In late September, the 10-year T-note returned to its July to early-September range, 1.50 percent to 1.60 percent and holding mortgages near 3.50 percent. At the end of last week, the market was testing the top, and this Friday’s job data will be definitive.

In late September, the 10-year T-note returned to its July to early-September range, 1.50 percent to 1.60 percent and holding mortgages near 3.50 percent.

At the end of last week, the market was testing the top, and this Friday’s job data will be definitive.

From Japan to Germany

If the Bank of Japan (BOJ) intends to keep its week-old promise to continue its $80 billion per month easing but hold Japanese government bond (JGB) 10s at 0 percent, the only way to push the yield back up to 0 percent is to sell some of the bonds it owns, or stop buying — either way, a monetary tightening. The BOJ is cornered, off into fantasy-based policy.

German yields fell in part because of Deutsche Bank (D-Bank) woes. “Schadenfreude” is the German word for enjoying the difficulties of someone else, and to have a German bank in trouble is delightful, especially in Greece, Italy, Portugal and Spain.

Germany has insisted that any nation with bank trouble should fix it, and without Euro or government help, enforcing the “bail-in” concept across the continent.

In cutesy bail-in, with no “out”-side help, repair is accomplished by wiping out not just the stockholders, but bond holders and uninsured depositors. Oblivious Merkel stuck to that principle the week before last, and by last Thursday a nifty little run began on D-Bank, institutional counterparties going elsewhere.

D-Bank’s stock has lost 90 percent of its value in eight years, and can neither be restructured nor bailed without government help. However, there is no real threat of contagion, U.S. banks thoroughly run-proofed.

Here in the States there is an election underway, but impossible to write about without offending half or more of readers. So leave the candidates out, and write about an issue which apparently will offend everyone.

Both candidates are opposed to global trade deals, and global trade itself as it has been conducted in the last 20 years.

The benefits of trade are clear as far back as archaeology goes — and as insuppressible and dislocating. Imagine out on a steppe somewhere ten or thirty thousand years ago that your band made accidental contact with another, and your new acquaintances included a flint-knapper producing points much better than your guy, and willing to trade for game and fur.

With better points you’ll hunt (and live) better, have the wherewithal to trade — but your knapper is in for a career change.

The fall of Rome was marked all over Europe by declines in pottery and livestock. As it became unsafe to trade high-quality specialized production, every locale had to produce everything it needed, whether good at it or not.

Five hundred years ago, north Europeans developed the modern trading art: Sell our specialized goods in trade for yours, and focus on better and better specialization, thus higher value-added by our people and greater wealth. In extreme form, sell manufactured goods in exchange for raw materials.

The temptation to cheat has always been overwhelming. The easiest: slap a tax on any imports which compete with domestic production. Protect those producers with “protectionism,” which of course begets retaliation.

The 20th Century Asian invention is today in constant use, “non-tariff barriers,” in which imports are suppressed by everything from bureaucrats to moral suasion — or by goons, often high-ranking.

Some protection must be given to poorly developed nations, which have neither monetary nor social capital to compete on a level field. And of course dislocated domestic workers and businesses must be helped.

The last 60 years has been marked by very successful trade deals — all elaborate, and all negotiated in secret because the horse-trading of specializations cannot survive politicking by minority but powerful interest-groups.

The uncomfortable news: those opposed to global trade need not worry, as global trade is contracting (charts below). But do worry about the economic consequences. 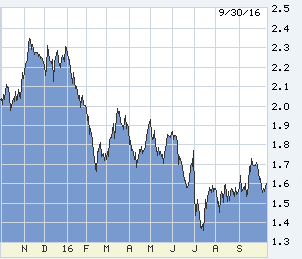 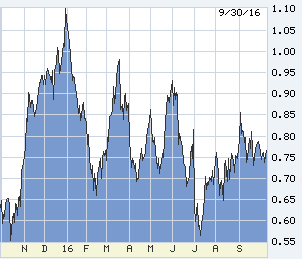 The 2-year T-note still says that nobody in the market believes the Fed’s threats to “normalize” the cost of money to 3.00 percent.

Since the 1990 opening of China and fall of the Iron Curtain, global trade has risen at a multiple of GDP growth. That ratio indicates a vast increase in trade of specializations. 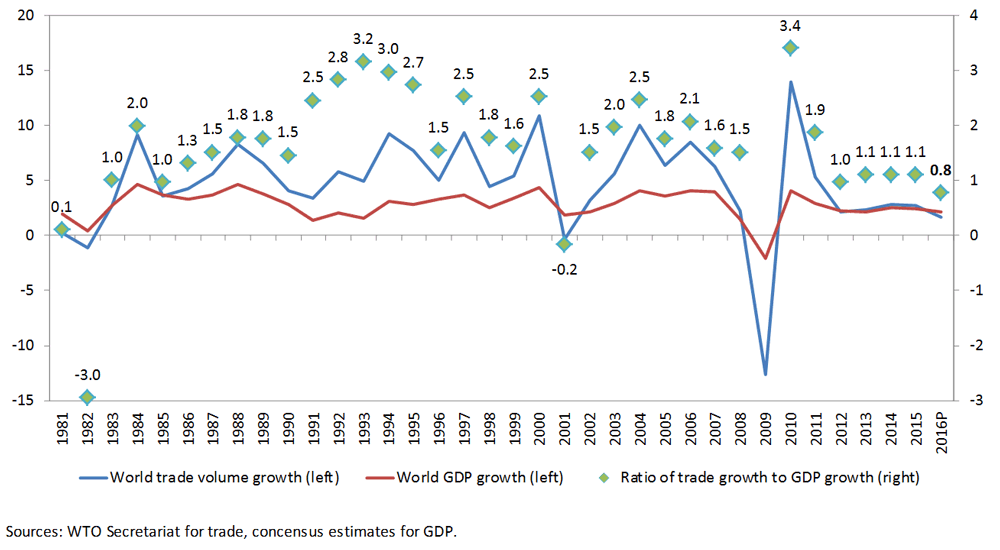 If you’re good at something, you and your workers are in clover; if not, ouch. During that same period, global businesses have sustained unprecedented profit margins, which have fed directly in to stock market valuations. This engine of global wealth is faltering now, not because of politics here or anywhere, but predatory over-production and under-consumption especially in China and Germany.

Cheating always wrecks the cheater, too. 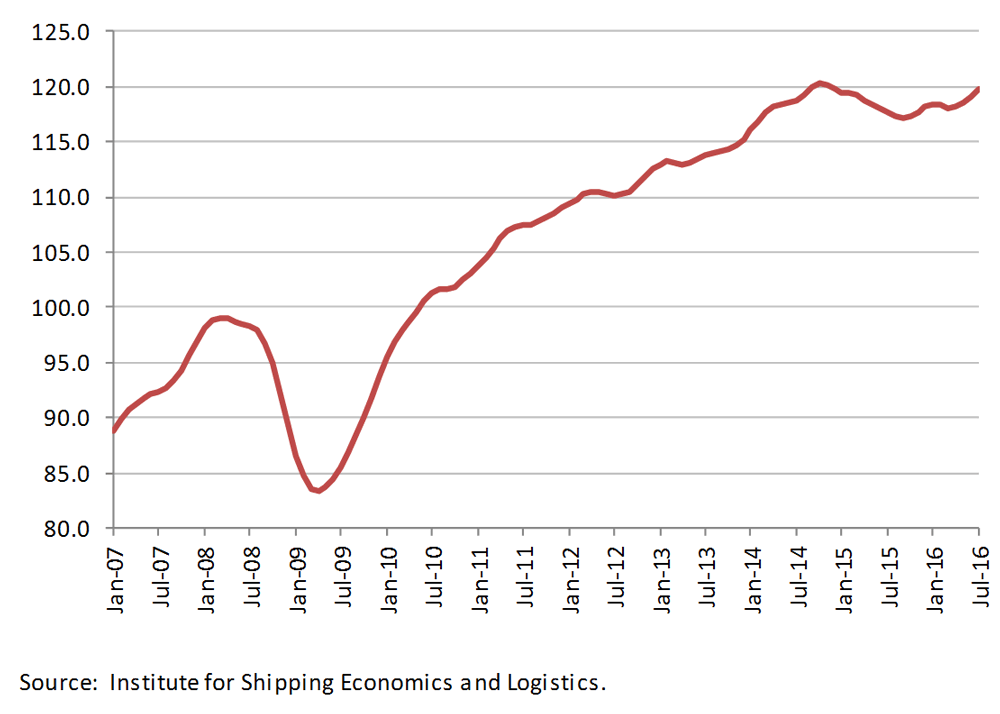 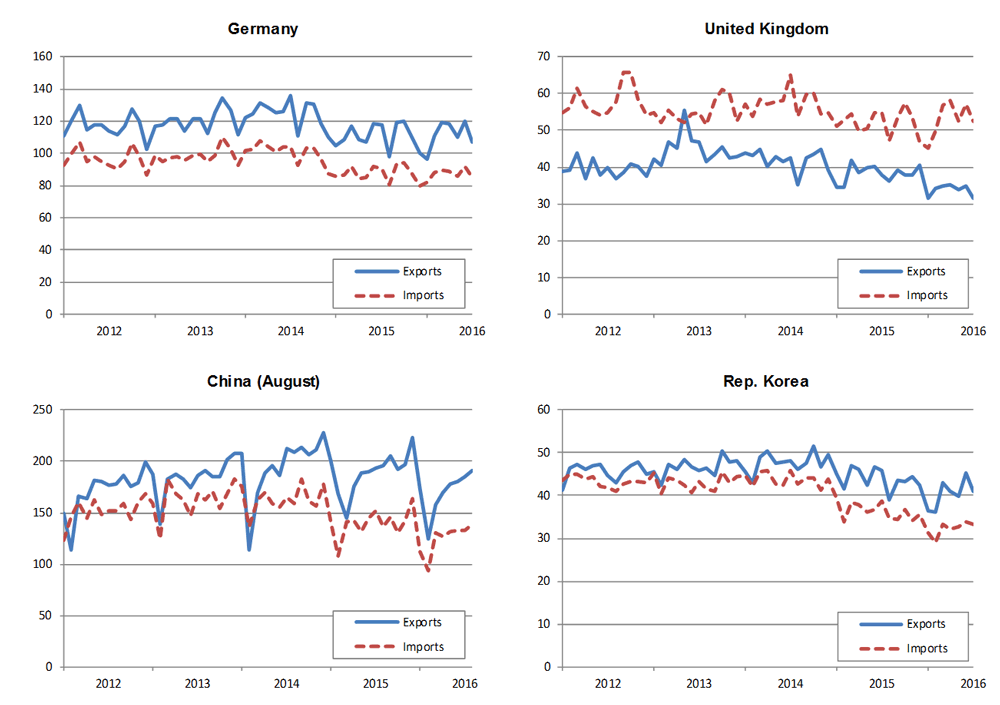 Note China’s sharp reduction in imports at the end of 2014, continuing. Its exports have slid, too, but imports far faster.

Germany is an arch-manager, and as its exports began to fall simultaneous with China’s import-reduction, Germany began to compress its imports also.

Korea likewise is counter-managing its imports down. (Note: The U.K. is in a very different situation, trade deficit growing because of safe-harbor cash pouring into the place and increasing demand for imports.). 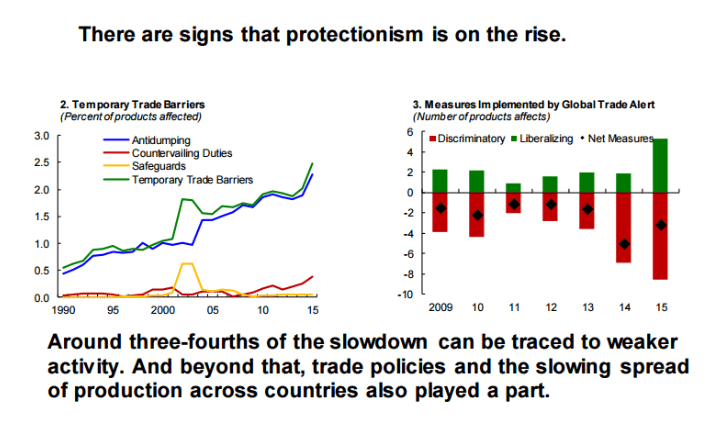 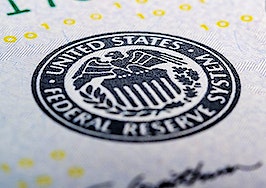 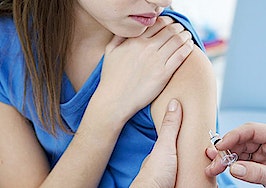 Builder confidence hits lowest level since June 2020
Back to top
Navigate real estate's new frontier at Inman Connect Las Vegas. Register with your Select subscriber discount for an extra $100 off!Learn more×
Limited Time Offer: Get 1 year of Inman Select for $199SUBSCRIBE×
Inmanpot
Log in
If you created your account with Google or Facebook
Don't have an account?
Create an Account
Forgot your password?
No Problem