News Corp. — which owns realtor.com operator Move — reported revenue of $2.12 billion in the second quarter of fiscal year 2017, down from $2.16 billion a year earlier.

News Corp. — which owns realtor.com operator Move  — reported revenue of $2.12 billion for the quarter, down by 2 percent from $2.16 billion a year earlier.

The media giant posted a loss of $290 million for the quarter compared to a profit of $62 million a year ago. The loss stemmed in large part from a write-down of the value of News Corp.’s Australian media properties.

Yet digital real estate holdings for the media group continued to hold momentum, with revenue from that segment increasing $34 million (16 percent year-over-year) to $242 million.

The increase can be attributed to “improved margins and robust audience gains,” according to Thomson.

Meanwhile, Move posted revenue of $93 million in the second quarter, up by 7 percent from the year before. That growth was driven by realtor.com’s Connection for Co-Brokerage ad product and non-listing media revenues, according to News Corp.

Move’s growth was partly offset by a $3 million decline in revenue at TigerLead, which was sold in November 2016.

Drawing on the resources of News Corp., including its portfolio of other digital real estate companies, realtor.com has unveiled a slew of new products and features in recent months.

In November, the listing portal rolled out a new version of its listing ad product for real estate agents and brokers. More recently, it announced augmented-reality (AR) and image-recognition features for its mobile search app, as well as virtual reality app and integration of 3-D home tours into its listings.

Morgan Stanley estimated realtor.com was worth $2.5 billion, Thomson said in December. That’s more than double the $950 million News Corp. paid for realtor.com in 2014.

REA Group bought iProperty Group, which owns a number of Southeast Asian property portals, in a deal that valued iProperty Group at more than $500 million in early 2016. Diakrit, which was purchased by News Corp. in early 2016, is a real estate marketing services firm. 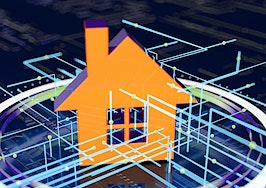 Sponsored Content
Explore the vast and impactful world of digital transaction technology
Back to top
Be part of the community driving real estate forward. Join thousands of top-producers at Inman Connect Las Vegas this August.Learn more×
Limited Time Offer: Get 1 year of Inman Select for $199SUBSCRIBE×
Inmanpot
Log in
If you created your account with Google or Facebook
Don't have an account?
Create an Account
Forgot your password?
No Problem