Although the national health care reform outlined in the American Health Care Act (AHCA) was pulled from the House of Representatives last week, a less-spotlighted bill that also deals with health care passed — and will now wend through the Senate before (perhaps) landing on President Trump’s desk for a signature.

Although the national health care reform outlined in the American Health Care Act (AHCA) was pulled from the House of Representatives last week, a less-spotlighted bill that also deals with health care did pass — and will now wend through the Senate before (perhaps) landing on President Trump’s desk for a signature.

It’s the Small Business Health Fairness Act of 2017, but instead of tackling the Patient Protection and Affordable Care Act (also known as PPACA, ACA or “Obamacare”), this bill attempts to tackle some issues with 1974’s Employee Retirement Income Security Act (ERISA).

The biggest potential change has to do with trade association health plan options. An announcement about the bill published last week by the National Association of Realtors (NAR) summed it up thusly: The new act amends ERISA “to exempt health care plans sponsored by trade and business associations from most state laws and regulations.”

“If there was a clear path to get it done and do it right, NAR would certainly consider an Association Health Plan down the road,” said NAR President Bill Brown in a statement. “This legislation is a long way from the finish line, but it’s an important starting place. We’re encouraged by the progress that Congress has made on this issue.”

What does it mean?

However, although businesses (like brokerages) can purchase group policies through the Small Business Health Options Program (SHOP) — established as part of the ACA — trade associations can’t currently offer something similar.

The act would essentially give real estate brokerages the ability to band together and negotiate for health coverage on a larger scale through a trade association.

Health insurance providers, like many other companies, give discounts for scale. It’s important that a health insurance company have a balanced risk pool, and large risk pools tend to be more balanced.

That’s why large corporations are typically able to provide better health benefits at lower cost to both themselves (per employee) and to employees — because they’re getting a bit of a break from the insurance company for bringing so many employees to the risk pool.

Small companies don’t have that negotiation power, but advocates say that AHPs would be one way to level the playing field because the association would be able to negotiate group rates for a number of small groups as one large representative entity.

“Proponents of such an approach point out that one of the biggest obstacles to employers offering coverage and individuals obtaining coverage is cost, and argue that AHPs would expand access and drive down costs,” noted an issue brief written in February by the American Academy of Actuaries.

“The success and practicality of such an approach for increasing coverage options and reducing premiums would depend on how the rules governing AHPs were written,” notes the actuary brief.

“Although AHPs would be offered in competition with other small group and individual market plans, they could operate under different rules.” And this could be dangerous for competition, causing market fragmentation and “adverse selection” — an insurance term for a market in which buyers have information that sellers don’t have, or vice verse.

The bill includes solvency and guarantee fund protections, which should theoretically address the potential problem of self-insured AHPs — a self-insured plan is one in which the employer (or association, in this case) assumes the financial risk for insuring employees, rather than passing that risk along to your health care insurance provider of choice.

The “issue, rating and benefit” rules danger is a little trickier.

Because AHPs would be formed across state lines, and because insurance regulations vary from state to state, which laws to follow can get dicey. In some multi-state arrangements, the insurance provider has had the legal ability to choose just one state’s rules to follow, disregarding regulations in other states — despite still operating in them.

The act as written currently does not allow AHPs to follow the issue, rating and benefit rules of a single state nationwide, however. It does require the AHP to become certified in any state where 25 percent or more of its covered plan members reside — which could be up to four states or as few as zero, depending on the association in question and its plan membership distribution.

The act as it’s written also seems to leave issue and rating alone. It does, however, allow the association sponsoring the AHP “to choose the health benefits included in the plan, as long as the plan meets certain federal and state statutory minimums,” according to the NAR announcement.

“Issue” refers to who can or can’t be issued health insurance. “These association sponsored health care plans could not make membership, payment, or coverage conditional on the health status of an enrollee,” said the NAR announcement.

“Rating” refers to a method that health insurance companies use to determine the premium that the insured person will pay. In health insurance, it’s usually determined either by “risk rating” (whether or not you as an individual smoke cigarettes, your age, your family history, among other factors) or by “community rating” (what the general health composition of your market looks like).

As NAR notes in its announcement, “previous versions of this bill have not garnered the necessary to support to advance” in the Senate when it’s been floated in the past.

With a Republican Senate majority and no major early opposition to the bill, however, it’s very possible that this time will prove the charm.

If it does pass the Senate, a statement of administration policy says that President Trump’s aides will advise him to sign it (assuming there are no major changes to the bill between now and the time it arrives on his desk).

“Forming Association Health Plans (AHPs) would help to closer align options for small businesses with those available to large businesses and labor unions, which are able to offer their employees and members common health benefits across State lines,” reads the statement.

NAR signed a letter in support of the bill in February.

“Establishing health insurance benefits through associations will make coverage more affordable by spreading risk among a much larger group, strengthening negotiating power with plans and providers, and reducing administrative costs,” states the letter.

Editor’s note: This story has been updated with a comment from NAR President Bill Brown. 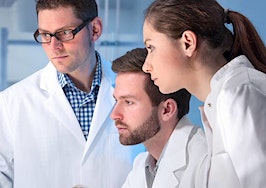