A new real estate agent just entering the industry is approached by a title partner who wonders if the agent would be interested in sharing marketing costs — creating advertising materials that include both the real estate agent’s and title partner’s name and contact information, also known as co-marketing. Is this OK, or is it a violation of the Real Estate Settlement Procedures Act (RESPA)?

A new real estate agent just entering the industry is approached by a title partner who wonders if the agent would be interested in sharing marketing costs — creating advertising materials that include both the real estate agent’s and title partner’s name and contact information, also known as co-marketing.

Is this OK, or is it a violation of the Real Estate Settlement Procedures Act (RESPA)?

This week, the National Association of Realtors (NAR) released some co-marketing “do’s and don’ts,” outlining what’s permissible for agents.

The issues of referrals and co-marketing are “very front and center in the eyes of members,” said NAR’s associate general counsel, Ralph Holmen. “We just wanted to provide one more tool to help them understand what’s permitted and what’s not — and, unfortunately, some of the gray areas.”

It’s welcome guidance in a time when agreements between real estate entities and lenders and title agents are under increasing scrutiny — especially in states where regulatory bodies are taking a very strict interpretation of RESPA, like Minnesota.

And agents and brokers are also operating in an era when the Consumer Financial Protection Bureau (CFPB) — the federal government agency charged with regulating and enforcing RESPA — has been engaging in what many in the industry are calling “regulation by enforcement.”

Break the (possibly unwritten) rules and you’ll receive no warning, but you might be slapped with a fine nonetheless.

What are the rules?

Agents should remember these basic guidelines when it comes to marketing with partners:

“You’ve got real estate brokers who are very worried that their agents are doing crazy things,” noted Ken Trepeta, president and executive director at the Real Estate Service Providers Council (RESPRO). “They’re worried that agents are getting their entire listing paid for by someone else, for example, and that they’re specifically referring business for that — ‘Hey, look, you pay for my whole listing (or even half of it) and I’ll send everyone your way.'”

This is one reason why NAR’s list of do’s and don’ts suggests securing corporate approval for any co-marketing agreements before moving forward with them, he said.

Trepeta added that any agent interested in a co-marketing agreement would be well-advised to secure the services of a RESPA-specific attorney. “An attorney might say, ‘Of course you should make this agreement exclusive’ — but you don’t want that in the agreement because it’s a RESPA violation,” he explained.

Doug Miller, executive director of CAARE (Consumer Advocates in American Real Estate), said via email that although it’s a good thing that NAR is “trying to document and categorize MSA practices that have previously been scrutinize, he doesn’t think that the list encompasses potential future issues.

“For example, while lenders and Realtors realize similar amounts of revenue that may make it financially feasible to market directly to consumers with mass mailings, that probably isn’t the case for title firms,” he said. “Even with a Realtor’s equal contribution to a joint title/Realtor mailing, it is unlikely that the title company will realize a profit from such a marketing piece unless that Realtor starts referring business to the title company.

“In other words, the only reason the title company would engage in such a marketing practice is if it were to be rewarded with referrals.”

Agents and brokers are “operating in an environment where the CFPB continues to rule by consent order, so it’s a little tricky out there,” Trepeta added.

What does this mean? Instead of publishing rule changes in the Federal Register and opening up the new rules for comments — the typical process for announcing regulation changes to the industry at large — the CFPB has been filing consent orders and issuing fines against lenders, title agencies and even some real estate agents for violating RESPA.

The enforcement method has actually landed the bureau in trouble itself; one lender, PHH, is fighting back against a $1.9 million fine levied for how it arranged captive reinsurance (which involves creating subsidiaries to assume a portion of the premium and the risk of insuring buyers who are putting down less than 20 percent on a home purchase).

A panel of appellate court judges in the PHH case ruled that the structure of the CFPB was unconstitutional back in October — partly based on how the CFPB handled its prosecution of the lender. Instead of filing a federal lawsuit (which is standard practice in these cases), the bureau filed an administrative adjudication claim.

Filing the claim this way gave the CFPB two advantages:

A “friend of the court” brief filed by NAR and several other trade organizations in March of this year stated that the order penalizing PHH “exceeded the bureau’s statutory authority and violated fundamental tenets of administrative law and fair notice.”

“The single-director structure of the CFPB represents a gross departure from settled historical practice,” wrote the panel of judges making the decision for the appeals court, which ruled that the CFPB’s structure was unconstitutional and that its director (Cordray) could be removed “at will” instead of “for cause” by the president.

The CFPB has appealed this ruling, and there will be another hearing in May by the full court of appellate judges.

“The cases are good cases; they are good enforcement actions,” opined Trepeta earlier this month. However, the CFPB’s consent-order dicta is another story.

“The bureau says too much in its consent orders, and when it does go to put out guidance, it puts out stuff that is imprecise or not particularly close to the interpretations that the industry has dealt with for the last 30 years or more,” Trepeta explained. “A lot of this stuff is deviating from commonly accepted practices.”

Up north in Minnesota

Some state agencies (most notably Minnesota’s) are also issuing fines for questionable RESPA behavior — so not only could an agent find himself targeted by the CFPB, but he might also have state regulators examining potential violations.

In 2015, the Minnesota Department of Commerce fined a title company for a river cruise that it said violated RESPA anti-kickback rules, alleging that the title company provided the cruise in exchange for referrals.

More recently, an agent in Minnesota was slapped with a $5,000 fine for allegedly referring clients to a title company in exchange for dinners and other benefits.

“It’s not illegal to refer or recommend people — it’s illegal to pay for it,” noted Trepeta.

One area of potential CFPB interest that hasn’t been explored very deeply yet — and probably has the potential for some movement — is leads.

“I would like to see a better fleshing out of where you draw the line between a lead generator and somebody who’s essentially putting referrals up for sale,” Trepeta opined. (Agents and brokers can refer leads to one another all day — collecting, perhaps, a flat fee or a portion of the final sales commission for compensation — but when a lender or title professional does the same thing for a real estate agent, that’s skirting close to dangerous RESPA territory.)

“It’s hard for us to speculate about what the CFPB might be doing next,” NAR’s Holmen noted. “There are some references to leads in the Prospect enforcement matter — maybe that’s what it suggests, but it would be nothing more than speculation.”

Trepeta thinks that the CFPB could start looking into leads that might be considered “too good” or “too expensive.” Heads up! 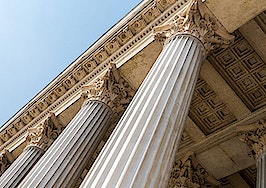 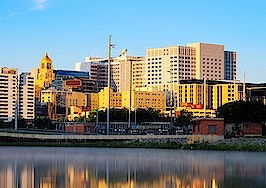