I recently attended a meeting at the Coldwell Banker global headquarters in Madison, New Jersey. I came to learn about the new Coldwell Banker Global Luxury program and was very excited to see that our leaders understand that luxury real estate goes beyond the U.S. borders.

While I was here, I also experienced a new type of restaurant, and I loved it. It was a diner, which you’d hardly call luxury, but located right among the wealthy.

It showed me what an affluent New Jersey town looks like. I saw the large homes in Summit, stayed at the Short Hills Hilton and visited the Short Hills Mall, which had a lot of the same luxury stores we have in Europe.

I have become extremely interested in what the affluent are doing around the world. And while the U.S. is obviously one of the wealthiest countries, I find that my U.S. luxury real estate agent friends are not as familiar with what is occurring elsewhere. I want to help change this.

There is quite a bit of wealthy migration occurring, and I recently saw a report, “Global Health Review: Worldwide Wealth and Wealth Migration Trends, created by Research and Markets, which showed that Australia continues to grow as a destination.

It was the second year in a row that Australia attracted more millionaires than any other country with a 38 percent increase over 2015. The U.S. was second over the past two yearsfollowed by Canada, UAE and New Zealand.

The report also shed light on why we all need to understand affluence globally because there are currently more than 13.6 million in the world with worldwide wealth of $69 trillion. And this expansion will continue in some surprising places.

Along with a changing world economy, a reason for this shift will largely be because of the tremendous transfer of wealth from one generation to the next.

I saw last year that Wealth X and NFP projected that the ultra-wealthy, those $30 million or more, were expected to transfer an astounding $3.9 trillion to their children over the next 10 years.

And, as I remind my American friends, this money is not only based in the U.S.

The World Wealth Report from Capgemini showed that seven of the 19nations with the most millionaires were in Europe. And we also have a lot of the world’s billionaires with four of the top 11 countries in Europe, according to Wealth X.

As the money gets younger, I expect the real estate industry will be impacted because the affluent will have an increasing world view.

So many have left their home countries to attend college, build careers and accept multi-national assignments. They are comfortable in the global society and are not afraid to venture abroad as they discover emerging luxury markets.

I realize that not every agent will have a client wanting to move to a different country, but I still think the more we know about what is happening across the world, the better service and value we will provide our clients.

I hope you are enjoying learning more about luxury real estate outside of the U.S. Next time, we’ll talk about how the Chinese are impacting the European housing market.

Century 21 France signs up for another 10 years

Why US luxury agents should be educated beyond the border 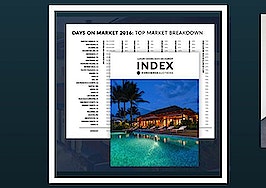 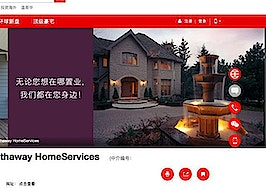