Homebuyers who view listings on property search sites never see the fees offered to buyer’s brokers by those listings. A proposed Colorado bill might have changed that in The Centennial State, but a committee in the Colorado House of Representatives overwhelmingly rejected the legislation Thursday.

Homebuyers who view listings on property search sites never see the fees offered to buyer’s brokers by those listings.

A proposed Colorado bill might have changed that in the Centennial State, but a committee in the Colorado House of Representatives voted overwhelmingly to “indefinitely postpone” the legislation on Thursday.

The bill was designed to introduce an unprecedented level of transparency around broker fees. And by encouraging buyers to negotiate their broker’s fee, it would have put downward pressure on real estate commissions, according to Denver-based Joshua Hunt, owner of low-fee brokerage Trelora, who lobbied for the bill. Some brokers disagree with that notion.

“[C]onsumers should be legally entitled to clear disclosure of the cost of the service for representation real estate agents,” said Colorado state congressman Paul Rosenthal, who sponsored the bill, in a press release.

“Our aim is not only to protect home buyers and sellers from price fixing, but also provide consumers with the essential information needed to make one of the most important decisions of their lives.”

While the Colorado General Assembly’s website says “when a bill is postponed indefinitely, it is ‘killed,'” Hunt says some representatives told him that the legislation would be reintroduced at the next Congressional session.

About the bill (and Trelora’s interest)

The “Concerning Transparency In The Fees To Be Paid to The Parties Agents In A Real Estate Traction” bill would have required any broker that markets their services “in connection with a specific property” to disclose the “broker’s fee for services rendered in connection with that property.”

The rule would have applied to online marketing, “including as part of a multiple listing service.”

This would have required property search sites to display offers of compensation to buyer’s brokers across all their listings, according to Hunt.

Trelora, whose listings often make unusually low offers of compensation to buyer’s brokers, began exposing buyer’s broker fees on its search site in January, exactly what the state bill would have mandated.

Hunt said REColorado, the Denver-area multiple listing service, sent a January cease-and-desist letter to Trelora after the brokerage began displaying this data. Trelora responded with a list of possible rule violations by other brokerages, according to Hunt.

“We haven’t heard from them since,” he said.

12-1 vote in motion to postpone indefinitely

But support for the bill is lacking. A motion by the Colorado House’s Committee on Business Affairs and Labor to “postpone” the bill “indefinitely” was passed Thursday in a vote of 12 to 1. Rosenthal, a Democrat, was the sole Congressman to vote against the motion.

CAR didn’t respond to a request for comment, but told Denver7 in a statement that the bill was “viewed as highly unnecessary and, as a result, was killed in committee.”

The trade group asserted that the bill was “initiated by one company” — presumably, Trelora — “to codify its own business model and improve its bottom line by recommending legislation that would force its business plan on an entire industry.”

“Broker compensation and fees are already transparent to the individuals involved in any real estate transaction,” it said. “Fees are disclosed to all brokers through the MLS and among all parties and their brokers through respective brokerage agreements.”

Hunt said that CAR argued against the bill in a hearing before the vote, pointing out that buyers can always ask their brokers about commissions, among other things.

CAR also maintained that the “bill [was] just for flat-fee companies [brokerages] and that all buyers can have [commission] info if they want,” according to Hunt, who also testified at the hearing.

The real estate division of the Colorado Department of Regulatory Agencies is “neutral on the bill” and did not speak at the hearing, Hunt said. The real estate regulator didn’t respond to requests for comment on Thursday or Friday.

Premise of the bill

The premise of the bill was that buyer’s brokers sometimes steer buyers away from listings that offer low fees, and that many buyers don’t realize that they can negotiate their broker’s fee.

Many brokers would contest these allegations, but Hunt says he’s observed this behavior time and again, as the owner of a low-fee brokerage.

Hunt offered up an illustration of this critique. Imagine a buyer was interested in two homes priced at $400,000, with the first offering a fee of $12,000 to buyer’s brokers and the second offering only $2,500 — which is what Trelora offers on many of its listings.

The buyer might see an opportunity to negotiate their broker’s commission if she purchased the listing with a $12,000 fee.

Learning the fees offered to her broker early on might have affected which listing the buyer chose to purchase, whether she negotiated her broker’s fee or how she crafted her offer, according to Hunt.

How does the bill differ from the current system?

This may seem redundant in light of the proposed bill (which would have required that offers of compensation to buyer’s brokers be included in listing marketing) — but the bill was also designed to spur both the listing broker and buyer’s broker to clearly disclose their fees to buyer and seller when an offer would be signed.

The logic was that the fee disclosed in a buyer-broker agreement can differ from what the buyer’s broker is ultimately paid.

Most Colorado buyer-broker agreements specify a fee for a buyer’s broker, and require the selection of one of three payment options:

At the moment, the 3 percent fee would not appear in the standard Colorado state purchase agreement. Hunt says that means some buyers wouldn’t learn about the 3 percent fee until just before closing, if at all.

To head off that sort of scenario, the now-suspended bill would have mandated that “at or before the closing of any transaction in which the services of a broker are provided, the amount of any fee, commission, or other charge that is paid or owed to each broker must be set forth in writing and separately accounted for, either as part of the contract or in a contemporaneous document furnished to all parties.”

The bill also stated that “if the amount paid or owed to any broker is allocated between or among the parties to the transaction, the portion for which each party is responsible must be separately stated.”

Editor’s note: This story has been updated with a statement that the Colorado Association of Realtors sent to Denver7. 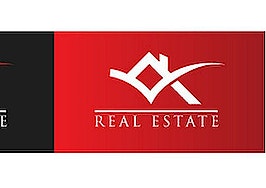 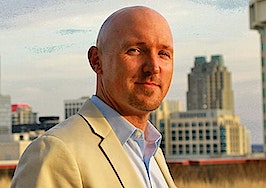 Is 'pay what you want' crazy enough to work in real estate?
Back to top
Only 3 days left to register for Inman Connect Las Vegas before prices go up! Don't miss the premier event for real estate pros.Register Now ×
Limited Time Offer: Get 1 year of Inman Select for $199SUBSCRIBE×
Inmanpot
Log in
If you created your account with Google or Facebook
Don't have an account?
Create an Account
Forgot your password?
No Problem