I was fortunate enough to speak at the Asian Real Estate Association of America’s Global Luxury Summit among an incredible group of agents who specialize in luxury real estate.

While there, I got a sense for how little the American luxury agent really knows about what is occurring outside the U.S.

As globalized as our economy is, I think it’s important to be aware of international real estate matters, particularly the four that follow:

The affluent Chinese are on a buying spree in Europe. They are spending billions of dollars on buying soccer teams (including AC Milan), land, vineyards, clothing brands and other companies..

This trend grew tremendously in 2013, and it continued to peak through last year. In fact, Baker McKenzie — a law firm that has been tracking Chinese investments — shared that European investment increased 90 percent in 2016: The Chinese spent $46 billion there, which is less than the $48 billion they spent in the U.S., but still significant.

The report explained that more than half of Chinese investment in Europe has happened in the last three years, and more Chinese are purchasing luxury homes there as a result.

Although plenty of Chinese buyers have invested in European castles and estates before, the rate at which they are investing in European real estate has now reached a new level comparable to that of cities like San Francisco and New York City.

Chinese interest in U.S. trophy homes has been well-documented for years. In Europe, however, the focus on luxury real estate is just beginning, and this is because the Chinese investor needs a home while doing business in Europe.

2. Collaborations between law and real estate

Collaboration between lawyers and real estate agents is necessary for working on legal and tax structure issues during the property acquisition process, and clients rarely need to be contacted directly for these matters.

While the Chinese are very popular investors, the U.S. also benefits from investments made by the Middle East, a group that tends to work closely with International Banker.

Quite a few affluent Middle Eastern investors allow their banker to work with a real estate agent long before they begin the search for a home, and the banker usually knows what the client is looking for and narrows down the properties in advance.

I currently have a client from Kuwait who works with a Bank of Kuwait employee.

The bank employee is trusted by my client and is responsible for looking at properties for livability and investment purposes. She has already looked at a selection of three-bedroom properties in close proximity to the Champs-Élysées, and she will soon bring our client to Paris to tour with us.

4. The impact of international politics

As you can imagine, investments are greatly impacted by politics and how comfortable the affluent are with the changes.

I am really curious to see how the recent elections in the U.S. and France impact luxury real estate spending.

Now that Macron won the French presidency, we no longer have to worry about pulling out of the European Union, which would have essentially cut France off from the world.

Paris remains one of the world’s most loved and wealthiest cities. We are home to 22 billionaires and we’ve come out ninth on the list of wealthiest cities in the world, but all that could change should a shift in politics occur.

We might also see many financial institutions move here from London because of Brexit.

As the world continues to change, we must stay educated and informed about the politics and current events that impact our industry.

Why US luxury agents should be educated beyond the border 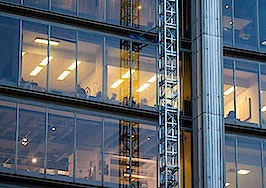