Claudia Hartley works from home as a knitted textile designer. The size of her micro apartment? Thirteen square meters, or just under 140 square feet.

Claudia Hartley works from home as a knitted textile designer. But if she were employed outside her house, she’d “have no trouble at all” making her small flat in Brighton, England work. “It’s just important to be a bit more selective” about items she wants versus those she needs.

The size of her micro apartment? Thirteen square meters, or just under 140 square feet. Or about the size of a decent college dorm room, according to sellhousefast.uk — the British equivalent of the States’ “We Buy Ugly Houses” company, aka HomeVestors of America. 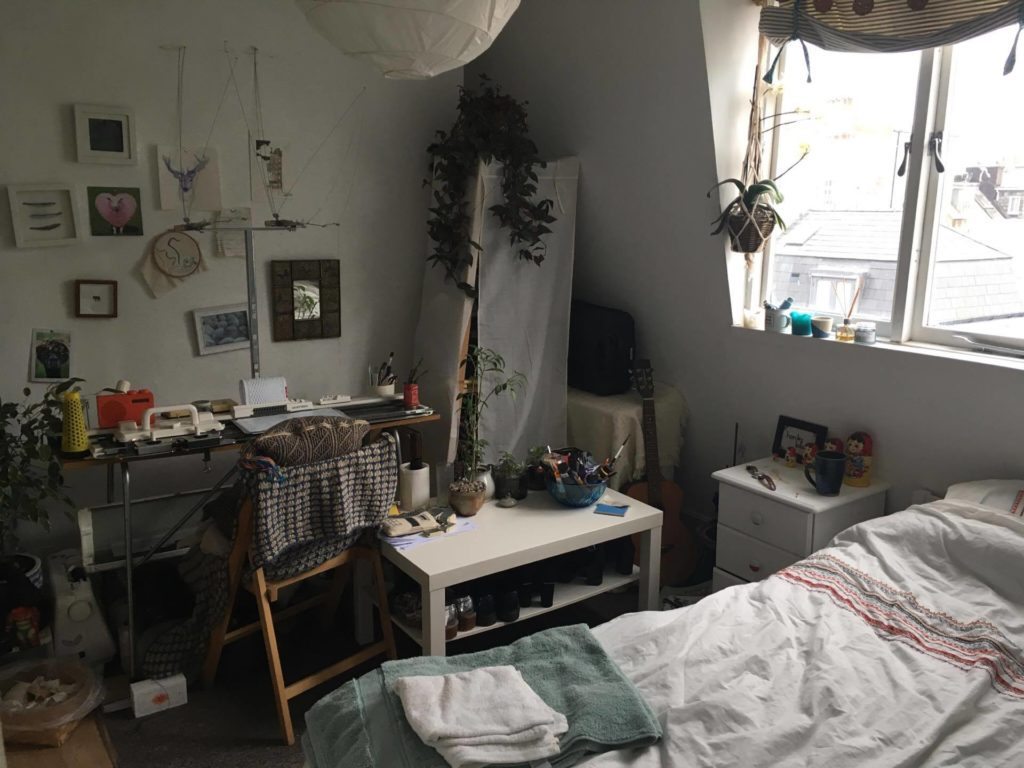 In a recent study, the company found that the U.K. has the smallest houses in Europe.

The average three-bedroom home countrywide measures 947 square feet, considerably smaller than in the U.S., where the median is 1,900 square feet, according to the National Association of Realtors — and 5.3 square feet smaller than the regulatory minimum here.

It is similar to the so-called tiny house movement in America, only here, it is a real, honest-to-goodness trend. Call it “The Incredible Shrinking House.”

A 2015 law requires flats to be as least 398 square feet, but a 2013 law allows unsuccessful commercial properties to be converted into residential buildings without having to go through the planning process — and without the need to abide by minimum size standards.

Consequently, an increasing number of Brits are living in homes the size of an average American bedroom. 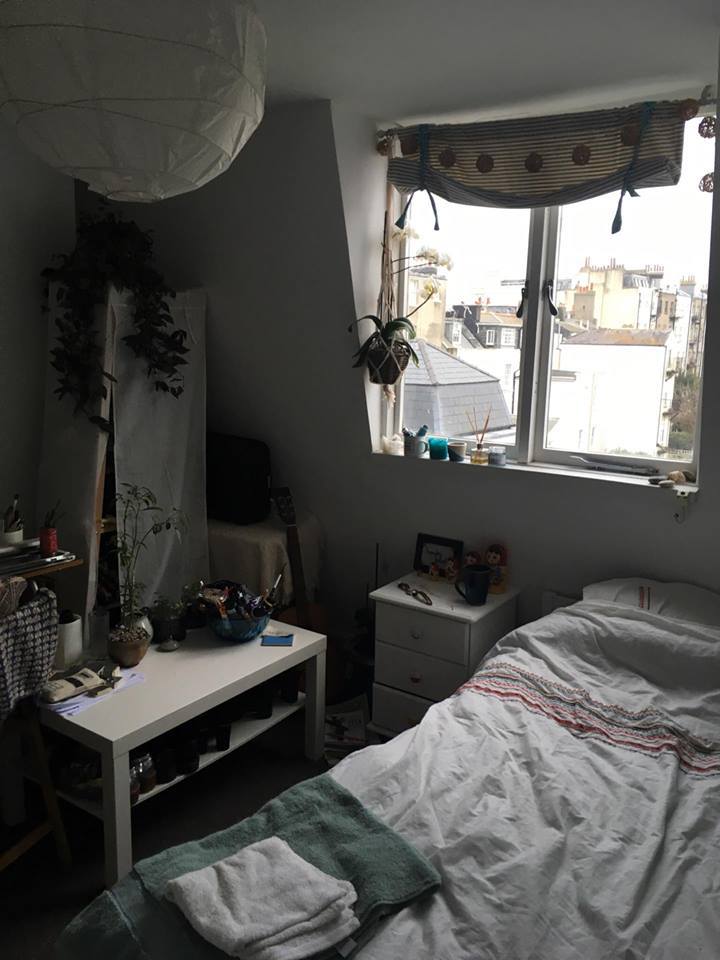 Last year, former commercial properties provided about 12 percent of all the new homes built in England.

Somewhere to rest your head

“We are seeing small spaces for individual homeowners and families, as consumers are forced to accept what the market offers,” says Robby du Toit of sellhousefast. “They are prepared to accept less than they want because house prices are substantially high.”

As du Toit sees it, Britain’s tiny houses are not suitable for families in need of space. And the lack of options is making people delay buying a home and having children.

But for the rising numbers of young people who don’t spend much time in their residences, small places “are ideal — just a house, somewhere to sleep, eat and leave important possessions.”

U.K. vs. the Netherlands

The U.K. has some of the smallest homes in Europe and the smallest size requirements. The smallest are in Yorkshire, at an average of 84 square meters or 904 square feet.

And within that area are three-bedrooms.

But even at that, London’s houses are 11 square meters smaller than they were just four years ago. At the same time, new homes in London are being built in one instance up to 7,315 square meters or 7,874 square feet.

According to the quick sale company, the Netherlands has the roomiest houses in Europe at 137 square meters or 1,474 square feet.

Could this be why it frequently tops Europe’s “happiest country” lists?

Back here in Brighton, Hartley says she enjoys her micro-flat. “I have one half of the loft in an old terraced home,” she says.

Although the place is “very small,” the “rent is really cheap,” she says. Besides, she was at the end of her tenancy in her old place “and needed somewhere affordable to live immediately.”

The textile designer came from a furnished apartment, so she didn’t have much personal property to bring with her. Still, her knitting machine takes up the most space in her new digs.

The biggest negatives: “I’m spending a lot more time working from home than I had anticipated when I originally moved in … With the sloping wall, fitting in furniture was a nightmare.”

And the biggest positive: “Because I’m so far up, I get a great view.” 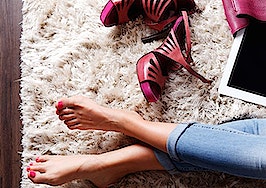 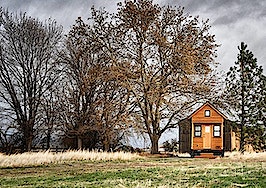 Could tiny homes be one answer to real estate affordability issues?