A Utah FSBO platform that has roiled local Realtors has reportedly acquired a broker license, in part due to an investigation by the Utah Division of Real Estate. Real estate startup Homie, which recently closed a $4.5 million funding round, uses proprietary technology and attorneys to serve sellers and homebuyers. Investigators with the Utah Division of Real Estate questioned a number of Homie clients about the startup.

A Utah for-sale-by-owner (FSBO) platform that has roiled local Realtors has reportedly acquired a broker license, in part due to an investigation by the Utah Division of Real Estate.

Real estate startup Homie, which recently closed a $4.5 million funding round, uses proprietary technology and attorneys to serve homesellers and buyers. Investigators with the Utah Division of Real Estate questioned a number of Homie clients about the startup, prompting the firm’s CEO to meet with the regulator and offer to obtain a broker license, according to Homie CEO Johnny Hanna.

The case shows how regulatory scrutiny and industry backlash can pressure hard-charging real estate startups to adjust their business models. It follows a similar investigation of the Washington startup Faira, which adopted a new business practice to settle the probe.

Launched 18 months ago, Homie claims to be the seventh largest brokerage in Utah. It said it closed 800 transactions in the last year and has a “run rate just under 3 percent marketshare,” which in 2016 would have amounted to 1,470 deals, according to Hanna.

Buyers receive showings from Homie agents, can make online offers and receive attorney assistance. Homie only pockets $900 of the buy-side commission, allowing buyer clients to use the remainder to cover closing costs, buy down their mortgage rate or negotiate a lower home sales price.

‘Not interested in picking a fight with the government’

When asked if the investigation drove Homie to get a broker license, Hanna said, “we wanted to have a good relationship with the [agency].”

Hanna said the regulator was likely investigating Homie for allegedly operating as an unlicensed brokerage. “They expressed that concern,” he said.

But Hanna emphasized that Homie has had a positive relationship with the division ever since he met with government staff to discuss their concerns, and that he does not want to call attention to the regulator’s investigation.

He assumes the probe has concluded because he hasn’t heard from the division in several months, but he doesn’t know for sure. Homie acquired a broker license on June 12, after he met with the division and volunteered to become a brokerage several months ago.

The division told Inman it never issued a cease and desist letter to Homie but would not say if it had investigated the FSBO platform. Asked about the Homie probe, a records keeper would only say that, “if somebody has told you they are under investigation, there are reasons they have for saying that.”

As part of its investigation, the Utah regulator contacted homebuilders, homebuyers, sellers and closing partners that had worked with Homie to ask questions about its business model, according to Hanna. He declined to provide any documentation of these communications because he said he did not want to publicize the investigation. (A Utah Realtor tipped Inman off to the probe.)

“We’re not interested in picking a fight with the government,” he said.

The investigation contributed to Homie’s decision to get a license, but the startup also saw other perks, such as the ability to list properties on the MLS, Hanna said. Homie had previously offered sellers the option to list on the MLS through low-fee broker partners, but now the company will post listings there itself.

Another motivation was Homie’s desire to placate competitors. The industry has waged war against the startup. Brokerages have run ads bashing Homie, slapped the startup with cease and desist letters and left scathing reviews online, Hanna said.

He said he thought that he and the Utah Division of Real Estate had agreed that equipping Homie with a broker license “would calm the rest of real estate community down.”

But they were wrong.

“All the Realtors are still not friendly here in Utah,” Hanna said.

“This is what has really riled up the community and it’s totally unfair that they paint us as not knowing what we are doing and not worth what we are paid.”

Homie is gearing up to expand to other markets and expects to raise at least $10 million in a Series A funding round. “I would like to raise as much as humanly possible,” he said.

He noted that “our traction is bigger than just about any other company in our same spot.”

The Washington State Department of Licensing charged the company with operating as an unlicensed brokerage last year. At the time, Faira noted that it had a broker license under a subsidiary, but the startup later settled the investigation by agreeing to hold a homebuyer fee in a trust account until the firm’s money-back guarantee expires.

He attached a formal document with the following response from the regulator: “There are no transcripts of a meeting with Jonny Hanna [sic]. Notes of a meeting, if any, are protected and not subject to public access. The Division does not reveal details of an investigation.” 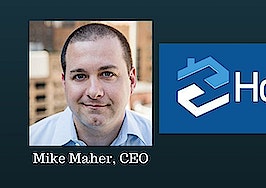 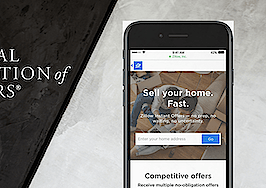 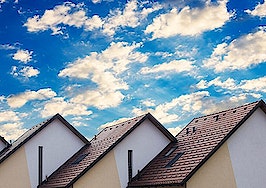 Vesta raises $30M in Series A funding to streamline mortgage lending
Back to top
Thousands of real estate pros joined us virtually for Connect Now and you can access the replays with a 2022 bundle.Access Now×
Agent Appreciation Sale: Inman Select for only $85.CLAIM OFFER×
Inmanpot
Log in
If you created your account with Google or Facebook
Don't have an account?
Create an Account
Forgot your password?
No Problem