Trulia
by Amber Taufen
Share this article
You successfully shared the article.
Close

According to “Real Estate Regrets: Recovery Edition”  — new research from real estate portal Trulia comparing a sentiment survey from 2013 with new data collected between June 28 and June 30 this year — the biggest homeowner regret was not choosing a larger home, while the biggest renter regret was continuing to rent instead of buying.

Do you know if that buyer you helped find a house last year is really happy with her choice … or do you think she feels like she settled for less?

According to “Real Estate Regrets: Recovery Edition”  — new research from real estate portal Trulia comparing a sentiment survey from 2013 with new data collected between June 28 and June 30 this year — the biggest homeowner regret was not choosing a larger home, while the biggest renter regret was continuing to rent instead of buying.

Comparing the past with today

Trulia conducted a similar survey in 2013 (“Woulda Shoulda Coulda: Real Estate Regrets To Avoid“) and used it as a comparison point for the 2017 analysis.

“The market’s wild ride has left scars since we last asked Americans what they shoulda, coulda and woulda done about their real estate decisions in 2013,” Trulia wrote in its report. “Today, 44 percent of Americans have a regret about their current home or the process they went through when choosing it, a slight decrease from 46 percent five years ago.”

Millennials, however, tend to be more regretful than their boomer counterparts about every decision — not entirely surprising, since this generation is newer to the homebuying process and boomers have (theoretically) had more time to learn what not to do.

How are Americans feeling about buying in general? 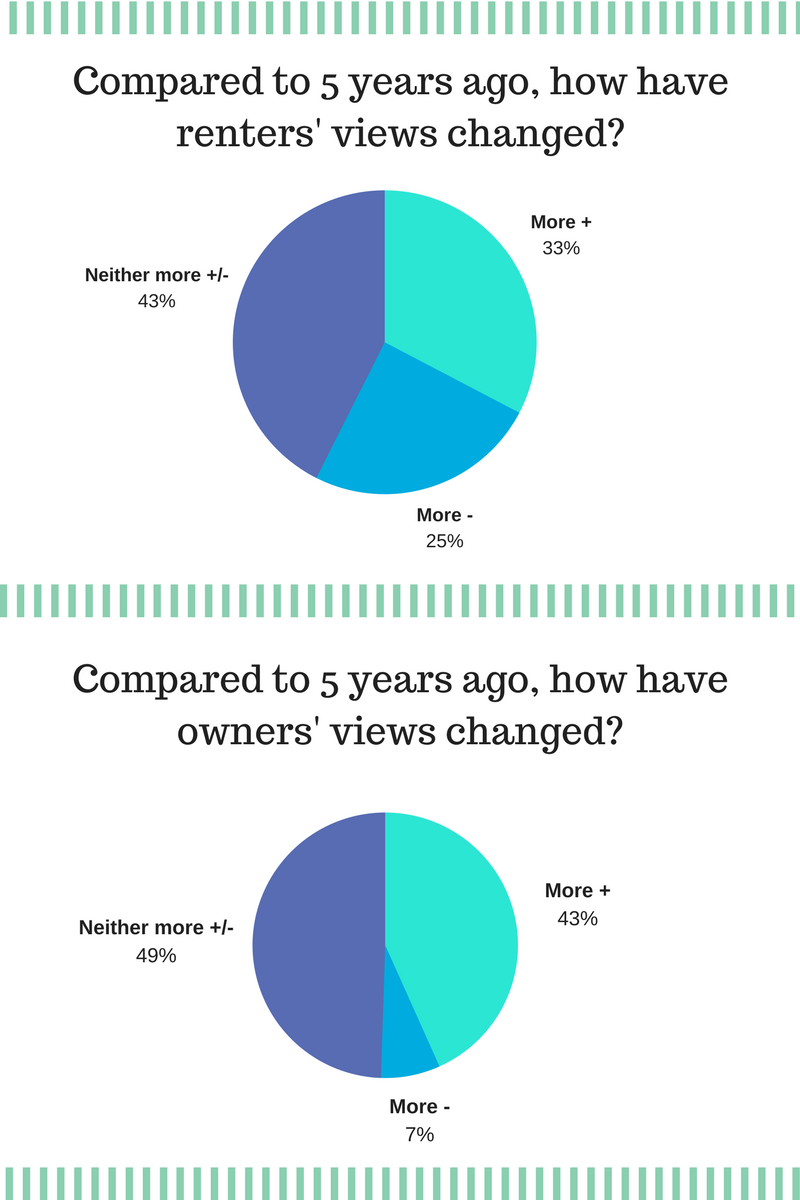 How are owners and renters feeling?

One regret that fell significantly between 2013 and 2017 was the share of homeowners who said they regretted not having enough information before making a decision about their current home — it dropped to 15 percent in 2017 from 22 percent in 2013.

Renters were also less regretful overall — since 2013, Trulia reported that “the share of those expressing regrets when choosing their current home has decreased from 52 percent to 51 percent.” However, in that same timeframe, the share of “regretful renters” dropped 4 percentage points.

“As for regrets regarding home size, just one in three renters regretted not choosing a larger home compared to nearly 40 percent in 2013,” Trulia reported.

The biggest regret among renters was not buying instead of renting — 41 percent of renter respondents reported this regret.

Like homeowners, the share of renters who said they regretted not having enough information before deciding on their current home fell 7 percentage points, from 21 percent in 2013 to 14 percent in 2017.

How are millennials and boomers feeling?

In general, millennials were more likely to report feeling positive about the housing market — 48 percent of millennials said they had at least a somewhat more positive view since the market bottomed out.

Millennials were more regretful than baby boomers, however. “Among those with regrets, young adults, ages 18 to 34, were the most likely, 71 percent, to have regrets,” Trulia reported. 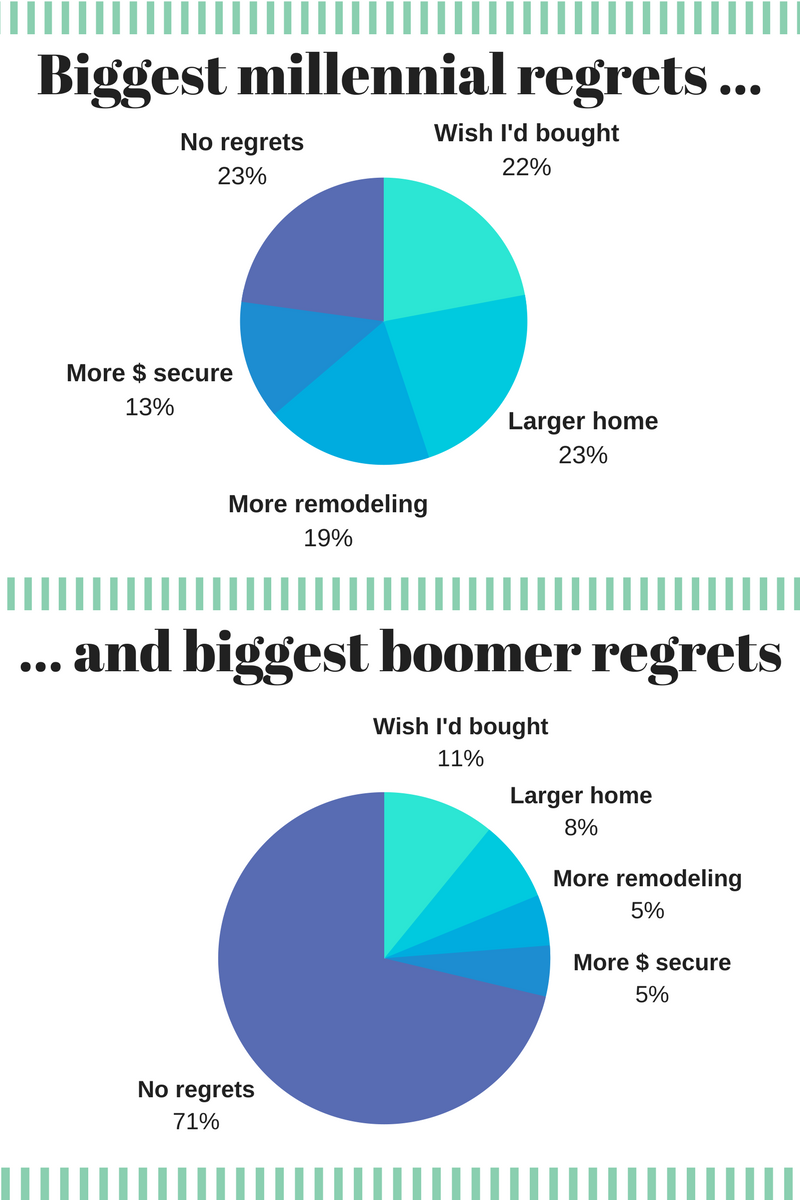 By contrast, 28 percent of boomer respondents reported housing regrets about their current home. The biggest boomer regret (about 1 in 10) was renting instead of buying; 8 percent said they wished they had a bigger home, and 3 percent wished they had a smaller home.

Who else has regrets?

“Surprisingly, whether Americans had regrets about getting their current home seems to have been influenced by income,” Trulia reported. “That is, if they made more, they had more regrets.”

Half of respondents (50 percent) who were involved in the home selection process and who reported making more than $100,000 annually had housing regrets, Trulia reported — that’s compared with 44 percent overall.

“Home size was the biggest regret,” Trulia reported. “One in five high-income Americans wished they had a larger, 18 percent, or smaller, 4 percent, home.” They were also more likely (13 percent vs. 8 percent overall) to wish they had put more money down on their current home.

Parents also tend to be more regretful than the general population, the company reported. Parents with children under the age of 18 were more likely than those who were not parents of young children (9 percent vs. 6 percent) to say they wished they had more information about the neighborhood before moving into their current home. “Specifically, 13 percent of parents of school-aged children wished they had chosen a neighborhood with better school,” Trulia reported.

Harris Poll conducted an online survey for Trulia between June 28 and June 30, 2017, involving 2,264 respondents. The company compared the results of the 2017 survey with a similar sentiment survey conducted by Trulia in 2013. 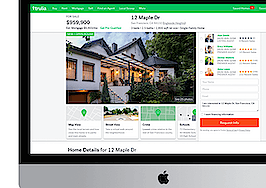 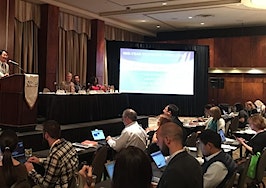