My new weekly email feature offers thoughts on the industry and more. Here’s last week’s if you missed it. Send me feedback at brad@inman.com. And if you would like this in your inbox every Friday, sign up here:

I recently told the tale of my recent encounter buying a house. In episode #2, industry practices and gimmicks conspire to almost muck up a deal.

Once, many years ago, I got totally aggravated by how dirty my shower had gotten.

In my impulse to clean up the mess, I threw some Clorox on the tile floor and then sprayed liquid ammonia on the walls. I nearly died.

Another volatile combination I have learned about firsthand is a pocket listing in a dual-agency homeselling situation.

Our purchase offer was a 45-day close at full price. What could possibly go wrong? Lots.

Since it was a pocket listing, the sellers began to think that they had priced their jewel too low, like the delayed garage sale remorse when a browser fanning through your vintage albums asks, without looking up, “How much for this?” And he has a Franklin in your palm just as you spit out “$20.”

Cold feet on a house sale can be 10 degrees chillier.

The seriousness of the sellers’ second thoughts didn’t surface until 30 days into escrow; every day compounds the tension once the fretting sets in. There was nothing nefarious by anybody involved — just raw human emotions — but the setup stoked anxiety. I actually think we may have paid more than true market value, but I am not losing any sleep over it.

Nevertheless, the seller’s trepidation led them to worry the property was underpriced because of a perceived dual-agency cabal. The seller and I had different agents, but they worked at the same brokerage.

When trouble arises in a dual agency deal, the brokerage is expected to straddle both sides, which is tricky and can lead to perceived if not real conflicts of interest. The pocket listing and dual agency combo can be like putting your finger in a light socket.

Add general seller anxiety about moving out of the house, and in our case, everyone had to be lawyered up.

All of the agents were professional, they helped get the deal done and I would use them again.

But let’s put an end to dual agency and pocket listings.  The opportunities for conflicts, lawsuits and problems are boundless. It is like lining your front porch with banana peels before people leave your dinner party.

Next episode: The homebuying Zombies: Locksmiths, utilities, AT&T and the pool guy.

Suddenly, real estate has become as hot as fidget spinners for investors and technology companies. 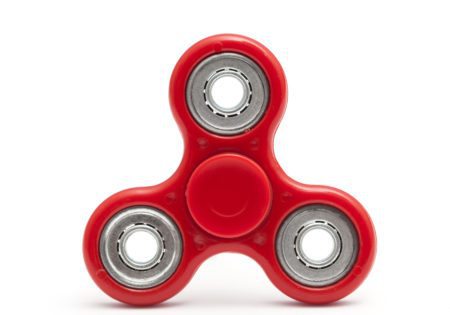 Start with the FANG companies — Facebook , Amazon, Netflix and Google — the gang of four tech titans.

F and G are squarely in the real estate advertising space, clamoring to grab a greater share of industry ad dollars. And this week, Inman broke the story that Amazon may be taking aim at the agent referral business.

Is there an angle for Netflix? Maybe there is a true-crime drama about the Airbnb tenant who got kidnapped by the Lyft driver who was a part-time Zillow Premier Agent.

FANGs aren’t the only big shots lathered up by the real estate opportunity.

An explosion of new startups, led by Silicon Valley darling Opendoor, are dragging Wall Street investors into the market to the tune of billions of dollars.

Their business model is different from the digital advertising middlemen — Facebook, Google and Zillow.

It is a direct transaction model, which has gotten the support of Wall Street investors who make their money on fees and owning stuff. Their appetite for residential real estate has soared in the last few years, after they made a killing on the foreclosure market.

This makes it more disruptive. Stealing ad dollars from newspapers and magazines was interesting but not threatening to the old ways.

Wall Street buying up properties through a tech middleman and re-selling through the same channel looks more like business models that shook other industries and began to change the rules.

Wall Street is hardly a stranger in the real estate world. But every time it makes a big splash, there are unintended consequences.

Zillow dukes it out with big New York brokers

My version of an extreme sport is to ride my bike down 5th Ave as fast as I can from uptown to downtown on a hot summer day — nothing like it. The negotiating with cabs, trucks and buses is a big rush. In the end, you get home exhausted and exhilarated but the deal is done. 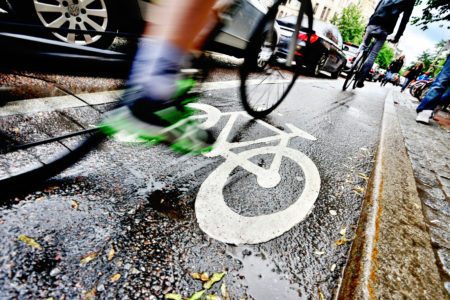 Inman reported on a data brawl in New York City where Zillow rejected a listing feed from the big brokers there.

This is how it works in The Big City — ducking, weaving, pushing, shoving, cajoling, positioning and capitulating once all of the right special interests are served.

One morning, you read about the scuffle between the big brokers and Zillow; by the end of next week, you might expect to hear about an unexpected resolution.

You’ll wonder how things got from angry fists to a friendly embrace so fast.

The serial arsonist in Oakland, California, is at it again. Authorities are investigating the fifth fire in the last year, this one close to downtown. The targets are new housing construction in a region that sorely needs housing.

Is this some version of political anarchy? Seems so.

“Investigators released grainy images of a man in a sweatshirt riding a bicycle and wearing a backpack in the middle of the night near the seven-story complex,” according to a report in the San Francisco Chronicle. “A similar fire struck the project last July, and the second fire happened despite armed guards and surveillance cameras.”

As often occurs when there is so much collective anger, the extremes let loose with their criminal rage. Eventually, someone will get hurt.

This week I passed by the New York City townhouse at 18 West 11th Street that was destroyed in 1970 when a bomb being constructed by the Weather Underground in the basement accidentally exploded, reducing the building site to rubble.

It became a symbol of how things were out of control in our troubled country. 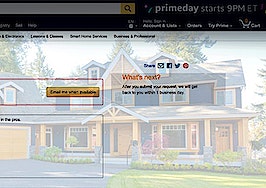