SAN FRANCISCO — Growth. Everyone wants it, but not everyone knows how to achieve it. Luckily for Tuesday’s crowd at Agent Connect, Vija Williams, Keir Weimer and Danielle Lazier took the Inman stage to share some valuable insights and answer questions about their journey going from solo agent to team.

SAN FRANCISCO — Growth. Everyone wants it, but not everyone knows how to achieve it. Luckily for those looking to grow by transitioning from solo agent to team, Tuesday’s Agent Connect was full of answers; Vija Williams, Keir Weimer and Danielle Lazier took the Inman stage to share some valuable insights and address questions about building a team the best way possible.

Williams has a team of 10 at the Vija Group in Seattle, Washington; Weimer has been running a team of eight people in upstate New York for about two and half years; and Lazier runs a team of four at Danielle Lazier and Associates at Compass.

Although each took a different path to growth and team building, they all made it happen — and here’s a little glimpse into how.

How long were you solo, and what made you expand?

“Judging by their ages, longer than them,” Williams quipped, referred to her fellow panelists. “So, I was a solo agent for most of my career — for about 13 years — before I started a team, which I think makes me a little bit unusual.” 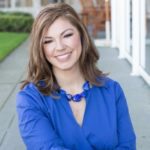 Williams said her lengthy run as a solo agent was a bit of a “handicap” because she’d gotten so entrenched in her independent ways. Even so, she knew building a team was the right path for her.

So why exactly did Williams decide to expand? The agent said she wanted the next stage of her career to involve growing through others: “This is the stage of my life — and my career, now — where I get more joy derived out of giving real estate agents careers and amazing lives than I do selling out houses at this stage. Leadership is what floats my boat.” 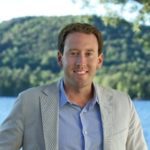 Williams says the rush and joy most agents get when they’re “selling houses across that kitchen table” is the rush she gets when she watches one of her agents succeed. It’s watching an agent make a sale or buy a car or go on vacation or buy a house that makes me way more excited now, she said.

“That’s when you know you should be a team leader, I think,” she added.

On the other end of the spectrum, Weimer was in the real estate business for just over two years before he decided to expand. After benefiting from a “breakout” second year, he felt the need to form “a structure and an organization that could really scale, but could do it in an organic way where we weren’t sacrificing service and marketing and experience for our client,” he said. 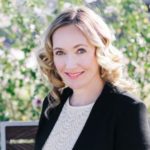 Weimer’s vision grew exponentially in that second year, and he knew a team would be the best vehicle for profitable development.

Lazier was a solo agent for about seven years before starting the process of growing a team, which she said involved many phases. The team she has today is four years old, but she has business partnerships that are much older.

What was your biggest team-building mistake?

“I got a little burned out and I completely disengaged from my team,” Williams said. Her short answer left us wanting more, but she’ll be taking the main stage later to reveal details about what she called an “absolute epic failure.”

Weimer said his mistake was not immediately recognizing the need to slow down in order to speed up. Focusing on establishing systems, finding the right people and building a strong structure is necessary if you’re planning to grow.

“I was all top-line. I was all leads, portfolio development … just trying to grow … but then we had the volume come in and we weren’t able to handle it.” You can’t grow efficiently without a good system in place. Weimer recommends focusing on the processes.

“Realize that, if you can build a house the right way, it’s going to be much better for everybody — team members, clients and yourself — as you grow,” he said.

Lazier says people often make the mistake of building a team for the wrong reasons. Teaming up has become trendy for real estate professionals, and Lazier admits that’s what drew her to the idea — at first.

She knew she wanted to mentor and do something bigger that what she was capable of doing on her own. She wanted to scale without sacrificing the five-star service she normally gave her clients, and figuring out how to do it was a learning process. Diving into something new without thinking everything through would be a mistake.

These positions require very different personality traits. The right hires may not be the ones you relate to most, but they’ll definitely be the ones who benefit the team. Don’t make the mistake of hiring someone you like if he or she isn’t the right fit.

Who is the most important first hire?

Believing in yourself plays a role in the hiring process: “I was all ‘field of dreams,'” said Lazier. “I was a new agent. I was younger. I was in this bigger office. I’d just come over and I knew where I was going. I hired someone and she came in 10-15 hours a week.”

She remembers the curious looks from other agents, but paid no mind because she knew exactly where she wanted to go and how to get there — by hiring her assistant.

Weimer agreed that the executive assistant was the way to go when contemplating first hires — they take many things off your plate and leave you better able to focus on business-building tasks. His advocacy comes even after his first experience turned out a little rough: The assistant he hired proved to be the wrong fit and business slowed for a while until he shifted his focus to hiring new sales agents.

“One to three sales agents followed by a simultaneous part-time ISA [inside sales agent] is kind of how we moved into it because we want to — from the beginning — start to develop the opportunities for our outside sales agents to grow their business, and to do that it takes a really skilled person over the phone.”

Weimer said all these team members should be part of your first 18-month growth plan.

Vija said her first hire was a contracted transaction coordinator (TC) that worked for many agents. TCs are the golden ticket, and they’ll typically cost you anywhere from $150 to $500 a file.

Although she agrees that an executive assistant should be your first hire, she says it’s a difficult one: “It’s really tough because it’s not a revenue-generating hire — on the surface, anyway — is it? It’s fixed overhead, and it scares us.”

As agents and salespeople, Vija explained, it’s a very natural inclination to want to hire more agents who will bring in more revenue, but you have to make that first tough hire. Keep in mind that if that hire isn’t helping you double or triple your output within the first 90 days, he or she isn’t the right person and you should quickly move on.

“It doesn’t mean the position is wrong, it just means you don’t have the right person,” she added.

The scoop on ISAs

If you’re an ISA working in Weimer’s office, you’d be tasked with lead nurturing and response and prospecting for listing appointments, which Weimer says is more important.

As far as compensation goes, he says a hybrid model that includes fixed income and commission is best — it improves culture and gives everyone something to celebrate at close. He also suggests implementing a program where agents “pay their dues” for three to six months instead of hiring an ISA.

Weimer believes in creating a culture “where everybody can see each other, talk, role play. And I think that’s not really achieved when you’re outsourcing.”

Williams hired two ISAs who are training to become agents. They “dial for dollars,” she said, explaining that her hires call expired listings, FSBOs and fully act as ISAs.

Lazier doesn’t have an ISA, but that might change soon. “I can tell that I clearly need one,” she said.

If you want to grow without burning out, hiring an ISA might be just what you need. With qualified people and systems in place, you’ll be able to dedicate your time to meeting clients and other immediately profitable activities while your team handles other office necessities.

Successful and profitable growth doesn’t happen with any team — it happens with the right team. 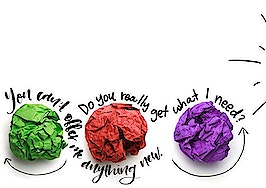 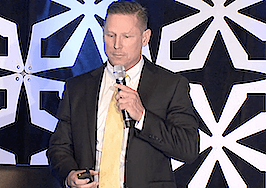 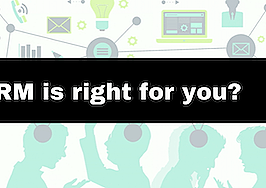 Which CRM is right for you and your business? 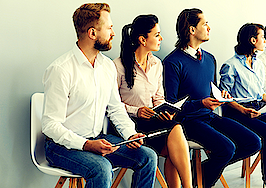