It pits husband against wife and creates sibling rivalries hotter than 98 Degrees to distract from an otherwise total snooze fest. It’s the place where, for 25 seasons, B-list celebrities and reality stars cling to another fleeting moment in the limelight and walk away with $125,000 minimum (and maybe some new lowbrow Instagram followers) just for participating.

Of course, I mean none other than the soul crushing train wreck that is Dancing with the Stars.

In case you’ve missed the “drama,” it turns out that some people should stick to real estate. They say a flame that burns twice as bright burns half as long, and so too has Corcoran’s dance career, along with her short-lived fantasy romance with partner Motsepe. Last night America voted on her “embarrassingly bad” salsa dancing from last week, and dropped a definitive “I’m out” to the feisty power broker’s attempt to “shake her money-maker.”

Meanwhile Scott will live to see another day on DWTS and is promising his partner Emma Slater a kitchen remodel if they win (unfortunately, Emma, I don’t think new granite countertops are in your future).

That’s because Scott and Slater’s season opener dance to Madness’s “Our House” was heavy on real estate puns but light on talent.

Their dances earned Scott and Corcoran a 16 and a 14, respectively, and two of the bottom three judges scores of the week, with TO in between.

Scott went into this week determined to heed the judges’ criticisms, but was cut short when he injured his hamstring. But Monday’s Quickstep was an improvement met with a standing ovation from the audience and a judge score of 20. Better, perhaps, but still at the bottom of the heap.

This week, Corcoran was all tears — for the first time in 25 years — as she talked about being teased as a child while suffering from dyslexia. There was more cause for breaking out the Kleenex as Corcoran was the first to be sent home.

“It has been very difficult because I use my mind in my work,” she told ABC of her DWTS experience. “I’m always analyzing things and running from my gut. With dancing, it has nothing with the mind. It has to do with what you believe in your heart, actually! Weirdest thing. I’ve never encountered anything that was so difficult for me.”

But at a net worth of $40 mill, she’s dancing all the way to the bank and having a total blast doing it. 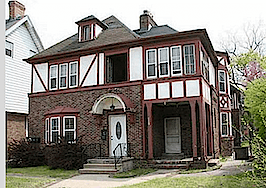 Got $2K and a knack for historic rehabs? This house could be yours 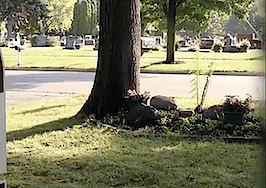 How one agent used humor to market a grave situation 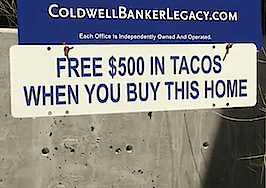 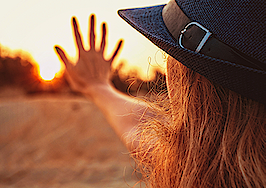 The rule of 5 for guaranteed success in real estate
Back to top
Only 3 days left to register for Inman Connect Las Vegas before prices go up! Don't miss the premier event for real estate pros.Register Now ×
Limited Time Offer: Get 1 year of Inman Select for $199SUBSCRIBE×
Inmanpot
Log in
If you created your account with Google or Facebook
Don't have an account?
Create an Account
Forgot your password?
No Problem