For some real estate entrepreneurs who are rolling out new brokerage models throughout the U.S., this country is plenty big enough to take on.

But Polish-born Kuba Jewgieniew, founder and CEO of leading 100-percent commission brokerage Realty One Group, has always had his sights set on a bigger picture.

In response to some talk that the company might be considering an IPO, Jewgieniew said this week: “An IPO is not an option right now but growing internationally is.”

The company founder has his eye on Canada for the first quarter of next year, followed by Europe, which will begin with the establishment of a company hub in Poland that will expand into France and Germany.

To help achieve his ambitions, Jewgieniew recently brought on industry veteran Vinnie Tracey, the former president of Re/Max International, as president of Realty One Group’s international division. Tracey, who brings to the table a strong franchising and operational background, retired two years ago after almost 40 years with Re/Max but decided he wasn’t done.

“Vinnie’s appointment signals the beginning of a new and exciting era at Realty One Group,” Jewgieniew said. “With Vinnie’s vision and analytical understanding of the industry’s constant evolution, we will be able to explore the global frontier and bring our brand and ‘coolture’ to a new market that is ready to change the way they run their real estate business.”

“Re/Max wouldn’t be where it is today, without him,” Jewgieniew said.

Jewgieniew visits Poland once or twice a year with his family and other parts of Europe to talk to potential partners, which has made him fully aware that the property market is very segmented with no central MLS system, and that a lot of American companies who go to Europe fail. But though he came to America when he was young, he has the advantage of being raised in a European culture, he said.

Speaking from his new base in Irvine, Tracey said: “When I look at this company, it reminds me of what I saw at Re/Max in the early days — we were the kids who lived on the other side of the tracks who people told their children never to play with.” Realty One Group, founded in 2005, currently has more than 9,000 professionals in 86 plus offices across 23 states in the U.S.

Part of Tracey’s role will be to grow the franchise side of the business both in America and overseas. “Realty One Group’s route of growth will be via franchise, just as Re/Max’s was,” he said.

There are currently 64 open franchises across the country and around 22 company-owned offices.

“The company has grown slowly with franchises. My job is to kick-start that growth. I have just sold five franchises in the last week and a half,” he said. The senior executive expects to sell 25 franchises over rest of the year and another 80 in 2017.

Going overseas puts stress on a company’s infrastructure, so Tracey believes that before Realty One Group goes abroad, it needs to build up more strength in the U.S.

Ideal markets would be the large, what Tracey calls “NFL,” cities such as New York City, Florida, Boston, Chicago, Houston, Dallas and more on the West Coast from Los Angeles to Seattle.

“An achievable goal is we’d like to have 10 percent of the Realtors in the United States and Canada,” he said. “How we measure success is from the agent population.” 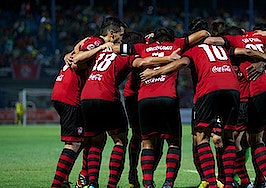 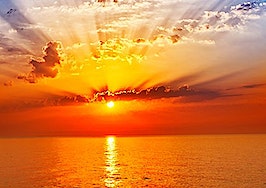