http://www.mugshot-publication.com/Counties/Florida/Seminole-County/Ignacio-Beato.27374113.html
by Marian McPherson
Share this article
You successfully shared the article.
Close

Hazelton, Pennsylvania-based real estate agent Ignacio Beato has been sentenced to four years and three months in prison for conning buyers out of more than $750,000 in a wire fraud scheme.

The scheme, which ran from December 2013 to March 2015, according to court documents, involved Beato claiming to be a listing agent who had access to conventional and Federal Housing Administration-insured mortgaged properties, when he did not.

According to court documents, Beato and his partners handled transactions over the phone and sent doctored sale agreements for the properties he claimed to have listed, most of which were in New York. He accepted money in amounts greater than $10,000 and used those funds for personal reasons. Twenty people and 33 homes were affected, local news outlet WNEP 16 reported.

Court documents also revealed that Beato and his partners targeted Spanish-speaking first-time buyers who were unaware of homebuying procedures. Many of the buyers didn’t find out they had been defrauded until they received eviction notices at the properties they thought they owned.

In an interview with WNEP 16, Felix Cabrera, a buyer who had been duped, said he paid Beato $33,000 for a home in Hazelton only to find out the home wasn’t for sale.

“I forgive him already … even if he doesn’t deserve it,” Cabrera said. He has yet to see a refund.

Beato has been ordered to pay $65,000 in restitution, an amount some say isn’t satisfactory. But according to the U.S. Attorney’s Office, the low restitution amount is due to the fact that most of the victims are unknown and a number of others have filed civil suits in order to recoup their losses. The Internal Revenue Service also seized $35,000 from Beato’s bank accounts after the U.S. Marshals Service arrested him in Florida last February.

A report by The Citizen’s Voice noted that Beato was allegedly associated with Weichert Realtors-Trademark in Shavertown; Poggi Realtors LLC in Forty Fort and the Greater Hazleton Association of Realtors.

His agent profiles have been taken down, but there is a 2012 YouTube video of Beato talking about his work as a real estate agent for Weichert Realtors-Trademark.

According to the Pennsylvania Department of State Disciplinary Actions document from July 2017, Beato had his real estate license revoked “for engaging in conduct in a real estate transaction which demonstrated bad faith, dishonesty, untrustworthiness, or incompetence and failing to deal honestly and in good faith.”

Inman has reached out to Poggi Realtors LLC in Forty Fort and the Greater Hazleton Association of Realtors for comment, and will update this story accordingly. 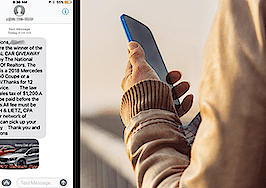 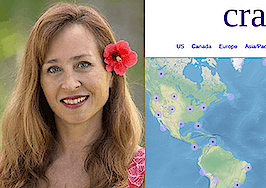 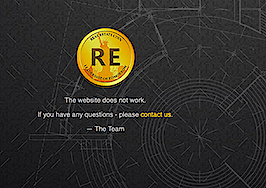