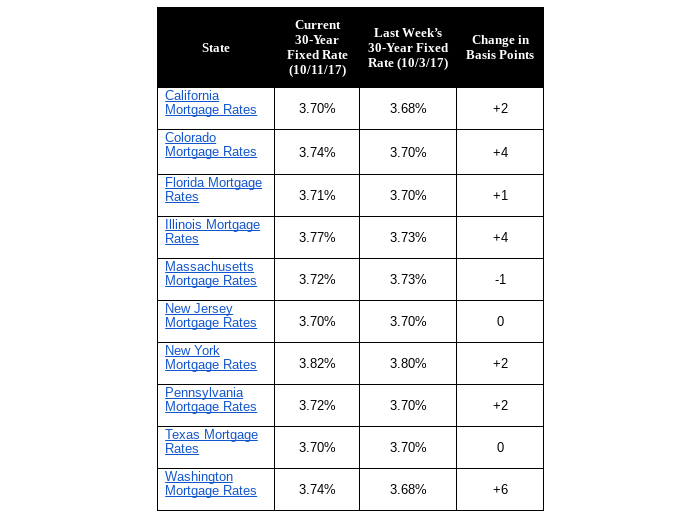 “Mortgage rates rose last week despite a weak jobs report,” said Zillow senior economist Aaron Terrazas. “Though the U.S. economy lost jobs in September – the first loss in seven years – the decline was attributed to hurricane effects in the Southeast, and other data point to a strong labor market. Rates fell back early this week as political rhetoric lowered the odds of tax reform, at least for now. This week, markets will closely watch inflation data due Friday, as well as several speeches by FOMC voters that could provide more clarity on the likelihood of a December interest rate hike.”

Corelogic Chief Economist Frank Nothaft said in the report, “Even though delinquency rates are lower in most markets compared with a year ago, there are some worrying trends. For example, markets affected by the decline in oil production or anemic job creation have seen an increase in defaults. We see this in markets such as Anchorage, Baton Rouge and Lafayette, Louisiana where the serious delinquency rate rose over the last year.” 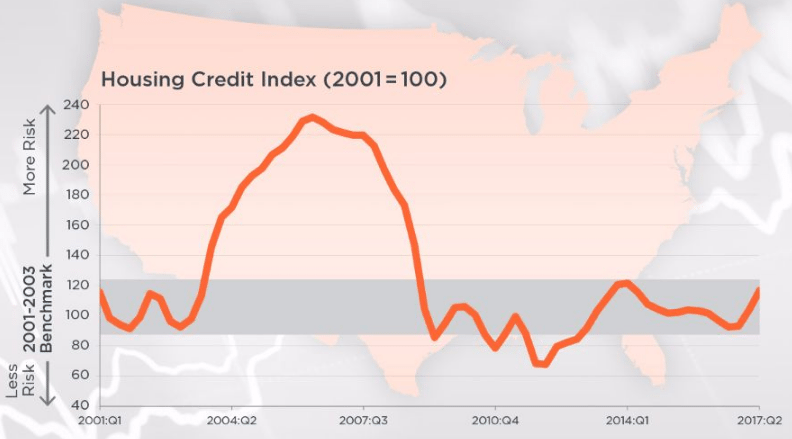 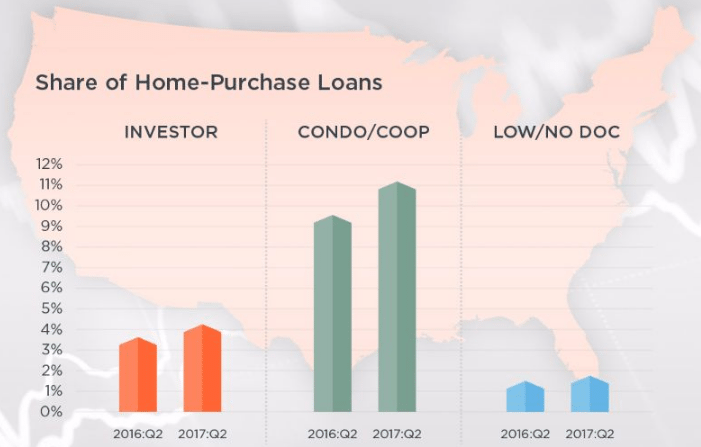 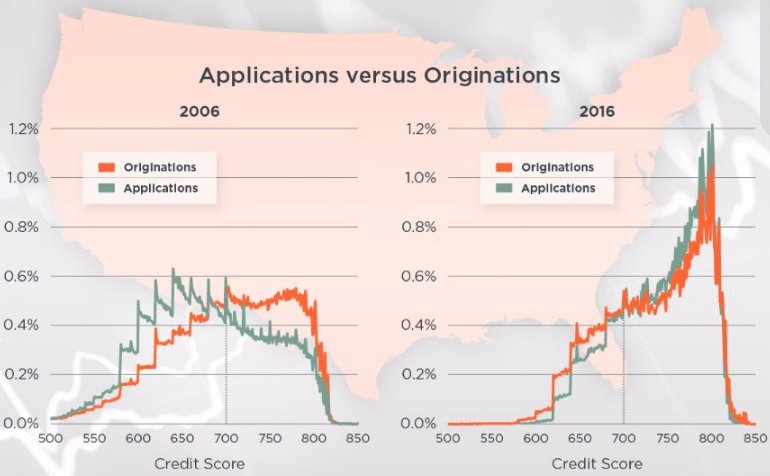 Corelogic Chief Economist Frank Nothaft said in the report, “Mortgage risk for new originations increased modestly in the second quarter of 2017, but much of this rise was due to a small shift in the mix of loan types to more investor and condominium loans, which have slightly higher risk attributes. Despite the somewhat higher risk of new origination loans, purchase mortgage underwriting remains relatively clean with an average credit score of 745 and low delinquency risk.” 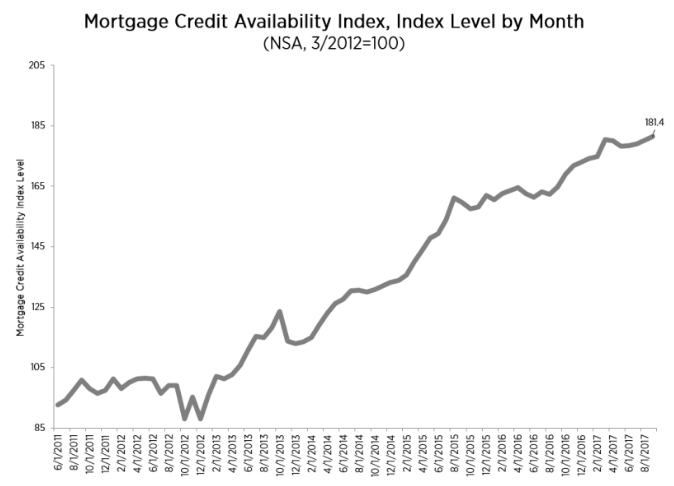 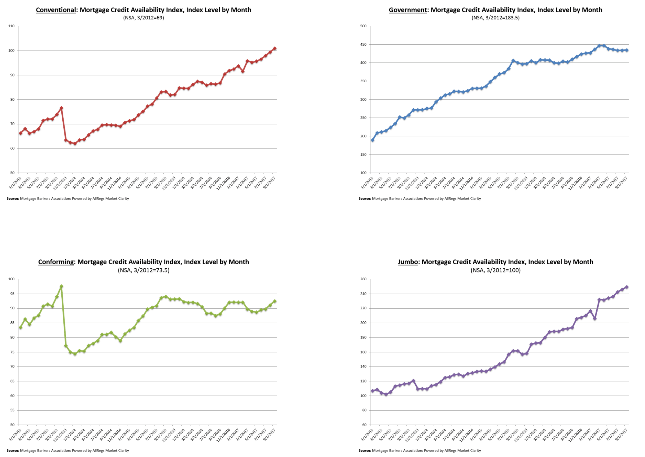 “Mortgage credit availability increased in September due to continuing updates to conforming loan programs as well as agency jumbo programs that have been phased in over the last few months,” said Lynn Fisher, MBA’s Vice President of Research and Economics. “For the year to date, the supply of credit has increased only modestly in the non-jumbo space while it has expanded significantly among jumbo programs.”