A police investigation is underway regarding two dead bodies found by a Realtor inside a for-sale home in Chapel Hill, North Carolina.

A 911 call placed by the unnamed Realtor detailed an encounter that no real estate agent ever wants to imagine: “I just walked in this house to preview it for a client and there’s a dead person in the bathroom.”

The bodies were identified on Monday as Margaret Montgomery Gibson, 86, and her son, Eric Dana Gibson, 53.

Orange County, North Carolina, parcel records indicate Margaret Gibson owned the property since it was built in 2001. The 2,400 square foot home is listed for sale by Jim Sherron of Keller Williams. The listing price is $650,000.

When reached by phone, Sherron wished not to comment out of respect for the family.

Local news station WRAL reported that there were no signs of visible forced entry. A cause of death still has not been determined.

According to the 911 call, the Realtor said “there’s blood everywhere,” before leaving the premise and calling authorities.

What happens to the home?

The property itself will be transferred to either the closest living relative or a specified beneficiary. The fees associated with clean up and listing preparation are the responsibility of the new owner.

In general a murder or suicide that happens inside a home would become a “psychological defect” in the sale of the property, but laws around what sellers and listing agents must disclose about such incidents that could “stigmatize” a home — but do not alter the physical structure of the property — vary from state to state.

North Carolina’s Residential Property Disclosure Act requires that a seller disclose structural and legal defects to buyers but does not address psychological defects, placing the responsibility on buyers to make their own determinations. However, it is generally regarded good practice in real estate to err on the side of honesty and disclosure.

This story has been updated to reflect Eric Dana Gibson’s age as 53 (rather than 58) based on a police report. 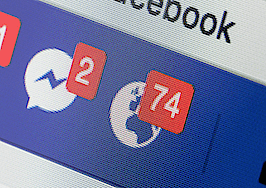