Eight years ago, Eric Breon and his wife inherited a little 480-square-foot cabin on the Washington coast. Nearby homeowners told them that they could expect to earn around $3,400 a year by renting out the property to vacationers looking to get a taste of the Pacific Northwest cottage life.

Eight years ago, Eric Breon and his wife inherited a little 480-square-foot cabin on the Washington coast. Nearby homeowners told them that they could expect to earn around $3,400 a year by renting out the property to vacationers looking to get a taste of the Pacific Northwest cottage life.

Instead they raked in $24,000, as the tiny 10-year-old family heirloom cabin on the coast became the first property on Vacasa, the vacation rental platform co-founded by Breon.

The cabin on the coast was a mini proof-of-concept for Vacasa, showing the potential in providing a rental home service that goes beyond connecting guests with homeowners by handling pricing, housekeeping and property upkeep, responsibilities most property owners don’t have time to maintain to a hotel standard.

“That’s really where it came from, both the guest side in wanting to make it easy, and the homeowner’s side in taking care of their home and helping them monetize it,” Breon told me in a phone interview.

Their growth, in part, is credited to technology the Vacasa team developed to make the entire process more efficient, from housekeeping to pricing. Where a hotel chain might have a housekeeping manager coordinating cleaning of each of its rooms in each building, Vacasa uses algorithms and analytics to prioritize which properties need attention. They’re also using predictive pricing technology to strike the perfect balance between returns for homeowners and affordability for guests.

It’s a model that’s come a long way from flipping through the Yellow Pages to find a rental property company, or browsing Craigslist on a wild goose chase for available homes. And if you’re renting a second home in Mexico while living in Chicago, having a property management company handling the pricing, booking, and cleaning for you — all via a combination of machine learning and on-the-ground employees — is that much more reassuring.

With the Series B funding, the self-proclaimed Airbnb competitor plans to expand to more states within the U.S. and internationally where vacation rental management is a licensed real estate activity.

The Portland-based company started its property base in Washington, Oregon and California, states where vacation rental management is unlicensed. But Breon says it’s their goal to be wherever their customers are vacationing, and where homeowners have doors to open to them. 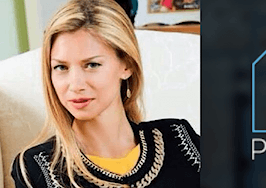 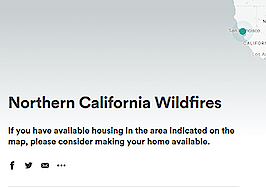 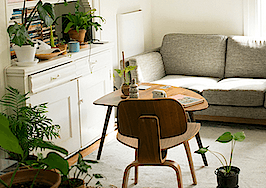