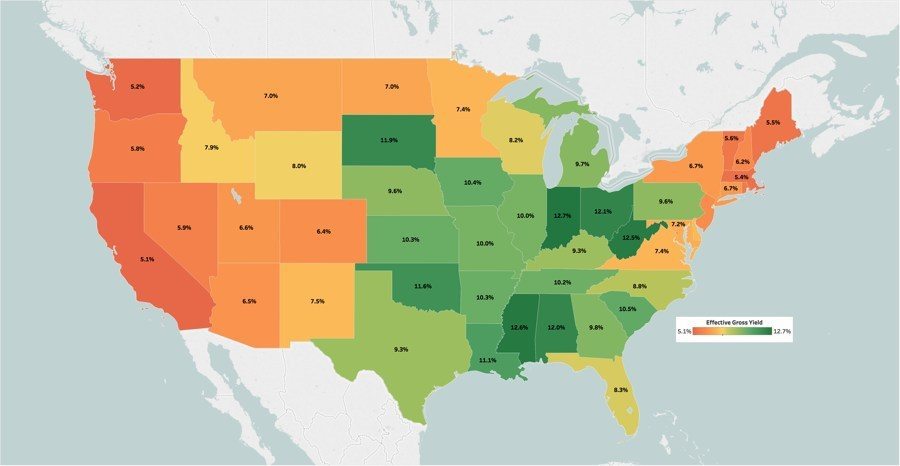 “HouseCanary’s latest HCRI Index results show that the recalibration of home prices to historic norms is continuing to put overall downward pressure on effective gross yields for the single family rental sector,” noted Alex Villacorta, PhD., HouseCanary’s Executive Vice President of Analytics. “In particular, the accelerated growth in the Western and Northeast regions over the past few years has seen the strongest effect of compressing yields as the cost to acquire continues to increase.

“Of the top 50 metros, only 3 metros have shown positive growth in yields over the last quarter, suggesting that nationwide, the growth of rents is slowing relative to that of home prices,” Villacorta added. “Though the most abundant double-digit opportunities reside in the Southern region of the country, there are still several localized pockets of high-yield opportunities in most markets throughout the country.” 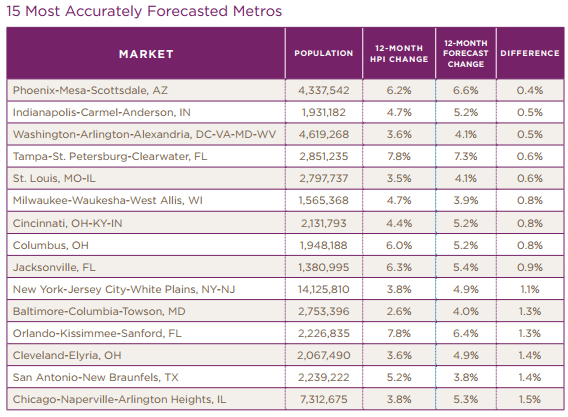 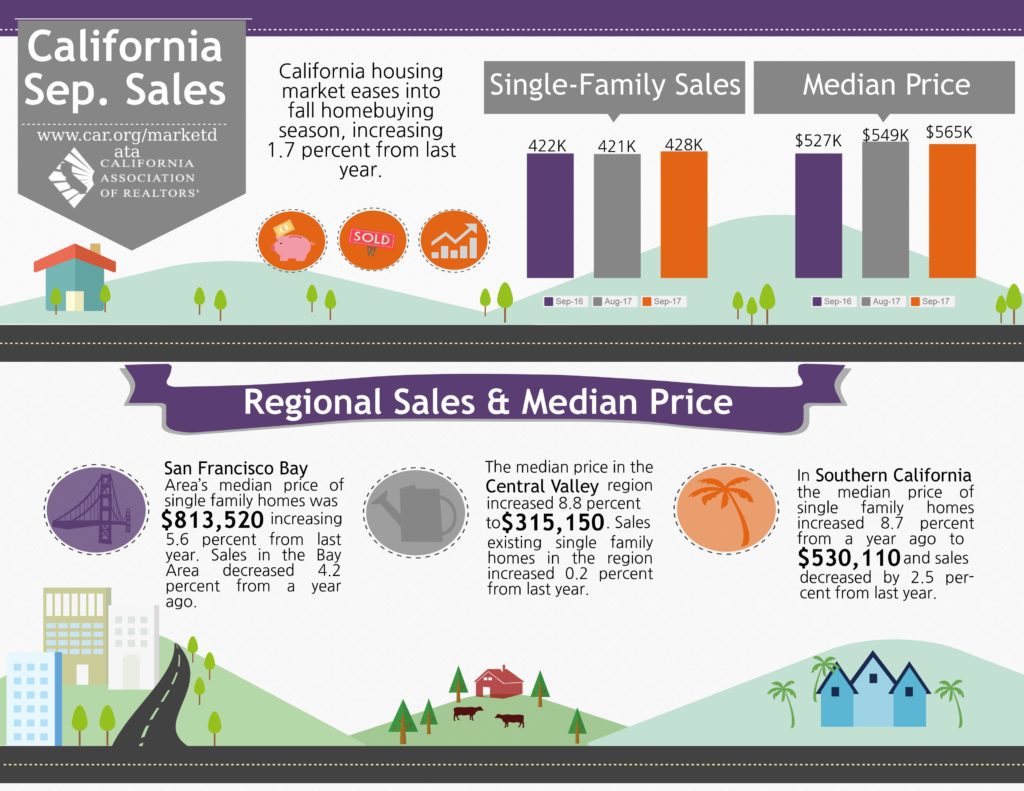 “While it’s encouraging that statewide home sales improved both monthly and annually, the year-over-year sales rate is losing steam, reflecting the persistent shortage of homes for sale and an easing of concern over a surge in mortgage rates,” said C.A.R. President Geoff McIntosh. “Additionally, for the areas that have been affected by the recent wildfires, we anticipate sales will pull back in those regions as damages are assessed and replacement efforts are coordinated.”

September became the fifth month this year to post a decline in home sales compared to a record-setting 2016, while marking the 71st consecutive month of rising sale prices year-over-year, according to the October Re/Max National Housing Report.

“We’re not seeing any relief from the nationwide housing shortage as we enter the typically slower fall and winter selling seasons,” said Re/Max Co-CEO Adam Contos. “Plain and simple, we need more homes, particularly at the entry-level price point. Until then, it will most likely continue to be a seller’s market with homes going from listed to sold quickly.”