In the very near future, Fido may be the one turning on the lights for you. Also, he may be a robot.

A new report from The Wall Street Journal out today says that Sony, the Japanese consumer electronics and media giant that was the Apple of the 1980s, is planning to unveil at a media event next month a new robotic dog that can control home appliances.

This nameless wonderdog instantly calls to mind Sony’s previous robotic pooch, Aibo, which was much simpler, did not control your home and sold an estimated 150,000 units between its release in 1999 and its discontinuation in 2006, according to another Journal article.

While those sales numbers pale in comparison to the popularity of gadgets like the iPhone, the Aibo was such a cult hit in some regions that people still go to great lengths to repair them and hold funerals for broken units.

Sony released five generations of Aibo with increasing levels of “emotional” expressiveness, according to The New York Times, and it sounds like the company’s new robo-dog will be following similar foot (er, paw) steps, with Sony’s CEO Kazuo Hirai saying the company was pursuing “a robot capable of forming an emotional bond with customers, and able to grow to inspire love and affection.”

Will that emotional connection be enough to help Sony’s new robo-dog compete with the likes of Amazon’s Echo/Alexa home automation platform, Google Home, Apple’s yet-to-be-released Siri-powered HomePod device and the variety of other “smart speakers” popping up on the market these days?

Or will its bark be worse than its byte? 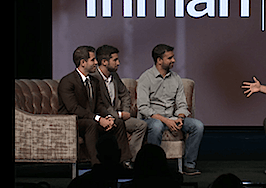 How to choose the best technology for your real estate business 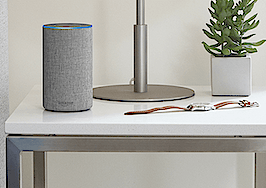 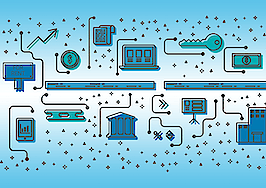 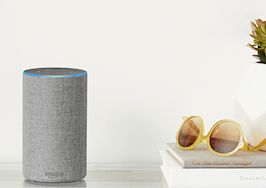 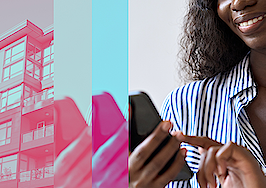 Amrock aims to offer smartphone closings everywhere they're allowed
Back to top
Only 3 days left to register for Inman Connect Las Vegas before prices go up! Don't miss the premier event for real estate pros.Register Now ×
Limited Time Offer: Get 1 year of Inman Select for $199SUBSCRIBE×
Inmanpot
Log in
If you created your account with Google or Facebook
Don't have an account?
Create an Account
Forgot your password?
No Problem