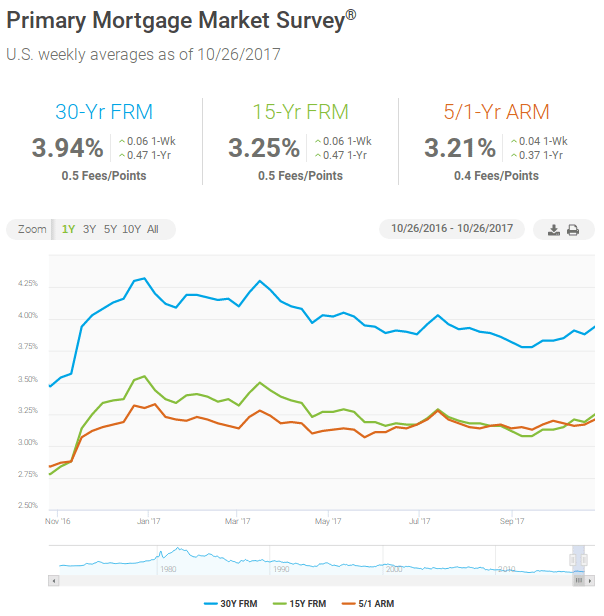 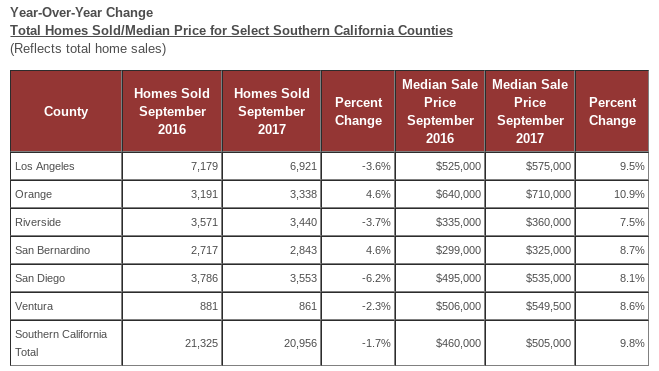 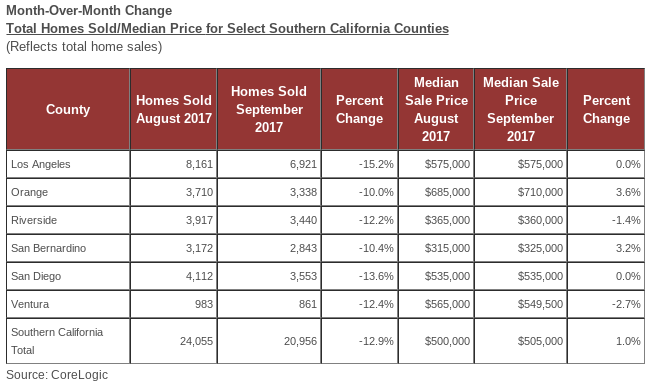 “The Southern California median sale price’s climb back to the peak it reached more than a decade ago reflects the region-wide strengthening of home prices, which has boosted homeowner equity and helped spur consumer spending and economic growth,” said CoreLogic research analyst Andrew LePage. “In inflation-adjusted terms, however, the region’s median last month was still almost 13 percent below its 2007 peak.

“Also, Southern California’s return to its record $505,000 median sale price doesn’t mean all of the region’s homes are worth as much as when values peaked at the top of the last real estate cycle. Prices in some pockets of the region, especially inland, have yet to return to peak levels from more than a decade ago,” he added. 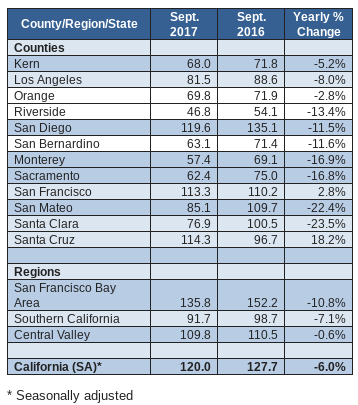 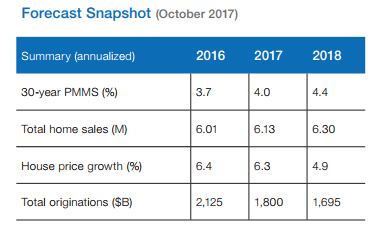 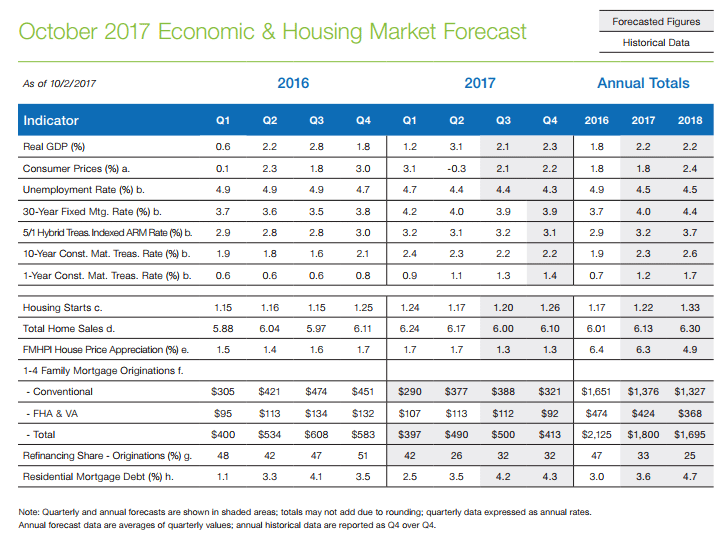 “Texas and Florida together represent 24 percent of the total housing starts in the U.S. Housing units impacted by the hurricanes are a fraction of the total starts in Texas and Florida, so we do not expect a huge national impact,” said Sean Becketti, chief economist at Freddie Mac. “However, the hurricanes won’t help with tight inventories. Building activities in the hurricane-affected areas may slow down as labor and capital gets drawn into rebuilding.”