The Credit Suisse Global Wealth Report showcases where financial wealth is occurring globally and which countries will grow in their homebuying and investment power. The 2017 report came out in November.

The Credit Suisse Global Wealth Report showcases where financial wealth is occurring globally and which countries will grow in their homebuying and investment power. The 2017 report came out in November.

I pay close attention to this report every year, and I’m excited to share some of its findings with you.

I utilize the report often in my work with affluent clients. Like you, I always feel the challenge to stay ahead, learn more and always show my skill and understanding of the luxury world.

I take notes on the report and use this information during conversations with clients. I encourage you to do the same.

The world is definitely a wealthy place having seen global wealth increase last year by $16.7 trillion (USD) to $280 trillion. Our industry played a role in that increase as real estate and tangible assets rose 6.5 percent compared to financial assets 5.8 percent worldwide.

While I — and so many of my luxury real estate professionals in Europe — pay close attention to the report, I have been a bit surprised that American agents are not as familiar with it. I believe you should be, especially those who work so closely with the “1 percent.”

Here are this year’s findings:

Where are the most millionaires?

The report gained the most attention for its statement that the world’s richest 1 percent owns more than half of the world’s wealth and its list of millionaires by country:

Switzerland is the world power

Switzerland is not on the fastest growing list, but it continues to have the wealthiest adult population in the world at almost $537,600 per adult, up 35 percent since 2000. While 10 percent of all adults are millionaires, 2,780 Swiss have assets of $50 million or more.

The Swiss are very active in investing in real estate especially in their country, and they also look for second homes in France, Greece, Spain and Italy.

This desire to have real estate holdings plays out in the report, which shows only 54 percent of Swiss wealth is made up of their financial assets compared to about 71 percent for the Americans.

This composition of wealth is what I really focus on as it shows how relevant real estate may be culturally in their investment practices.

The French and Australians, at 60 percent, are also heavily invested in real estate.

When I examined the report looking at wealth distribution, I became interested in the Indonesians. Although the country as a whole is not wealthy, it does have 153,000 people in the world’s top 1 percent with about 111,000 millionaires in U.S. dollars.

If you are interested in seeing where Indonesian real estate investment in the U.S. will be, watch college enrollment.

The International Institute of Education recently shared that nearly 9,000 Indonesians are in U.S. schools, the highest number since 2005. Only Australia gets more Indonesian college students. Just as college enrollment played a role in launching Asian real estate activity in the U.S., it might play out in the same way for the Indonesians.

I hope you continue to enjoy my articles about affluence and luxury real estate outside of the United States. In my next article, I am going to answer the two most-asked questions I get from U.S. real estate agents.

If you have any questions, you can reach me here. 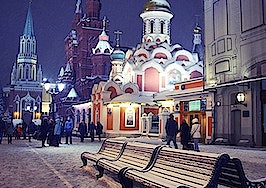 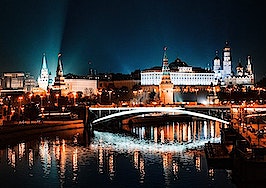 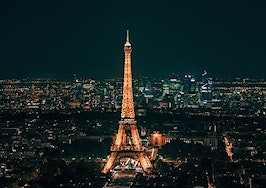