As the trading value of the popular digital currency bitcoin has risen and fallen over the past few months, real estate professionals started paying attention. Many people wondered when the bubble would burst, and on Wednesday the moment arrived.

Bitcoin’s price plunged below $10,000 on Wednesday, nearly half its peak value of almost $20,000 in December. By mid-afternoon on Wednesday, bitcoin’s value was back up to a little over $11,000, according to Coin Desk, a popular cryptocurrency news website that operates the Bitcoin Price Index, which averages the price of bitcoin from various exchange services.

As bitcoin’s price edged up toward $20,000 over the past few months and a new crop of investors started getting curious, realtors, landlords and lenders started figuring out how to make use of the cryptocurrency.

Buyers have long tried to make down payments in bitcoin or get their bitcoin declared an official asset to secure a closing. Now, landlords are accepting rent payments via bitcoin.

Two companies started accepting rent in bitcoin just last month, at the peak of bitcoin mania. Even though they’re new to cryptocurrency payments, they’re not worried about the latest example of bitcoin’s volatility.

“This is business as normal,” said Chaim Lowenstein, chief strategy and partnership officer for the online rent payment platform ManageGo, which began accepting bitcoin last month. “We knew it was volatile, and we knew what comes up could come down.”

“I believe cryptocurrency is a long-term play in the currency markets,” Behrend said. “It will appreciate in value, but you have to look at it from the long-term perspective, not from the short term.”

For landlords who now accept bitcoin, the volatility doesn’t affect them that much. They’re hoping to appeal to renters who want to pay in cryptocurrency — and those renters are still out there despite bitcoin’s ups and downs. Some investors spooked by the latest plunge might want to get rid of their bitcoin, and they can do that by paying rent instead of by selling.

“People that have it, if they want to pay their rent with it it’s their choice,” Lowenstein said. 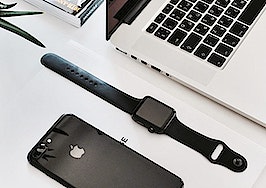 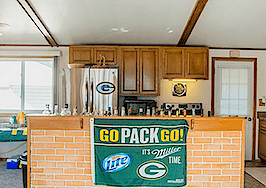