The median U.S. home value has risen 6.5 percent year-over-year to an all-time high of $206,300 — a number that is only expected to increase in 2018, thanks to double-digit decreases in inventory.

Simultaneously, in those same markets, home price appreciation has skyrocketed. Median home values in San Jose climbed 21 percent year-over-year to $1,171,800, while Las Vegas home values grew 14 percent to $246,700. Seattle rounded out the top three with a 12.5-percent hike to $468,000.

“Tight inventory fueled by a tight labor market and low interest rates propelled home values to record heights in 2017, but the outlook is now much less certain,” said Zillow senior economist Aaron Terrazas in a statement.

“Tax reform will put more money in the pocket of the typical buyer, but will limit some housing-specific deductions. Overall, this should increase demand for the most affordable homes and ease competition somewhat in the priciest market segments.”

“On the supply side, the market is starving for new homes, but it won’t be easy for builders struggling with high and rising land, labor and lumber costs,” he added. “Aging millennials and young families may be able to find more affordable new homes for sale this year, but they’ll most likely be in further-flung suburbs with more grueling commutes to urban job centers.”

Buyers aren’t the only ones grappling with rising prices — renters are dealing with a 2.6 percent year-over-year rise in median rents ($1,439), the highest rate of appreciation since June 2016. 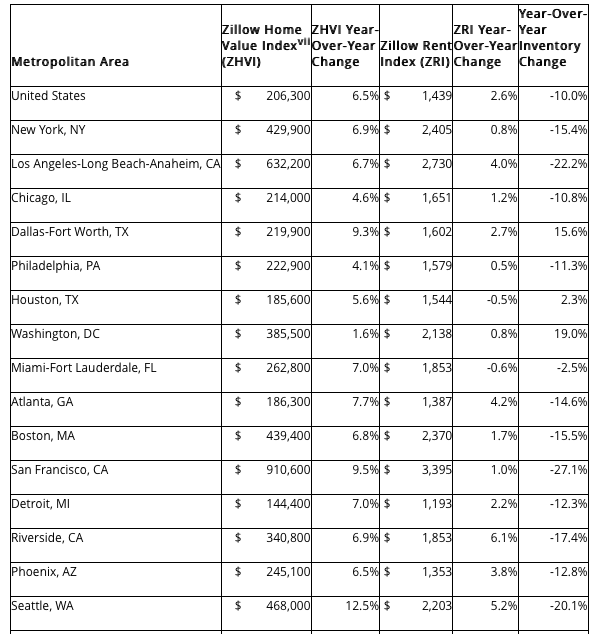