Stalled in Congress since 2013, an amendment to Dodd-Frank aimed at easing regulatory burdens against mortgage lenders was expected to go before the House Committee on Rules Monday with the full support of the National Association of Realtors (NAR).

Stalled in Congress since 2013, an amendment to Dodd-Frank aimed at easing regulatory burdens against mortgage lenders was expected to go before the House Committee on Rules Monday with the full support of the National Association of Realtors (NAR).

If passed later this week, House Resolution 1153, otherwise known as “The Mortgage Choice Act,” would amend rules that currently favor larger financial institutions over lenders affiliated with real estate companies, according to a letter sent by NAR to House representatives on Monday.

Under the Qualified Mortgage (QM) rule, fees and points associated with a QM mortgage cannot exceed 3 percent of a loan amount. Affiliated businesses, however, are required to count more fees towards the 3 percent cap than larger unaffiliated financial institutions, the real estate group argued in the new missive. As defined by law, points and fees include fees paid to affiliated title companies, and insurance and taxes held in escrow, according to NAR officials.

“The Mortgage Choice Act will enhance competition in the mortgage and title insurance markets, and ensure that consumers will be able to choose the lenders and title providers best suited for their homebuying needs,” wrote NAR President Elizabeth Mendenhall in a letter to House members, dated Feb. 5. “Currently, the QM rule discriminates against companies affiliated with real estate brokerages. For a mortgage to be a QM and receive safe harbor protections, the fees and points of the mortgage cannot exceed 3 percent of the loan amount. However, mortgage bankers and title companies affiliated with real estate brokerages are required to count more items towards the fees and points than large retail institutions.”

“This puts these smaller firms at a competitive disadvantage,” Mendenhall added.

Under the current law, a perception has persisted that consumers could face steeper fees when using an affiliated lender or title company, although NAR officials have said that isn’t necessarily the case. “We have seen instances where a consumer could not use the affiliated title company because of the 3 percent cap, but when they went to an independent title company the fees were actually higher,” one NAR regulatory expert told Inman on background. “It’s not an exact science and doesn’t fairly reflect what is going on in the market.”

First introduced in 2015 by Reps. Bill Huizenga, Gregory Meeks, Ed Royce, David Scott, Steve Stivers, Mike Doyle and David Joyce, the bipartisan “Mortgage Choice Act,” passed in the House last year by a vote of 286-140 but was never taken up by the Senate. An identical bill was introduced two years earlier but also failed to make it passed the Senate. 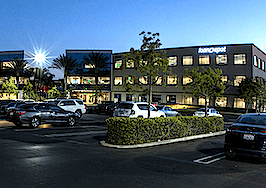