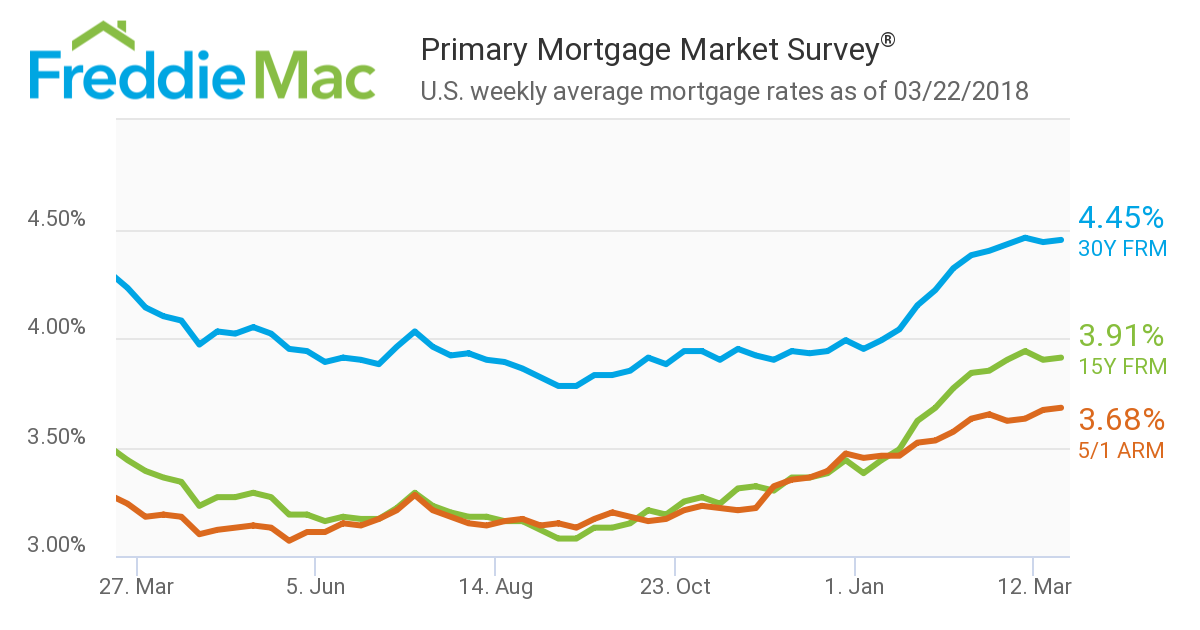 “The Federal Reserve raised interest rates today — a much-anticipated move that comes as both U.S. and global economic fundamentals continue to strengthen. The Fed’s decision to raise interest rates by a quarter of a percentage point puts the federal funds rate at its highest level since 2008.

“So far, U.S. housing markets remain resilient in the face of higher mortgage rates. The National Association of Realtors reported this week that existing home sales in February increased 3 percent month-over-month on a seasonally adjusted basis and are up 1.1 percent from a year ago.

“That momentum is carrying through into spring. In the latest Mortgage Bankers Association’s Weekly Mortgage Applications Survey, the home purchase mortgage applications index was up six percent from the same week a year ago.” 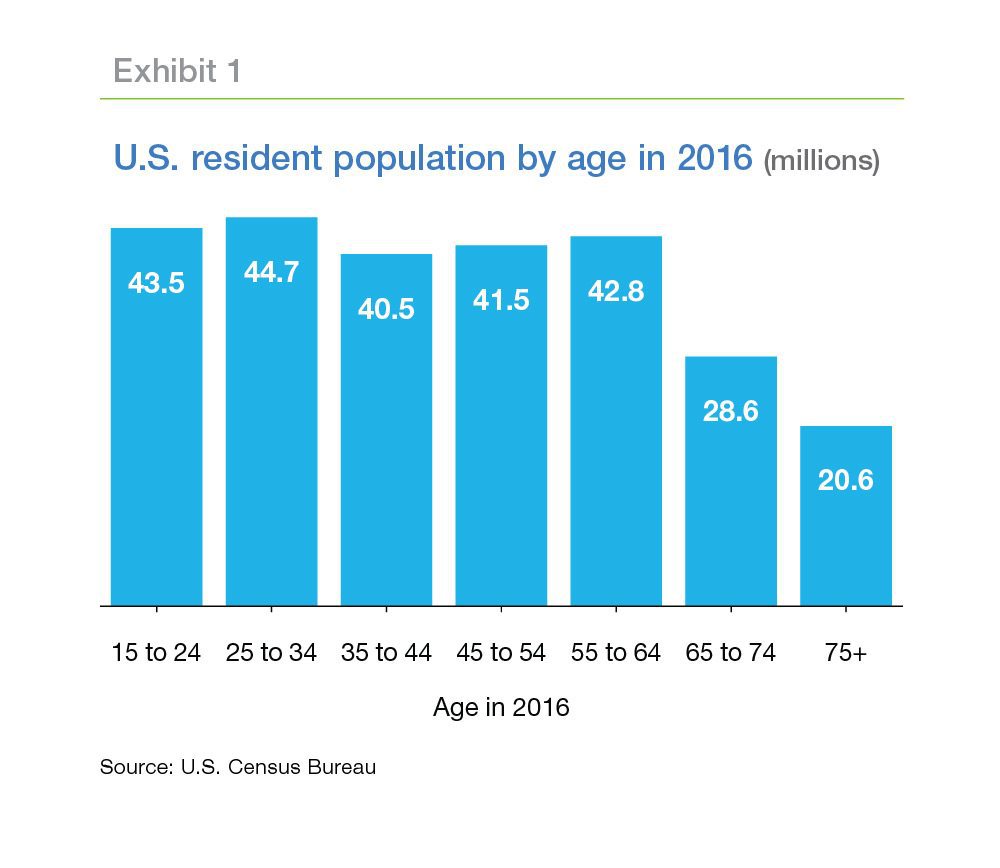 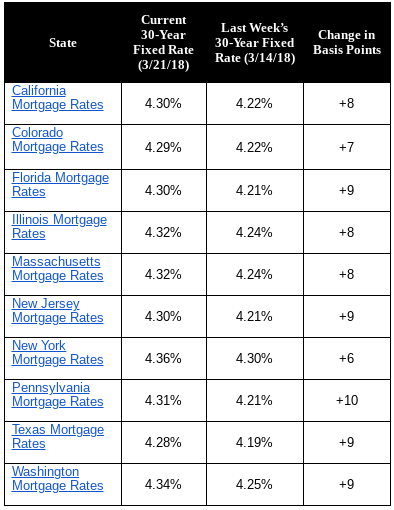 “Home shoppers saw a slight reprieve two weeks ago when mortgage rates edged down for the first time this year, but that reversed over the past week as mortgage rates continued their 2018 trend and moved higher, once again matching their highest levels since spring 2014,” said Aaron Terrazas, senior economist at Zillow.

“Firm inflation data, rising oil prices, expectations for today’s FOMC decision to raise the Federal funds rate and talk of a fresh round of fiscal stimulus all contributed to the upward pressure. This week, markets are likely to watch incoming consumer confidence and GDP data, but geopolitical events could always have an impact as well.”

“Even so, 2017 marked the strongest year for mortgage debt growth since 2007, with Fannie Mae, Freddie Mac and FHA leading the market, followed by banks, life companies and real estate investment trusts. The commercial mortgage-backed securities (CMBS) market, which saw a decline for the year as a whole, turned a corner and added $9 billion during the fourth quarter.” 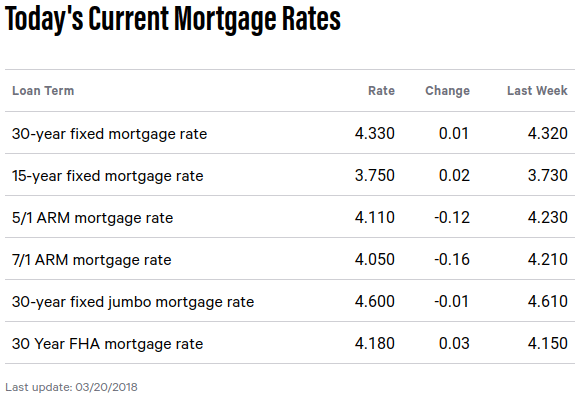 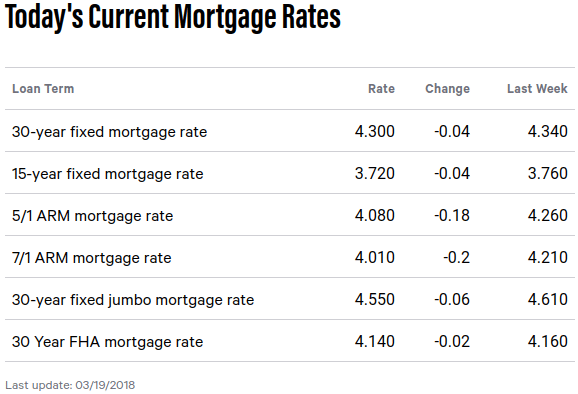