Photo by Arnold Exconde on Unsplash
by Emma Hinchliffe
Share this article
You successfully shared the article.
Close

Harbor will launch its tech platform this summer, which the company says will be the “first” to allow digital tokens to be attached to asset-backed securities, or “tokenized,” while automatically complying with U.S. regulations.

Harbor — the San Francisco startup trying to take the blockchain technology that underpins cryptocurrencies and put it to work in the more tightly-regulated world of asset-backed securities, including real estate — today announced a new $28 million in a funding round.

Harbor will launch its tech platform this summer, which the company says will be the “first” to allow digital tokens to be attached to asset-backed securities, or “tokenized,” while automatically complying with U.S. regulations. Attaching these types of securities to tokens should theoretically make it easier for investors to trade them, and Harbor wants to ensure that that ease also comes with legality.

Since announcing its upcoming product in February, Harbor says it has received the most interest from the real estate industry. “National blue-chip names,” regional property developers, public and private real estate investment trusts and players in alternative real estate asset classes have all reached out to Harbor, CEO Josh Stein told Inman in an interview.

These real estate professionals have varying degrees of familiarity with cryptocurrencies and blockchain technology, Stein said. The large developers want to use tokenization to access a broader group of investors other than the usual big names. The smaller developers see tokenization as a way to access international and national investors not usually interested in regional investments.

“They’re all looking to get increased liquidity,” Stein said. “They want to be able to tap into an investor base or class they haven’t before.”

Stein should be no stranger to dealing with complicated compliance issues: according to his LinkedIn, he was at one point a former in-house counsel at the infamous private security firm then known as Blackwater (now called Academi).

Harbor developed its own custom Regulated Token, or R-Token, as an open source framework on the ethereum blockchain. Blockchain refers to a distributed ledger system that facilitates decentralized financial transactions, while ethereum is one specific cryptocurrency with its own blockchain that can be used to record all sorts of transactions.

The R-Token is designed to allow companies and token-holders to check securities trades and deals, only completing transactions if they meet certain regulatory rules and standards. In private securities, those rules include things like limits on the number of total investors, only allowing accredited investors, and waiting until a holding period has concluded.

Blockchain already is used by some financial institutions to improve transparency and efficiency in transactions; Harbor is adding liquidity and fractional ownership to the possibilities it wants to open up for private securities. Real estate funds, private real estate investment trusts, land and building ownership all fall under the categories Harbor is trying to make more liquid.

But Harbor and its investors believe that real estate is just one of a number of industries that could benefit from their compliance technology, citing fine art and private investment funds as other potential markets. Along with interest from the real estate industry, Harbor has heard from professionals in oil and gas trusts and across venture capital and hedge funds.

Before launching, Harbor expected that real estate would be the most obvious use case for its product, Stein said. The tangibility of real estate assets is appealing for investors combined with the digital nature of cryptocurrency technology.

For members of the real estate industry outside the top investors, this interest in tokenization from some of the biggest players is good news, Stein said.

Harbor’s technology arrives as regulators, namely the U.S. Securities and Exchange Commission, are paying closer attention to cryptocurrencies and blockchain and halting some of the less above-board cryptocurrency startups in their tracks.

By making this compliance technology open-source and available to entrepreneurs across private securities, Harbor is hoping to spur innovation in fields where regulation often slows it down.

“Capital formation is the killer app of blockchains, but a lot of investors and institutions are waiting on the sidelines for asset-backed securities like real estate, private investment funds and fine art to be tokenized before jumping in,” Founders Fund partner Napoleon Ta said in a statement about the fund’s decision to invest. “It’s only a matter of time, and we think Harbor has the right approach to solving the compliance challenges that will catalyze this monumental shift to the tokenization of traditional assets.”

The investment in Harbor marks the latest real estate tech play for the high-profile VC firm Founders Fund, which made some of the early investments in Facebook. Today, it also has Airbnb and mortgage tech startup Blend among the many companies in its investment portfolio.

This article was updated following publication to include additional statements from Stein. 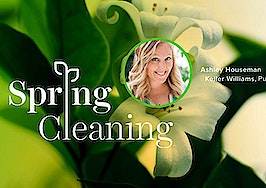 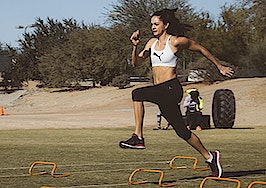 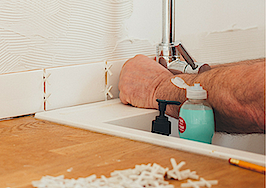