chuttersnap on Unsplash
by Craig C. Rowe
Share this article
You successfully shared the article.
Close

In March, The Brookings Institution, a public policy research nonprofit, reported on recent Census data that puts hard evidence behind the notion of a national “re-suburbanization.”

“Net domestic migration to New York City metro area (which includes the five boroughs plus slivers of New Jersey and Pennsylvania) is down by a whopping 900,000 people since 2010,” The Atlantic reported in April last year. “That means that, since 2010, almost a million more people have left New York for somewhere else in America than have moved to New York from another U.S. metro—more than any other metro in the country.”

However, might there be a way to hinder the urban exodus and pull people back to where the action is?

Maybe all we need to save our cities are better cities.

The video explains what it would it take to construct an urban utopia starting from the ground up, with land located near a lake in a place with “moderate but not extreme seasons,” devoid of the bomb cyclones found in the Northeast and the atmospheric rivers of the Pacific Northwest. 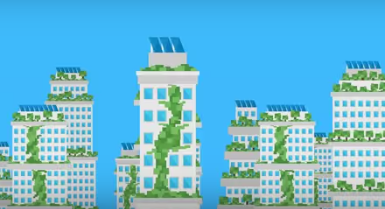 Narrators “Blocko” and Brian posit that a population of around 500,000 in a 5×5-mile grid strikes an ideal balance between access to amenities and easy installation of mass transit. The 25-square-mile area provides adequate room to move about without feeling crowded.

Bike lanes and footpaths would replace roads, and wind farms and rooftop solar would, of course, be the principal source of energy, widely accepted and never opposed by nagging HOA boards. 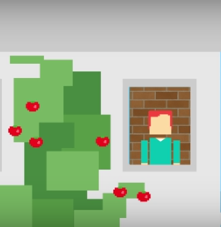 When it comes to real estate, the perfect city would focus on mixed-use, vertical density. The tight, tall buildings, owned and brokered by the local government, would play host to a network of gardens so residents need only reach out a window to pick fresh flowers, fruits and veggies.

Crime would be limited because the city’s justice system would focus on rehab instead of costly, long-term incarceration. The schools would be great too, of course.

The ideas proposed in the obviously lighthearted video are not totally out-of-whack — the creators cite actual examples on several occasions. 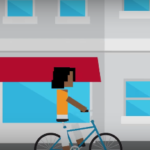 The perfect city would have to totally ban Airbnb, and because there are no roads, Uber drivers would be nonexistent. Amazon would surely roll out a bike delivery team, and city-wide Wi-Fi is a given.

With only 500,000 people buying government-backed properties, how many real estate agents could the market support? Would you need a Zillow Premier account?

To play along, if the city official handling the green, garden-entwined homes needed an agent to help sell a few units, what would one say about such a location?

How would an agent position a listing in what would surely be America’s most sought-after city? 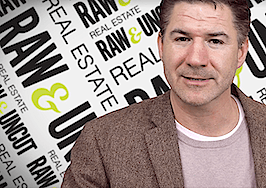 What’s the true cost of maintaining a home every year?