Dylan Nolte on Unsplash
by Patrick Kearns
Share this article
You successfully shared the article.
Close

Winning an affordable housing lottery takes a lot of luck and a lot of perseverance. Families try for years, applying to dozens of apartments in hopes that they’ll be called. So what’s it like when you actually win?

Winning an affordable housing lottery takes a lot of luck and a lot of perseverance. Families try for years, applying to dozens of apartments in hopes that they’ll be called. So what’s it like when you actually win?

Matthew Hagarty moved to San Francisco three-years ago after getting a rent-stabilized house with a group of friends. But after what he characterized as an illegal eviction — he’s still in litigation over the situation so he declined to elaborate further — he was forced to move into a studio apartment in Haight-Ashbury for $1,600. The cost of which had him considering a career change.

“I was going to have to change my career because of how expensive my room was in the Haight,” he recalled.

But now, he’s one of the lucky ones. He recently nabbed a 560-square-foot, one-bedroom for $1,080 a month in The East Cut, one of San Francisco’s most affluent neighborhoods through the affordable housing program. Now, he’s surrounded with luxury high rises, celebrities, Michelin-starred restaurants and a sweeping view of the Bay Bridge.

The building, called Natalie Grubb Commons, had a total of 6,580 applicants for 95 vacant apartments, according to a story published in The New York Times. Applicants were required to make less than 50 percent of the area median income.

Hagarty first heard about the affordable housing program from an ex-girlfriend. The day he went to look at the apartment he saw only two other interested people there and thought he had pretty good odds.

“I just decided to apply,” he said. “I thought it was too good to be true.”

A month later, he saw the names of thousands in the same situation. As someone who lives and works in San Francisco, he was placed on a higher priority list. Ultimately, his number was called.

“I realized it was something people had been [trying to get] for years and years,” he said. “And as I talked to more and more people about it, they all began to tell me how insane it actually was.”

Hagarty teaches supplemental education at St. Peter’s Catholic School, a kindergarten through eighth-grade private school in San Francisco’s Mission District. His salary is paid through Title 1 — a federal program from the Department of Education that provides financial assistance to low schools in low income districts. He said he’s an anomaly because now he can actually afford to live in the city in which he teaches.

“Most of the other people commute up to two hours to San Francisco because they can’t live out here to work for the schools that they’re at,” he said. “I was going to be leaving honestly to try and find something and make more money.”

A recent report from online-brokerage Redfin found that less than 1 percent of homes in San Francisco are affordable on the average teacher’s salary.

Now, thanks simply to the luck of the draw, Hagarty can stay.

“I love teaching and love the school I’m at,” he said. “It’s been a blessing.”

Many of his students and their families haven’t had the same luck though. During a recent conversation with his students about housing in the city, he realized just how many families are struggling.

“It was eye opening to see — most of them live in the neighborhood but a lot of their families are sharing housing,” he said. “I don’t know how their families do it.” 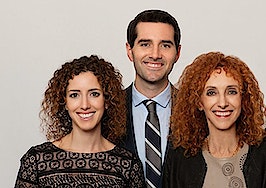 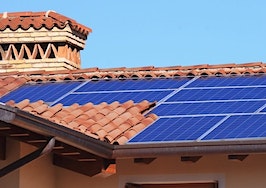 Walkthrough woes: 7 things that cause pre-closing stress
Back to top
Only 3 days left to register for Inman Connect Las Vegas before prices go up! Don't miss the premier event for real estate pros.Register Now ×
Limited Time Offer: Get 1 year of Inman Select for $199SUBSCRIBE×
Inmanpot
Log in
If you created your account with Google or Facebook
Don't have an account?
Create an Account
Forgot your password?
No Problem