Not every mother could run a real estate business with her grown-up children, but it’s working for Nina Hatvany and family, who are enthusiastically supported by Nina’s husband.

You’re about to show a $13.5 million Pacific Heights listing, and you find a leak from the kitchen faucet that had caused major damage to the ceiling below. Wouldn’t it be nice if you had trusted, well-trained, hand-picked agents to have your back?

For instance, within 10 minutes, one agent might call a mold remediation company to do the professional drying — there in a half-hour. Another would talk to the seller, explaining that the situation was being handled and suggesting that the owners call their insurance company. While a third agent would arrive to help with the nuanced showing that would require delicacy as the kitchen was a no-go zone. Another house sold and another happy seller.

That’s just the situation Nina Hatvany has created for herself, and those three reliable agents who stepped up are her children.

The family dynamic helps with the “fluidity” of real estate, she said.

Not every mother could run a real estate business with her grown-up children, but it’s working for Nina and family, who are enthusiastically supported by Nina’s husband and the children’s father, litigation attorney Jonathan Kitchen on the sidelines.

When Pacific Union International’s Nina Hatvany formally started the San Francisco-based Hatvany Team in 2016, she had all three of her grown children working under her umbrella, which as one of the top 35 sales agents by sales volume nationwide for the years 2009-2017, (The Wall Street Journal/Real Trends), not a bad place for her grown-up kids to be.

It all happened organically, Hatvany said. Her oldest daughter, Natalie Hatvany Kitchen, now 35, joined her after a short law career eight years ago; her son, Paul Hatvany Kitchen, 32, also a qualified lawyer, joined her five years ago and her other daughter; Vanessa Hatvany Kitchen, 34, came back to the family fold with seven years at Douglas Elliman in New York under her belt a year and a half ago. 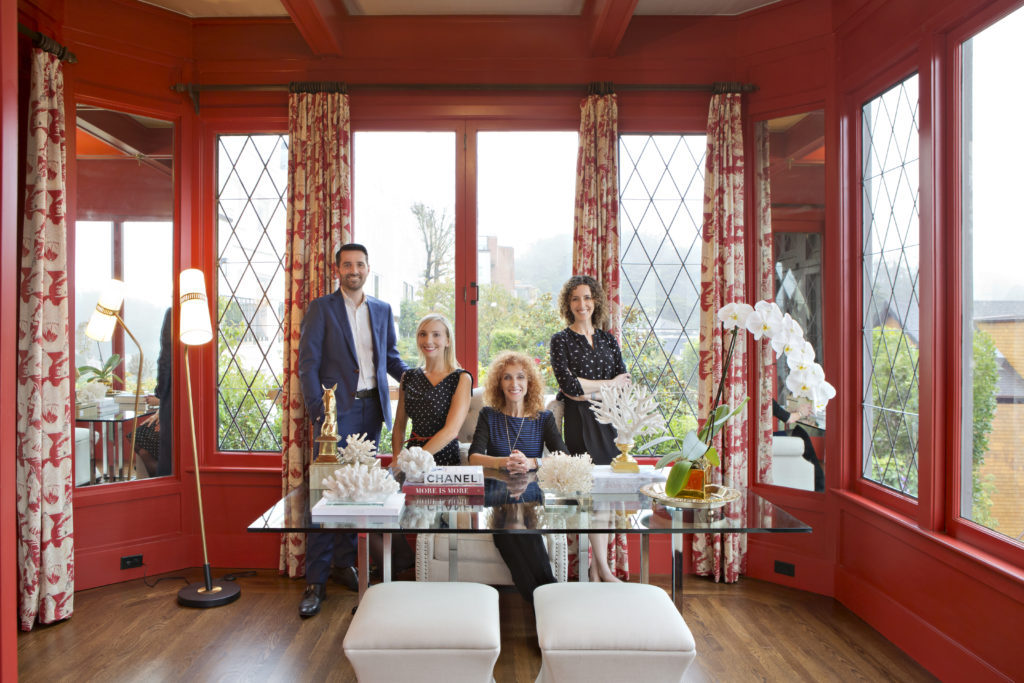 From left to right: Paul, Vanessa, Nina and Natalie

The way the team is run, Natalie, Paul and Vanessa have their areas of expertise and responsibility — Paul prepares the property for sale, organizes inspections and handles the staging and the drone videos, while Vanessa sorts out the presentation of the home to the public, reviews the pictures to be used, writes the text and oversees brochure layouts, runs the social media, does PR and so on. Natalie, meanwhile, goes through all the details of the transaction, the title report, the property’s permit history, etc., and talks to clients about disclosures. She’s the details gal.

The veteran agent who sells a lot in San Francisco’s upmarket Pacific Heights, continues to bring in the bulk of the listings, though the three siblings are increasingly bringing their own business in through their networks, which are further afield.

Play to their strengths

Hatvany, who has a Ph.D. in psychology, has focused on giving her grown children responsibilities on the team that play to their strengths.

“One thing I’ve learned is everybody is a package of strengths and weaknesses, and particularly with one’s kids, you are aware of those more so than somebody you’ve just hired.”

Her children appreciate this approach. Natalie, the mother of three young boys, said her mother is very much a peacekeeper “who wants us to get along.” There’s a lot of consensus, she said.

Vanessa added, “We have our own defined roles, but we all work on everything. There are days when Paul is out, and Nina is sick, and I’m doing inspections. We are all very capable and trust each other, which is unusual. You know you have the same standards.”

The kids have helped the business grow, Nina said. She said they are doing about 70 transactions a year routinely. She thinks the sales volume has doubled since Natalie joined. The team’s sales volume last year was $225 million, the average home is $3.5 million, running the gamut from $18 million to $500,000. They were the no. 1 real estate team in San Francisco, 2017 according to the MLS.

Turning to the future

Another benefit of this family team structure is that it’s enabling Nina to prepare a succession plan.

“The concept is I’ll go on doing this about another 10 years, and my job is to slowly acquaint the clients with the kids, so next time they sell or buy, they are not surprised or put off if Paul, Natalie or Vanessa help them with me more in the background. ”

Given their age, timing wise that will work out well, Vanessa said. “The older we get, the less people view us as Nina’s kids just helping out,” she said.

To others thinking of bringing their children into the business, Nina suggests carving out a job description that will play to your kids’ strengths. 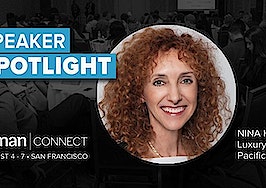 Thoughts from the top: Nina Hatvany 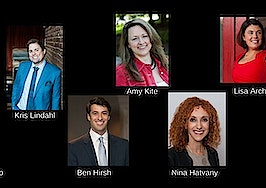 My big break: 7 top producers on the moment that changed it all 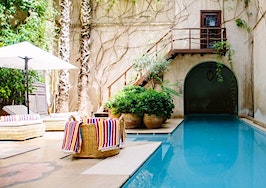