The next recession to hit the U.S. economy will arrive in 2020, according to a Zillow survey of experts released Tuesday.

Zillow with the research firm Pulsenomics LLC polled 100 real estate experts and economists about their predictions for the housing market in its quarterly survey in April and May, and this time it included a question about the next recession and its potential triggers, the real estate search giant said in a press release.

Nearly half of experts surveyed said they expected a recession to begin in 2020, with most pinpointing the first quarter of the year. Survey respondents also said that an upcoming recession would be unlikely to be accompanied by a housing market crisis, as in 2008.

“As we close in on the longest economic expansion this country has ever seen, meaningfully higher interest rates should eventually slow the frenetic pace of home value appreciation that we have seen over the past few years, a welcome respite for would-be buyers,” Zillow senior economist Aaron Terrazas said in a statement.

“Housing affordability is a critical issue in nearly every market across the country, and while much remains unknown about the precise path of the U.S. economy in the years ahead, another housing market crisis is unlikely to be a central protagonist in the next nationwide downturn.”

“Constrained home supply, persistent demand, very low unemployment and steady economic growth have given a jolt to the near-term outlook for U.S. home prices,” Pulsenomics founder Terry Loebs said in a statement. “These conditions are overshadowing concerns that mortgage rate increases expected this year might quash the appetite of prospective homebuyers.”

A survey of Fortune 500 CEOs also published Tuesday found slightly more optimistic results: 63 percent of business leaders expected the next recession to arrive in three or more years, and 34 percent expected a recession in one to two years. 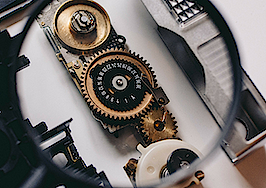 Realtors call on NAR to stop donating to anti-LGBTQ candidates