First came the social media outrage, then the firing.

And now, in a remarkable twist, a property management company in St. Louis has all but vanished online after one of its former employees, a white woman, was recorded blocking a black man from entering his own apartment in a tony residential building where they both apparently lived.

Tribeca-STL, the property manager of record for the luxury Tribeca residential building in the Central West End neighborhood of St. Louis, wiped its social media presence on Facebook, Twitter and LinkedIn on Monday, two days after St. Louis resident D’Arreion Toles posted a series of Facebook videos of Hilary Brooke Mueller standing in his way as he tried to enter the residential complex where they both live.

Over the weekend, Toles’ post went viral — gathering more than seven million views and 17,000 likes on Facebook. As a result, Tribeca-STL’s main professional website crashed due to high volumes of people looking it up online, company representatives told Inman in an email.

“Hopefully it will be back up later today or early tomorrow morning,” a company representative told Inman in an email. “Our hosting provider was not able to handle the traffic to the site.”

The incident is but one in a string of recent racially charged interactions caught on camera in which African Americans are stopped or even arrested for routine actions such as using a Starbucks bathroom, studying on a college campus or attending a barbecue.

The latest episode involving Mueller, who worked as a property manager for Tribeca-STL, demonstrates how such a controversy can dramatically impact employers associated with the accuser.

On Sunday, the company released a statement on its website, announcing Mueller had been fired. The statement is currently unavailable for viewing as the site where it was hosted crashed.

“The Tribeca-STL family is a minority-owned company that consists of employees and residents from many racial backgrounds,” a representatives wrote on the site. “We are proud of this fact and do not and never will stand for racism or racial profiling at our company.”

The brouhaha began late Friday night after Toles, 24, entered the Elder Shirt Lofts complex, a building on North 13th Street in St. Louis where both he and Mueller live. Mueller, fearing Toles was an intruder, asked the man for his apartment number and proof of address while blocking him from entry.

“Please move, ma’am,”  Toles says in one of the videos he posted Saturday on Facebook as he tried to enter his rented apartment. After demanding to see his key fob and proof of identification, Mueller called police, who arrived later to question Toles. She justified calling the police, who ultimately left after Toles showed them his key fob, by saying she was made “uncomfortable” by his presence at the high-end building.

Mueller lived in the apartment building but didn’t manage it as part of her job.

As of Tuesday afternoon, the company’s Facebook, Twitter and LinkedIn pages and website were all unavailable online. But users on social media referred to the company in conversation about Mueller. Many, though not all, praised the minority-owned company for its quick response to the controversy.

“How she could even consider doing something like this in the first place,” wrote Twitter user Natalie Harrison. “It is insane. I am so happy Tribeca-STL held her accountable for her actions and fired her, her behavior is terrible and inexcusable.”

“Have to check n see if I live in a Tribeca-STL building, so I can terminate my lease,” wrote another user on Twitter, Juansitoliquito.

The 5510 Pershing Avenue building that the company does manage has previously been heralded for its innovative use of technology — residents have access to a robot that can pick up deliveries or drop off checks. Before the incident, the complex had a number of 5-star reviews on Facebook and Google, including one that gave a “shout out for Hilary in particular for making this place home.”

Mueller did not respond to Inman’s multiple calls and emails requesting comment. 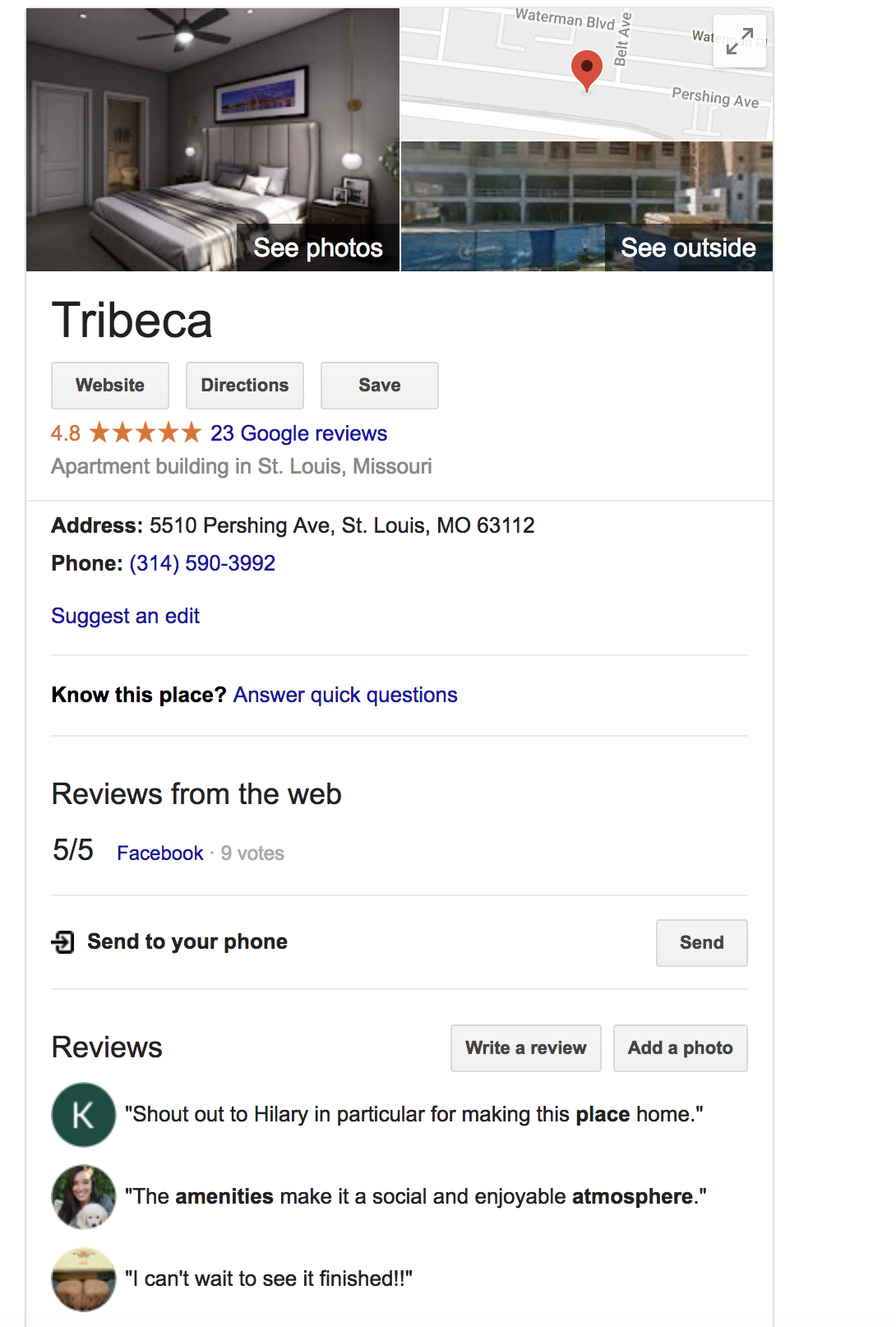 In May, Donte Robinson and Rashon Nelson were arrested after asking to use the restroom before buying anything, prompting an apology from the Starbucks CEO and nationwide bias training for all Starbucks employees.

In July, a woman called the police to report an African-American Yale student who had fallen asleep on a couch in a common study area — a move that caused student protests and a response from some of Yale’s top administrators.

And closer to home, a black real estate investor was recently inspecting a property when a neighbor called the police this spring.