A former Montreal mayor who spent two months in prison on corruption and fraud charges relating to kickbacks he received from real estate developers in exchange for his approval of their projects, gave up his one-year fight to have his real estate license reinstated on Wednesday.

Michael Applebaum, who was a practicing real estate agent before entering public office first as the mayor of a Montreal borough before briefly serving as interim mayor of the city, abruptly dropped an appeal to reinstate his license when a judge in Quebec denied a request to delay a hearing scheduled for Tuesday. The decision ends a battle waged in a Quebec court since late last year and effectively quashes his reentry into the real estate industry.

“The withdrawal of Mr. Applebaum reinforces our perception that the decision rendered in September 2017 by the Licence Issue and Maintenance Committee was developed and supported by serious reasons,” a spokesperson for Quebec’s real estate regulating body wrote to the Montreal Gazette in an email. 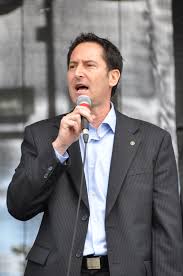 In January 2017, Applebaum was found guilty of eight corruption and fraud charges related to deals he undertook between 2006 and 2011 while serving as mayor of the Montreal borough of Côte-des-Neiges–Notre-Dame-de-Grâce. Canadian prosecutors argued he accepted more than $50,000 in kickbacks from real estate developers and engineering firms to help specific projects get approved.

In 2012, Applebaum was elected as Montreal’s interim mayor, but he was forced to resign once he was arrested the following year.

The longtime Canadian politician served two months of a one-year prison sentence and was released on parole in June of 2017. But prison time wasn’t the only consequence for Applebaum. Once his sentence was announced, Quebec’s real estate regulating body, the Organization of Autoregulation of the Real Estate Industry of Quebec (OACIQ), revoked his license due to the reputational damage it could do to the profession.

But since leaving prison, Applebaum has tried to continue working as an agent, which he had been doing while awaiting trial. After OACIQ denied Applebaum’s request to reinstate his real estate license last fall, his lawyer asked to move the appeal that was scheduled for Tuesday to Nov. 15. Applebaum needed the extra time to apply for real estate courses, according to local papers, .

After a judge denied the request to delay the hearing, Applebaum dropped the appeal to reinstate his license — which means he won’t be working as an agent any time soon. 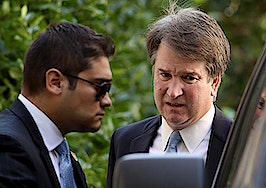