Some renters are being held back by “persistent homebuying myths,” according to the latest Insights Report from Bank of America, but other would-be buyers are getting the ducks in a row and considering when, where and even with whom to buy.

Some renters are being held back by “persistent homebuying myths,” according to the latest Insights Report from Bank of America. But other would-be buyers are getting their ducks in a row and considering when, where and even with whom to buy.

D. Steve Boland, head of consumer lending at the huge Charlotte-based bank, one of the nation’s largest financial institutions, said in the report that he finds it “encouraging” that millennials are redefining their priorities by placing ownership above almost all else. Being able to retire comfortably was the only milestone the survey respondents rated higher.

At the same time, the Bank of America executive is somewhat perplexed by certain myths that just won’t go away. Among those are the supposed need for perfect credit, the requirement for private mortgage insurance and that age-old bugaboo — how much they need for a down payment.

Nearly half the 2,000 adults queried for the semi-annual report said they believe they need 20 percent down to move forward, and almost 1 in 5 said they need to have a perfect credit score to be considered for a mortgage.

When they plan to buy

While 38 percent plan to buy within the next 24 months, 36 percent will take up to five years and 16 percent will wait six or more years if necessary. Forty-one percent say spring is the best time to buy, 24 percent picked the winter, and only 19 percent said summer.

Many renters, on the other hand, “are torn” by the rent versus buy debate. Nearly seven in 10 realize their rents will rise, either every year or every other year, and nearly half already pay at least 30 percent of their incomes every month for rent.

Renters have lots of things they dislike about being tenants as opposed to homeowners: They complain about rising costs and that they are throwing their money away and not building equity. They also gripe that the place they are renting doesn’t feel like a true home, and they feel they are paying their landlord’s mortgage.

Despite all that has been written or conveyed electronically about low down payment loans, 49 percent of renters think a 20-percent down payment is a requirement. Of course, nothing could be further from the truth. Depending on the type of mortgage, buyers need as a little as 3 percent down. And in the case of veterans, they may not need a down payment at all.

Forty-three percent knew they would have to pay private mortgage insurance (PMI) if they don’t put down 20 percent, which is another reason they have balked thus far from moving out of a rental and into a house of their own.

About 1 in 4 also imagine they’ll need a perfect credit score to qualify. Again, there is no such thing as a “perfect” score. The range of most metrics is 300 to 850, and depending on the lending program, 530 to 600 is acceptable.

On the flip side, though, even stronger percentages define the impression that younger generations see homeownership as a major life event that will define how they are perceived in today’s world.

For example, many millennials equate ownership with personal (53 percent) and financial (45 percent) success. In addition, 47 percent view being able to purchase as a sign of maturity. A significant 36 percent said owning will give them a feeling of independence.

“It’s promising to see them aspiring” to it, Boland said in a press statement. “They are getting ready to pull the trigger, as nearly 2 in 5 (said they) plan to buy within the next two years.”

When it comes to whom they plan to buy with, 57 percent will do so with a spouse or partner and 37 percent will fly solo, with 8 percent planning to buy with a friend, sibling or other family member.

First-time buyers are split evenly about what they’ll buy, with half preferring a starter home and the other half opting for their “forever” home. Among their other preferences, 52 percent want more square footage while 48 percent will seek a large backyard, 65 percent hope to have a garage and 35 percent are yearning for an extra bedroom. Sixty-six percent want a modern layout while 34 percent will be looking for a place with “good bones.”

Along that line, many respondents realize that the look and feel of a house isn’t forever, as 78 percent plan to update and maybe even renovate the place they buy, and 8 percent said they would gut the place and start over.

Respondent Breakdowns Convergys Analytics conducted an online survey on behalf of Bank of America between January 16 and February 2, 2018. Convergys surveyed a national sample of 2,000 adults age 18+ who currently own a home or plan to in the future. In addition, an augment was conducted to reach 300 adults in seven local markets: Austin, Boston, Charlotte, Dallas, Nashville, Phoenix, and San Francisco. The margin of error for the national quota is +/- 2.6 percent, and the margin of error for the oversampled markets is approximately +/- 5.8 percent, with each reported at a 95 percent confidence level. Select questions allowed respondents to choose more than one answer, resulting in a total response that may equate to more than 100 percent. 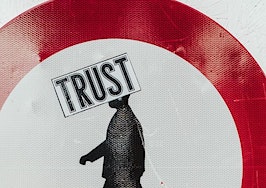