A Congressional Budget Office report says that over the next 10 years it will cost Uncle Sam $19 billion to cover the cost of some $12 trillion in mortgage-backed securities Fannie Mae and Freddie Mac are expected to create.

Most real estate professionals know Fannie Mae and Freddie Mac are the lifeblood of housing finance. The two government-sponsored enterprises keep local lenders’ coffers full by buying their loans on the secondary market, packaging them into securities and selling them to investors worldwide.

Many real estate agents and brokers also know that the “agencies,” as they also are sometimes known, have been in federal conservatorship since the beginning of the Great Recession in 2008, when the housing market imploded and almost brought down the entire economy.

Some who follow what goes on within their trade groups and in the nation’s capital also know lawmakers have promised to reform the two financial giants to protect taxpayers from ever having to bail them out again. They also know that, to date, nothing’s been done.

Now comes a Congressional Budget Office (CBO) report that says over the next 10 years, it will cost Uncle Sam $19 billion to cover the cost of some $12 trillion in mortgage-backed securities that Fannie and Freddie can be expected to create.

Made at the request of retiring Rep. Jeb Hensarling, R-Texas, the chairman of the House Financial Services Committee, the study does not take into account the agencies’ huge profits, which, over the objections of some stockholders, are passed on to the Treasury Department’s general fund to be used by the administration however it sees fit.

In this year’s second quarter, the two wards of the government earned a combined $6.9 billion. On an annualized basis, that works out to $27.6 billion.

At the same time, the CBO warns that new structures for retooling the secondary market by emphasizing private capital over Fannie and Freddie’s guarantees would lead to higher costs for homebuyers.

The report didn’t say exactly how much — only that “under normal conditions,” interest rates would run “slightly higher.”

But the highly detailed 41-page report also predicts house prices would be “slightly lower.” Again, it did not project how much lower prices would be.

On the other hand, if the market was controlled by a single, fully federal agency, as at least one proposal suggests, “rates could fall slightly,” the CBO said. But if there were to be another financial crisis, borrowers “could face significant constraints” to the availability of mortgages and higher interest rates.

The CBO is a non-partisan, independent agency that produces analyses of budgetary and economic issues to support the congressional budget process. The four alternative secondary market structures it studied for the report include:

This idea would still leave taxpayers exposed to covering the cost of defaulted mortgages, but because there would be no significant private capital involved, the transition from two government-sponsored enterprises (GSEs) to one would not change the structure of their guarantees.

Also, there would be no increase in the cost of the guarantees Fannie and Freddie now charge lenders and no change the limit on loans the GSEs are allowed to acquire.

2. A hybrid, public-private market in which the government and several private guarantors share the credit risk.

Under this approach, the private sector would bear most of the risk and losses during normal times. But during a financial crisis, Uncle Sam would step up to take on more of the losses.

Here, policy makers would be faced with making “some critical” choices about the new system.

3. A market in which the government would play a “very small role” during normal periods but would act a “guarantor of last resort” during a financial crisis.

Here, the government would fully guarantee “most” new mortgages during a financial meltdown. It would absorb all the losses but keep all the gains on the securities backing those mortgages, which it would not do under the hybrid approach.

4. A largely private secondary market in which there would be no federal guarantee.

During the transition to affect this proposal, Fannie and Freddie would raise their fees and lower their loan limits, allowing private firms to take up the slack.

Under the hybrid public-private model, the loan limit would decline to $453,100 in high-cost areas, the CBO says. But under a largely private market, it would gradually fall to zero. Under the other possible scenarios, there would be no change in the ceiling.

Are these alternatives any better?

On the costs to borrowers under the four plans, the CBO report says they “would depend on the extent of the decline in federal subsidies, the degree of the market’s reliance on the private sector, and the speed of the transition.”

Under the fully federal proposal, loan rates would “probably” fall, but only slightly. “Home prices might edge up a bit,” the report suggests.

Under the plans limiting the volume of guarantees by a new federal entity, it predicts some borrowers would switch to loans insured by the Federal Housing Administration.

But if the market shifts to an essentially private one, and there is financial crisis, “borrowers could face significant constraints on the availability of mortgages and higher interest rates under the largely private market (but not under the other three approaches) if the government did not step in to guarantee privately issued MBSs.”

Worse, perhaps, at least for current homeowners (but not for future buyers), the report warns that “the resulting downward pressure on home prices could be significant.”

The CBO study is an update to a 2014 analysis to inform policy makers on the different options in restructuring the American housing finance system. Rep. Hensarling has said he plans to introduce a housing finance reform bill sometime this fall. 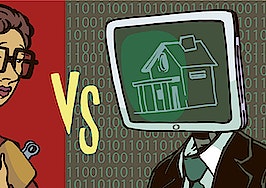 The number of consumers going without real estate agents is rising: Study 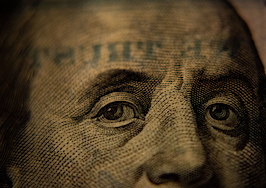 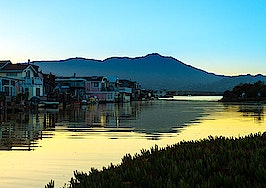 Home value soars after Black couple 'erases' identity prior to appraisal
Back to top
Keep up-to-date on tools and tactics to impress your clients and outshine your competition with the 2022 virtual bundle.Register Now×
Agent Appreciation Sale: Inman Select for only $85.CLAIM OFFER×
Inmanpot
Log in
If you created your account with Google or Facebook
Don't have an account?
Create an Account
Forgot your password?
No Problem