Louisette Geiss was once a rising star in the entertainment industry. She’d performed at the Grand Ole Opry and made appearances on hit sitcoms when she reached both the apex and proverbial end of entertainment career in Harvey Weinstein’s hotel room at the Sundance Film Festival in 2008.

Louisette Geiss was once a rising star in the entertainment industry. She’d performed at the Grand Ole Opry, made appearances on hit sitcoms and reached both the apex and proverbial end of her entertainment career in Harvey Weinstein’s hotel room at the Sundance Film Festival in 2008.

A decade later, her star is rising once again, this time in the real estate industry, where she’s the sales vice president at First American Title. At Inman’s Luxury Connect event in Los Angeles on Wednesday, Geiss recalled the incident in Weinstein’s hotel room, the catalysts for her to lead the class action lawsuit against the embattled movie producer and ultimately her second act in the real estate industry.

The night in Weinstein’s hotel room is still vivid in Geiss’ mind. She met Weinstein in the lobby of the hotel, and they made plans to meet in his office later, so Geiss could pitch a script she had written.

“I said, ‘I’ll go back and pitch you my script, but I want you to shake my hand that you won’t touch me,’” Geiss recalled. “The reason I did that, because quite frankly, I had been in the business 20 years and I had seen and heard a lot, but there was no concrete manual, there was nobody saying what happened to them, so I never knew if it was consensual or not.” 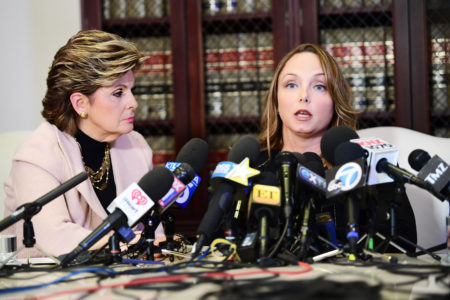 Attorney Gloria Allred and Geiss speak during a press conference about her clients allegations of sexual harassment by Harvey Weinstein at Allreds office on October 10, 2017. Getty Images

In the middle of the meeting, Weinstein excused himself to go to the bathroom and came back just in a robe. She declined, during the talk, to go into further gory details. Geiss left the room and in her head, knew full well what it meant for her entertainment career.

“When you work so hard in your life to get to a certain point and you’re told, hey you have to do some kind of thing that obviously does not feel good to you, you feel that you’re subjecting yourself to these horrible experiences,” said Geiss. “And you say to yourself, I won’t make it unless I do what he’s asking.”

Geiss ultimately became one of the first survivors to speak out publicly against Weinstein and his alleged decades of sexual assault and rape. She said she knows now that she’s one of the lucky ones and she claims “hundreds” of others that have been assaulted or raped by Weinstein.

Weinstein has unequivocally denied any allegations of non-consensual sex.

Weinstein was eventually terminated from his company, and there’s ongoing legal action, lead in part by Geiss, against Weinstein. Weinstein has also been indicted multiple times this year on rape charges.

But speaking on stage, Geiss had a message for attendees. Stopping people like Weinstein in the entertainment industry, and all of the other stories that have come out during the #MeToo era, across every industry of sexual harassment and assault, requires both men and women standing together and rising against what was for so long the norm.

Now, a decade after that night in Weinstein’s hotel room, Geiss, who was recruited into the real estate industry by her husband, is enjoying a successful second act, with her husband, young children, and new career.

“I re-invented myself completely,” Geiss said. “My husband recruited me into the real estate industry.”

“It’s a big leap to go from that to my new career,” added Geiss. “And although I’m grateful, there is a sadness in giving up 20 plus years of hard work. I’m sure any of you can understand that.” 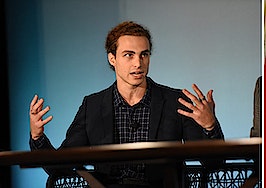 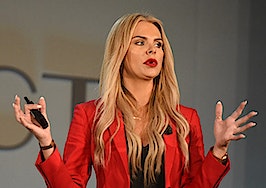 Want to level up? Become a wealth manager, not just an agent 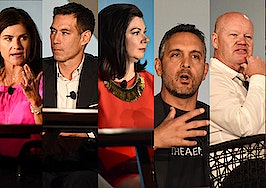 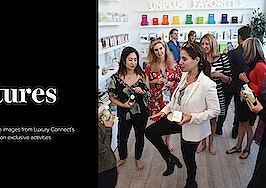