But in the meantime, these communities may be in for even more pain as the destruction cascades through the local housing markets.

First, the fires, which are massive. As of Tuesday morning, Northern California’s Camp Fire had burned more than 125,000 acres, destroyed 6,522 homes and killed 42 people — making it the most destructive and deadly blaze in the state’s history. Much of the fire’s destruction has been wrought on the town of Paradise, home to about 26,000 people, in Butte County.

In Southern California, the Woolsey and Hill fires had collectively burned more than 100,000 acres and destroyed an estimated 435 homes in Los Angeles and Ventura counties by Tuesday morning. The fires were driven by fierce Santa Ana winds, which also fueled a number of other, smaller blazes around the state.

Experts who spoke to Inman said that a straightforward recovery in the housing and real estate markets will likely take years, or even a decade. But over that time, the affected areas could see a variety of affects including sharp peaks and valleys in the housing market, construction labor shortages and more. But everyone who spoke with Inman expected Californians to return to blaze-ravaged communities — despite experts insistence that more development near fire-prone areas is one of the things exacerbating the destruction.

Here’s what experts believe could happen to the housing market in the communities most affected by the fires.

Months after the fire: A brief lull, then price spikes

Frank Nothaft, chief economist at analytics firm CoreLogic, compared the current destruction to what happened in the Tubbs Fire last fall in California’s Sonoma County — which was the state’s most destructive blaze until being surpassed by the ongoing Camp Fire. Nothaft told Inman that the Tubbs Fire destroyed 2 percent of the homes in the Santa Rosa metro area, which he described as “a pretty large reduction in housing stock.” In some neighborhoods, 100 percent of the homes were destroyed.

The result was a sudden wave of people looking for temporary housing, which drove rental prices up.

“That puts a lot of pressure on the vacant, undamaged housing stock that remains,” Nothaft said. 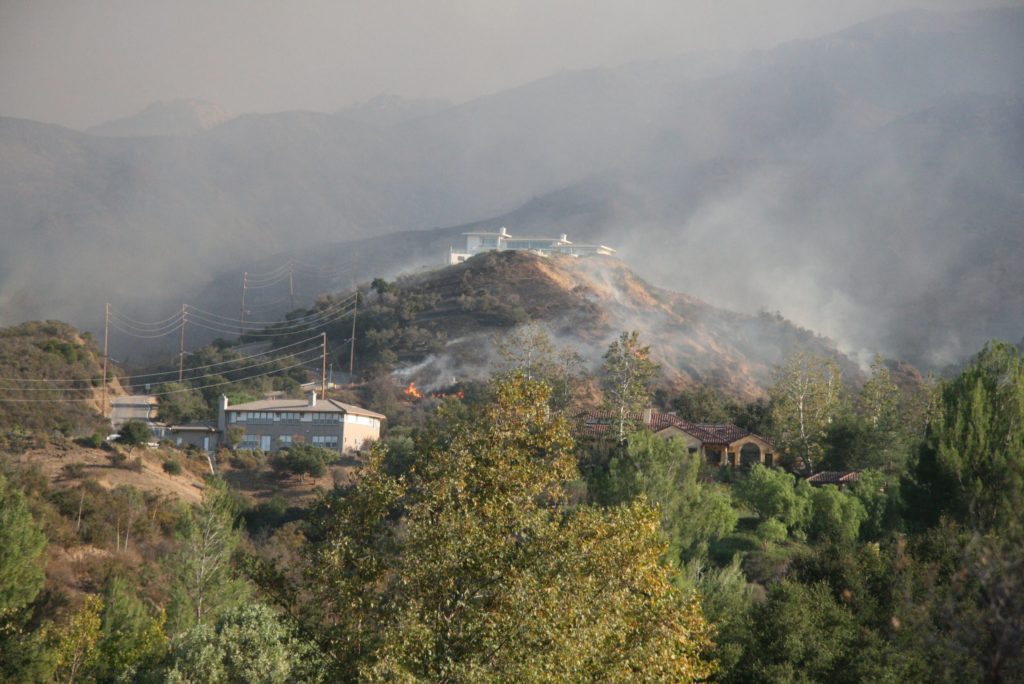 Rick Laws saw the effects of the Tubbs Fire first hand. A senior vice president at Pacific Union in Sonoma County, Laws described the blaze as “almost like a little hurricane of fire” that was “so unbelievably hot that it just destroyed” everything in some areas.

Laws also saw rental prices shoot up after the Tubbs Fire, telling Inman that inventory was constrained and “a lot of properties that were not rentals became rentals.”

Most natural disasters are followed by an immediate lull in home sales, Nothaft said, which typically lasts several months while “everyone’s trying to figure out what they have and what it’s worth.”

Soon, however, home prices follow rents and start shooting up as well.

“Very quickly, those who had the means started buying other properties,” Laws said of the Tubbs fire.

Following last year’s destruction, Laws saw houses sell for several hundred thousand dollars more than they might otherwise have fetched. People who had the means were happy to pay more, he said, in order to remain in their communities and keep their kids in the same schools.

“It drove the market for the first quarter last year,” he added. “Prices went up rather dramatically and demand, exacerbated by the scarcity, drove people to make offers they might not otherwise have made.”

Paradise, where this week’s fires have had the biggest impact, lies more than 100 miles from Sonoma County. Still, the Tubbs Fire offers probably the closest analog in terms of ferocity and scope to what is currently happening in California, suggesting that recovery could follow a similar trajectory.

A year after the fire: Mortgage delinquencies, labor shortages, and a ‘parade of flippers’

Today in Sonoma County, there are about 1,200 homes under construction and another 800 in the permitting process, according to Laws. It sounds like a lot — until you realize the Tubbs Fire wiped out more than 5,000 buildings.

“There’s still 3,000 lots out there,” Law said, pointing out that even with all the construction there is still a massive deficit in housing compared to before the fire.

Laws explained that construction has been slowed by both the rising cost of materials, and the fact that it’s simply hard to find enough people to do all the work.

The year following a major blaze can also see a spike in the number of people having trouble paying their mortgages, with Nothaft saying that following the Tubbs Fire “we saw a 50 percent increase in serious delinquency rates after the event.”

He explained that fires can destroy both homes, businesses, and infrastructure. People lose jobs, either temporarily or permanently, and the flow of capital is cut off.

“Even if a family lives in a home that had no severe damage the flow of income becomes disrupted,” he said.

In the meantime, communities affected by disasters like this week’s fires may see “a parade of flippers” and investors who come in and snatch up burned out homes, according to Randall Bell, CEO of the Landmark Research Group and an economist who has studied a variety of natural disasters.

“They come in and try to buy cheap and they know they’ll profit off of that.” he told Inman. “They’re usually looking for damaged properties.”

Communities may also see housing prices begin to normalize a year after the fire.

Laws said that in the area affected by the Tubbs Fire, the price spike was followed months later by “a dramatic fall, and it kind of evened out.” To date, Sonoma County home prices are up 8 percent — which is comparable to price growth in other parts of California.

“They went up dramatically but they’ve come back to something close to pre-fire prices,” Laws added. “When we look back, they’ve adjusted.”

Several years after the fire: Prices and communities fully recover

Communities affected by other fires have taken several years to see “normal” home prices, but they did eventually get there. A recent paper in the Journal of Environmental Economics and Management looked at fires in Colorado and found that housing values incurred “an immediate price shock in the year following a wildfire.”

“However, this effect is only temporary; prices of homes in high-risk areas quickly return to baseline levels two to three years after a fire,” the authors of the paper found.

Housing prices eventually returned to normal because the fires led to only “short-lived” increases in the perception of risk. Once the fire was out of sight, in other words, it was also out of mind and housing prices responded accordingly. 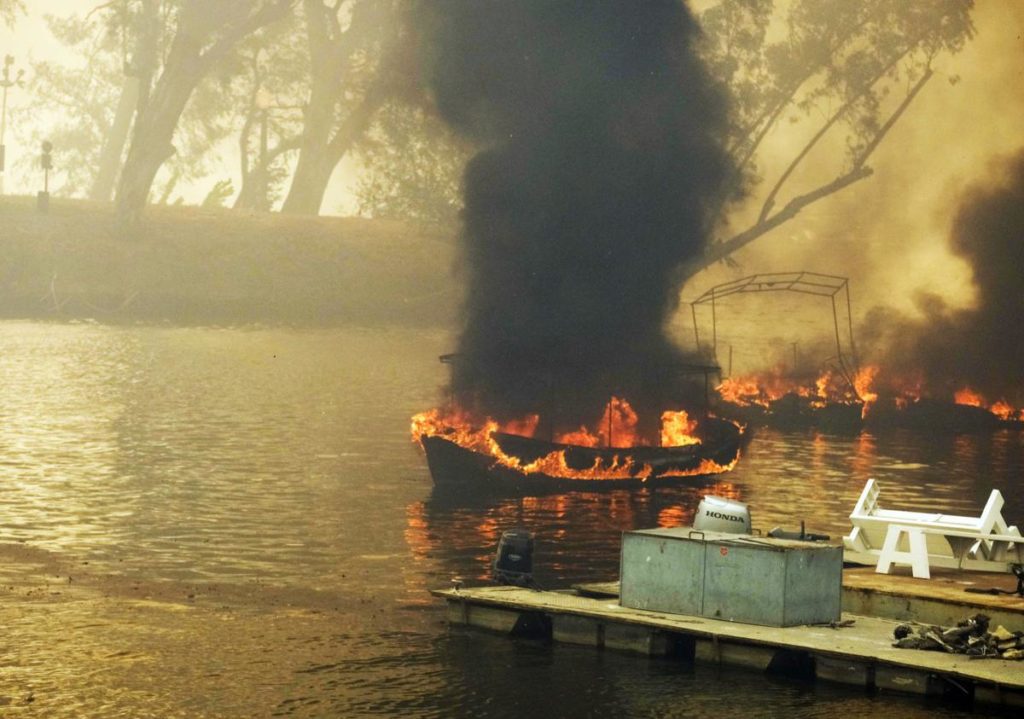 A full and complete recovery, however, could take even longer. Bell, who extensively studied Hurricane Katrina, said that he observed a recovery rate of about 10 percent per year after that disaster.

“So it took about 10 years to get back to something that looked somewhat similar to what it was before,” he said, adding that recovery from most disasters “happens over a period of years.”

Laws similarly expected the Tubbs Fire recovery to take as long as a decade, pointing out that a full year later some people are still trying to figure out their insurance settlements. And, he added, many still-vacant lots have complicated topography that will slow reconstruction.

“I think in a perfect world, it’d take five years,” he said. “But I wouldn’t be surprised to see this play out for 10 years.”

No one who spoke to Inman, however, expected development to cease in fire-prone areas or for people to abandon communities that abut wildlands.

“The markets in California are very strong and very resilient,” Bell said. “I don’t see any mass exodus.”

That will almost certainly set California communities up for future devastation. The authors of the article in the Journal of Environmental Economics and Management, for example, point out that many researchers believe building along wildlands has led “to a sharp increase in the likelihood of severe wildfires impacting inhabited spaces.” 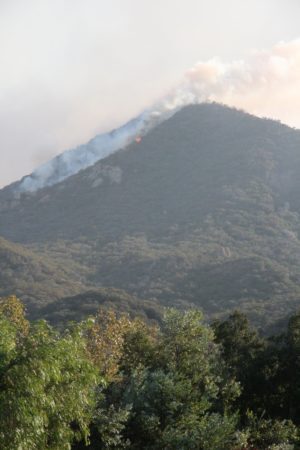 Experts tend to make a similar point each fire season, saying that California’s wildfires are becoming more destructive in part because there are more people living in places that evolved to burn. Fire authorities and political leaders have also stressed that climate change is also making fires more intense, and will only get worse in the future.

But experts who spoke to Inman said the market in California is driven by a high demand for housing and serious supply constraints in most metro areas. That pushes people out to the edges, into fire country, and that overall imbalance of supply and demand isn’t going to improve because of large blazes or the comparatively slow-moving impacts of climate change.

“My short answer is people will rebuild,” Nothaft said.

And in many cases, Californians simply believe their homes won’t burn, or have become accustomed to the threat of wildfires after decades of headlines in a state that sometimes seems to be perpetually on fire.

“As bad as this is, this has happened before,” Bell said. “And it’ll happen again.” 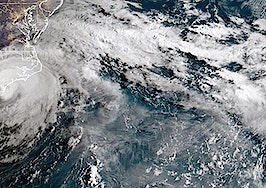 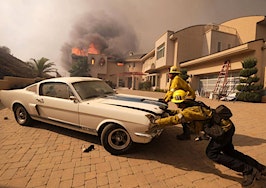