The company’s Memphis-area rentals also amassed property violations at an unusually high rate, equal to a new violation every day or two, according to The Post.

Large investment firms that have bought-up hundreds of thousands of single-family homes in recent years and and converted them into rentals have repeatedly come under fire for allegedly mistreating tenants.

For example, in one of the most scathing indictments of these corporate landlords, a report released almost a year ago by activist groups accused such firms of turning the American Dream into a “nightmare.”

Now Cerberus Capital Management — the owner of close to 20,000 single-family rentals and a top purchaser of homes from “iBuyers” such as Opendoor and Offerpad — has become the latest of these companies to be singled out in the media for reportedly engaging in predatory business practices.

In a searing expose, The Washington Post reported that the firm that Cerberus created to acquire and manage single-family rentals — FirstKey Homes — files for eviction at twice the rate of other property managers in the Memphis area and “threatens renters with removal at the highest rate among the area’s large management firms, going to court more than 400 times this year alone.”

The company’s Memphis-area rentals also amassed property violations at an unusually high rate, equal to a new violation every day or two, according to The Post.

A lack of a local presence probably accounts, in part, for FirstKey’s management style in Memphis, according to the report. One maintenance worker said the firm has struggled to keep pace with its rapid acquisitions.

With a local portfolio of 1,800 homes, Cerebrus is the largest landlord in Memphis, a market that has seen one of the sharpest shifts from homeownership to renting in the wake of the foreclosure crisis, a trend that has played out to similar or lesser extent across the country.

Purchases of single-family homes by huge rental investors backed by private equity firms have slowed significantly in the last couple years, following a feeding frenzy by such firms at bargain-basement prices during the housing slump.

But Cerebrus is at the vanguard of what may be a new push into this asset class, with these investors amassing boatloads of new capital to embark on new buying sprees.

Amherst Holdings, which has been a major player in the single-family rental space, reported in a recent analysis that “there are signs of significant new capital flowing into the sector as institutional investors gain greater comfort in the asset class,” and that rising interest rates and lower home-buying affordability may magnify demand for single-family rentals.

Big single-family rental investors have snapped up more than 300,000 homes since 2010, according to Amherst.

A recent move by Amherst itself illustrates a new technological twist in the industry: the partnering or blending together of single-family rental firms with homebuying and selling startups, such as Opendoor and OfferPad, also known as iBuyers.

Taking cues from Opendoor and OfferPad, Amherst recently launched its own iBuyer, “Bungalo Homes,” armed with $1 billion to purchase and re-list homes.

Other rental firms are increasingly using Opendoor and Offerpad as real estate vacuum cleaners, with the two iBuyers selling one out of 10 of their homes to institutional single family rental investors so far this year, up from less than half that rate in 2016.

The top purchaser of homes from these iBuyers was Cerberus, the firm investigated by the Washington Post. 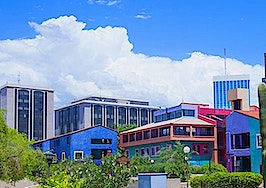 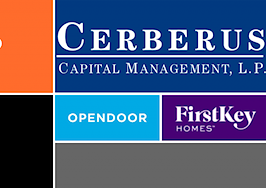