Agent and broker websites may soon get a boost from their local multiple listing service thanks to new industry data standards.

Agent and broker websites may soon get a boost from their local multiple listing service thanks to new industry data standards.

Up until now, each of the nation’s more than 600 MLSs has had its own interpretation of what fields to include in the data feeds they provide for the websites of their subscribers. That means if a broker or a website provider wanted to put together listing data from multiple MLSs, they had to spend time and money to “normalize” the data so that they could display the same property information in the same format.

But now the Real Estate Standards Organization, a nonprofit trade group in which industry players come together to approve data standards, has created a core set of fields that MLSs will be required to include in their IDX feeds, which RESO calls the “IDX Payload.” These 219 fields are the minimum that MLSs will have to deliver to brokers and their website providers, though they can always include additional fields for their local market. 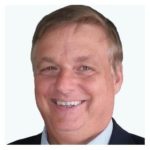 “The common fields like bath, rooms, statuses were not the problem,” David Gumpper, who chairs the RESO Broker Advisory Group, told Inman via email. Gumpper is also head of technology consulting at consulting firm WAV Group.

“[S]ome MLSs don’t provide the Order number for an image or would not provide any or partial OpenHouse data. It makes it difficult when 692 MLSs each have their own definition of what is in an IDX data feed.”

The National Association of Realtors requires all Realtor-affiliated MLSs — which most MLSs are — to comply with RESO standards to keep their NAR-provided liability insurance coverage.

MLSs have a year to comply after a standard is ratified. RESO ratified this particular standard — RESO Data Dictionary version 1.7 — in December, so MLSs will have until December 2019 to comply. RESO refers to its Data Dictionary as the “Rosetta Stone” of the real estate industry because it establishes a common language for exchanging data between systems.

“This is exceptionally good news for brokers and for every IDX technology firm. It means quicker time to market and that brokers will be able to expand into new markets faster,” Gumpper said in a press release.

“If all MLSs follow NAR mandates, we will have the highest quality and consistency of IDX data going out across all markets. This gives consumers access consistently to the best information. Agents and brokers look better when the information we give consumers is better. We’ve been lobbying for an IDX standard for years, and now RESO is delivering a major breakthrough for brokers.”

To transfer data between an MLS server and a vendor, many MLSs use an old programming language called the Real Estate Transaction Standard (RETS). But RESO stopped supporting RETS in July 2018 in favor of using an application programming interface (API) to request, add or edit information between systems. Now, in order to be certified as compliant with the Data Dictionary 1.7, RESO is making it mandatory for MLSs to implement the new standard on the RESO Web API.

“The RESO Web API is the future for standardizing real estate data,” said Art Carter, chair of the RESO board and CEO of California Regional MLS (CRMLS), in a statement. Carter is also part of the MLS RoundTable, an MLS think tank whose members have pledged to get rid of their RETS accounts and RETS servers.

“In layman terms, the transition to APIs will mean that more real estate agents and brokers will gain access to the most current and accurate data available, thus delivering the right information to their consumers,” RESO said.

RESO standards are not only used in the U.S., but also in Canada and India as well, according to RESO. And the new Data Dictionary 1.7 standard includes Spanish language fields, which the trade group says will serve Spanish-speaking countries as well as any MLSs in areas with a large or growing Hispanic population. My Florida Regional MLS, for example, debuted a Spanish version of its MLS system last year.

“The dictionary is a living document and will continue to grow, but … the implementation of this version by MLSs, brokerages, and software technology firms will lead to the improvement of websites, mobile apps, and other technologies, and we believe it will drive more innovation,” said Rob Larson, chair of the RESO Data Dictionary Workgroup and CIO of CRMLS, in a statement. 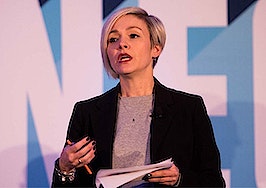 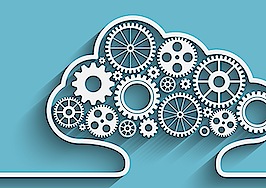 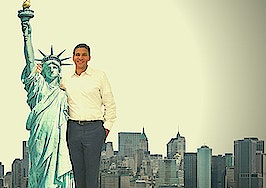