Rawpixel on Unsplash.
by Veronika Bondarenko
You successfully shared the article.
Close

Alyson McClure knew something was wrong when a man contacted her for a home listing but then proceeded to ask about her age.

Alyson McClure knew something was wrong when a man contacted her for a home listing but then proceeded to ask about her age.

Every time the Coldwell Banker agent from North Carolina brought up the house, the man, who described himself as a local resident, replied by asking about her dating life and other personal matters. It was only later McClure discovered she was not the only one contacted — after talking about the incident with a female colleague, they discovered the same man had written texts and Facebook messages to both of them. He had used the same profile picture but different names. 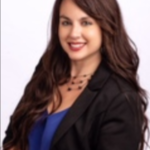 As a result, McClure decided to issue a warning to other female agents in her circles — and wrote a Facebook post describing what had happened under the man’s photo. (She also added that she had no way of knowing whether the man had used his own photo or had stolen someone else’s.)

“We don’t know what this guy’s intentions were,” she said. “If we had met him and then ended up in a home alone with him, there’s no telling what the outcome would have been.” 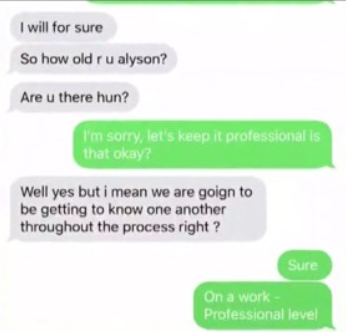 Safety risks confronting agents, particularly female agents, are a serious problem. Real estate professionals nationwide have reported scammers who pretend to call about a lead and then try to set up in-person meetings. One North Carolina agent was raped while touring homes with a man alone.

The National Association of Realtors (NAR) advised Realtors to be particularly careful while showing homes alone or in abandoned or secluded areas. This could mean checking in with colleagues or setting up an alarm on one’s phone.

“NAR recommends that Realtors report the circumstances in which they feel unsafe, whether that is through emails or messages they receive, at open houses, while showing vacant and model homes, working with unlocked or unsecured properties and showing homes in remote areas,” a NAR spokesperson told Inman.

McClure blocked the man who contacted her on all social media accounts and has been looking out for similar instances in her state. She said that, while social media often exposes agents to people with bad intentions, it also provides a way for the community to keep each other safe. She believes that, by notifying each other of strange instances and uncomfortable situations, they can thwart dangerous situations before they occur.

“We can come together as a whole group and have a common purpose of making everyone else aware of people like this guy,” she said.