Like an avalanche growing larger as it tumbles down a mountain, agents are seeing swelling demand from buyers as mortgage interest rates plummet.

Like an avalanche growing larger as it tumbles down a mountain, real estate agents are seeing swelling demand from buyers as mortgage interest rates plummet and — contrary to what some observers previously expected — home buying actually gets cheaper.

The latest news of falling mortgage rates came Thursday, when a new survey from Freddie Mac revealed that the average for a 30-year fix-rate mortgage had dropped from 4.28 percent to 4.06 percent — the biggest single-week decline since 2008. The rate drops are tied to the Federal Reserve’s belief that the economy is poised to slow down, according to an economist from Freddie Mac. 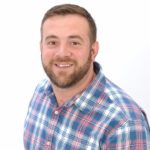 But concerns about the economy notwithstanding, real estate professionals across the country described the falling rates as a boon for their respective markets. Kevin Vandenboss — a broker who specializes in assisted living, commercial, and multifamily real estate in Michigan — said he’s working on a deal for a $4 million rental property. The deal began last year, but, later, ended up “kind of dead in the water” thanks to rising rates cutting into the buyer’s expected profit margins.

“This whole deal kind of hinged on the interest rate that the buyer could get,” he said.

However, falling rates suddenly raised the possibility that the deal could be profitable again, and it’s currently on its way to closing.

“Because of the interest rates coming down again we could actually get the deal done at the same price and terms and everything,” Vandenboss said. “We’re going to bring it back to life.”

Vandenboss also said that most people he works with remain cautious, thanks in some cases to having been stung during the economic downturn a decade ago, but he still expects more buyers to come back to the market this year.

“I think it’ll have a positive affect for sure,” he added. “Money is cheaper to get. People are able to do more deals.” 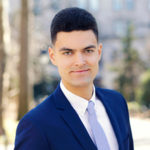 Agents working in other parts of the country are similarly witnessing growing interest. Dex Lipovic, an agent in New York City, told Inman he has “seen a massive uptick in the traffic of buyers now that they have seen that rates have decreased.”

“Buyers that were on the fence about purchasing last fall and winter have reached out and are ready to start touring again now that they have heard the news,” he continued. “I have tours planned this weekend with three buyers who have all submitted pre-approval applications and are ready to purchase in this spring market.”

Lipovic — who has been actively sharing information about falling rates on social media and in his newsletter blasts — said the enthusiasm for cheaper mortgages isn’t limited to buyers. Indeed, he has also seen more inquiries from potential sellers recently as news of falling rates makes its way to consumers. 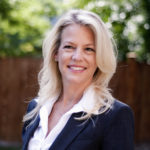 Dana Rice, an agent in the Washington, D.C., area, told Inman her clients too are “very aware of rates, they are very sensitive to it, they watch it very closely.” Though she doesn’t believe mortgage rates alone will prompt people to move, they do lead to a greater sense of consumer confidence — which is the opposite of the “malaise” Rice saw last year as rates were climbing.

Asked if people in her market are stoked about the changes, she confirmed that, yes, “they are definitely more stoked.”

The agents who spoke to Inman for this story indicated that, with news about rates only now beginning to spread widely, it’s still too early to tell how exactly residential consumers will respond. And no one reported experiencing a flood of closings in recent weeks.

But in Rice’s case, business is booming and she expects to see even more excitement in the near future.

“We’re extremely busy right now and its a good time to be out in the market,” she said. “I think you’re going to see some activity.”

Curiously, it wasn’t long ago that many in the real estate industry were bracing for the exact opposite scenario. Last year saw a string of headlines about rising rates and their (potentially negative) impacts on the real estate industry. By December, regulators had raised the federal interest rates four different times and many were bracing for additional hikes in 2019.

Instead, the Fed has most recently declined to raise interest rates and signaled earlier this month that no more hikes were in store this year. (Mortgage rates aren’t set by the Fed, but instead are influenced by what the agency decides to do with the federal funds rate.) 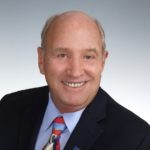 Of course, no one expects falling rates to be a panacea that solves all of real estate’s issues. Jim Weix, an agent working along Florida’s Treasure Coast, told Inman that despite falling rates, homes sales in his area were down in February compared to a year earlier. He attributed that drop to prices, which he said soared too high last year and haven’t yet come back down to earth.

“A lot of that has to do with properties being overpriced,” Weix said. “We’re talking waterfront property where the house will be overpriced by $100,000, and they may be lower it by $40,000. But its not enough.”

Weix said that under normal conditions, falling mortgage rates will push property values up. But he thinks it may be a while before that happens this time around.

“I think what’s happening right now is property prices have gotten to the point where they needed to stabilize,” he added, “so I’m not sure we’re going to see the prices go up more.”

Still, Weix is optimistic about the coming year. He said that prices appear to be gradually returning to ranges more people can afford. Inventory is up. And of course, mortgage rates are falling.

“With the combination of prices stabilizing and lower interest rates,” he added, “I’d say it’s going to be good for the real estate market.”