This week, undercover journalist Sarah Miller published a piece at the online magazine Popula about her adventures pretending to look for a condo in Miami while actually probing the local real estate industry’s take on climate change.

Miami, of course, faces serious threats related to daytime flooding and sea-level rise, which are both increasing due in part to human greenhouse gas emissions warming the planet and melting polar ice, and which experts project could damage and destroy billions of dollars worth of residential and commercial real estate there — and in other coastal areas — in the coming decades.

What Miller found as a pretend buyer and undercover reporter, however, was a real estate industry that seemed to be either unaware of the specific threats climate change poses, or unwilling to openly confront those threats when faced with a potential buyer.

And she found a booming construction scene that was apparently taking only the most basic measures to address future flooding.

Overall Miller reported liking Miami. Though she said the city has a “douchey” reputation and the agents she met were working “on the front lines of capitalist hypocrisy,” Miller still enjoyed her time in Miami and noted that everyone else, including herself, is implicated in some way by climate problems.

Still, the overall thesis of the piece is that Miami is not doing enough to address its own vulnerability, and real estate agents do not appear to be taking the threat seriously.

Here are some of the things agents told Miller:

One of the most common refrains that Miller heard was that Miami is addressing climate change by raising streets and some other infrastructure, and by installing pumps.

“They raised the streets and it fixed the problem. It probably gives us another fifty years. It’s all being taken care of,” an agent told Miller. “And Miami is really taking off.”

“There are pump stations everywhere, and the roads were raised,” another agent said. “So that’s all been fixed.”

Yet another agent compared Miami to Amsterdam, also a low-lying city that is facing threats from flooding and rising sea levels.

“She mentioned Amsterdam, and how they were making it work, and how the Dutch were just the poster child for how this worked, and that they were sorting out a way to make this work,” Miller wrote of the agent.

Miller was also told that catastrophe, if it’s coming, is a very long way off — longer even than people living today are likely to see.

And here are some of the reasons those rationalizations don’t hold water, according to Miller:

Miller spoke to several experts who dismissed the pumps and raised-road strategy as shortsighted. The gist was that while such measures might help a particular building, they don’t represent a comprehensive solution. And they ignore the fact that even if a building itself isn’t flooded, rising water in the surrounding area could trap residents.

“No, you’re not crazy,” Amy Clement, a climate scientist at the University of Miami, said of the pumping and raised-road strategy. “That alone is not coordinated planning, and it’s not a comprehensive solution.”

“Yes, you do need to be able to get out of the building to get medicine and groceries,” Astrid Caldas, another scientist, said. “If all the streets are flooded, what then?”

Miller also dismissed the Amsterdam comparison for two reasons. First, the Netherlands has spent billions of dollars to mitigate the impacts of climate change, while Miami has spent far less. And second, unlike the Netherlands, Miami is built on permeable limestone, which soaks up and conveys water.

“In Miami, sea water will just go under a wall, like a salty ghost,” Miller wrote. “It will come up through the pipes and seep up around the manholes. It will soak into the sand and find its way into caves and get under the water table and push the ground water up.”

Scientists also told Miller that the impacts of climate change are going to become dire more quickly than the agents seemed to believe.

The piece ultimately doesn’t explicitly push any one remedy or another for these various problems. However, the author does mention talking to a friend, a native of Miami, who hints that perhaps the city is beyond saving.

“This is the neoliberal notion, that the reasonable and mature way to think about this stuff is: Get more efficient and find the right incentives to encourage the right kinds of enterprise,” Miller wrote. “But my friend wondered, what if the mature thing to do is to mourn — and then retreat?” 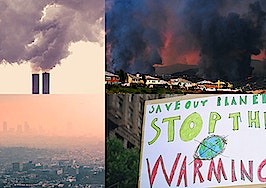 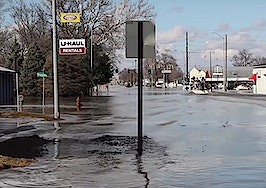