When Courtney Clarke showed up to meet a potential client last month, the first thing she ended up talking about was her 2018 M5 BMW. The man, a mechanic, loved it.

When Courtney Clarke showed up to meet a potential client last month, the first thing she ended up talking about was her 2018 M5 BMW. The man, a mechanic, loved it. 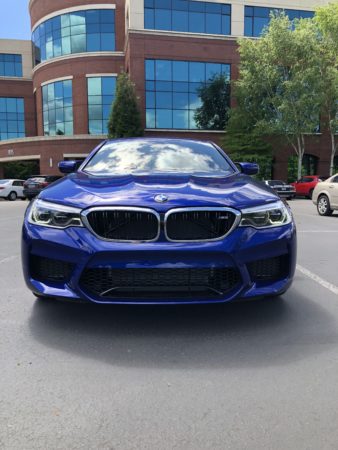 “We started talking about cars for about 20 minutes,” Clarke recalled in a conversation with Inman. “He said, ‘you know what, I’ve already interviewed four agents, but anybody who drives that I trust.”

Clarke — an agent with the Summa Real Estate Group in Portland, Oregon — ultimately won that listing, as she has with others, thanks in part to a vehicle she described, with a laugh, as “kind of a monster.” The experience also supports Clarke’s view that while it may not be the only, or most important, part of an agent’s persona, a vehicle generally does make an impact on potential clients.

“The bottom line is I think it does matter,” she said. “If you pull up to a listing in an old Datsun hatchback and you can barely get gas in it, you’re going to have somebody say, ‘I don’t know if I can trust that person with the largest sale in my lifetime.'”

But not everyone in the real estate industry agrees on how much an agent’s car matters, or even if it matters at all — a fact that was highlighted recently in a Facebook post where hundreds of real estate professionals and observers weighed in on the issue. Opinions ran the gamut, but Joshua Darville said the consensus seemed to be “that keeping a clean, tidy car was more important than what car it is.”

Darville — an agent with Mark Spain Real Estate in North Carolina who originally posed the question on Facebook — drives one of two cars when he goes out on appointments: Either a 2008 Toyota Sienna minivan, or a bright yellow 2001 Lexus. 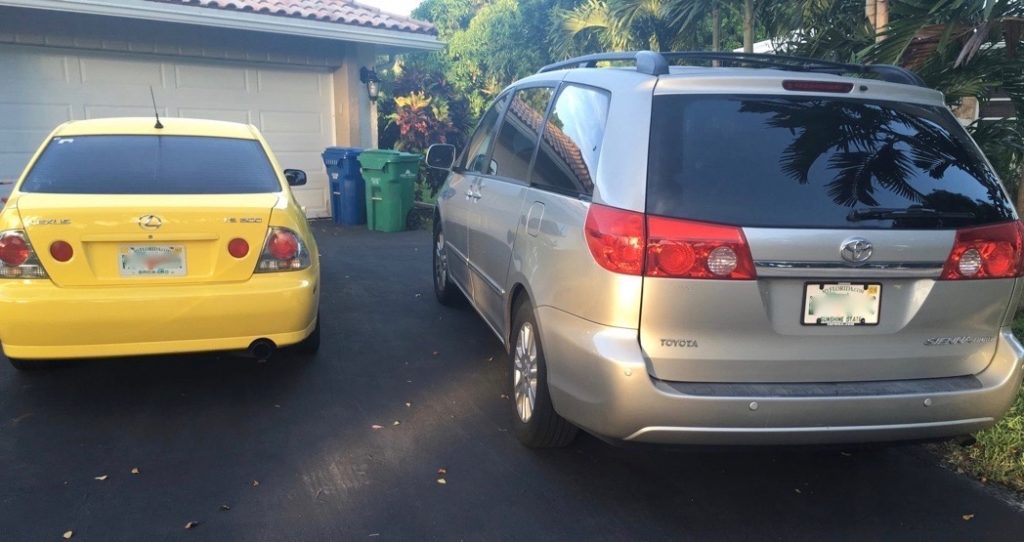 Darville said that his automotive choices stem from his family’s decision to live frugally. They have no car payments, and in any case the Lexus “still runs like a champion so, why get rid of it?”

But Darville agreed with Clarke that the issue comes down to perception, which is something agents do have to be aware of. And he suggested that the importance of specific types of cars depends on the price point where agents are working. He ultimately advised agents to drive vehicles that fit in with their clients’ lifestyles.

“Try to have a vehicle that looks like it could be an average type of vehicle for that neighborhood,” Darville suggested.

Renyel Rivero, an eXp agent in Miami, made a similar point, arguing that agents need cars that, in the end, don’t distract from what they’re really supposed to be doing, which is selling homes.

“I’m not showing up in a car that’s going to create a stigma, but I’m not spending all my money on my car,” he said. “I don’t want to show up in a Kia. It needs to be nice enough that it doesn’t affect me or my security going into an appointment.”

When Rivero started out in real estate more than a decade ago, he was driving a Saturn. At times, that meant parking around the block so clients couldn’t see the dents in the body. Today, he owns a Lexus IS 200t, but he said that irrespective of the vehicle clients are going to perceive if their agent is accustomed to their price point or not. In that sense, a car isn’t going to make or break an agent.

“I think that if you go into an appointment and you vibrate on the same economic level as your clients, they’re going to grasp that,” he said. “If I was showing up to an appointment for a $950,000 house when I was driving my Saturn, I wasn’t going to get that listing anyway because it was outside of where I was vibrating.”

Of course, perception can cut both ways as well. Clarke, in Portland, said she has actually lost listings apparently thanks to her BMW. The problem, she explained, was that sometimes the “perception is if you drive a really, really nice car you overpaid” — and that’s the last thing an agent wants to convey to, say, a buyer. And when she knows in advance that the BMW, isn’t going to work, Clarke takes a different vehicle.

“When I do rural properties,” she explained, “I drive my husband’s jeep.”

Other agents described using their cars to craft very specific messages. Caleb Davis, a Keller Williams agent in Illinois, is 26 years old and has only been in real estate for four months. He also specializes in high-end properties, as well as working with investors, but he understands that he could potentially come off as young and inexperienced.

So, Davis opts to drive a bright blue 2014 Porsche Cayenne. He said people comment on the car and it has helped him overcome judgement that may be unduly leveled at younger people. And most importantly, Davis said his vehicle has helped him win three different listings.

“I believe if I had a normal car in my market I would be less successful,” Davis told Inman.

Lathan David’s vehicle is a conversation starter as well, albeit of a very different type. The Berkshire Hathaway HomeServices agent in Baton Rouge, Louisiana, said that for some listing appointments he drives his restored 1975 Ford Bronco. 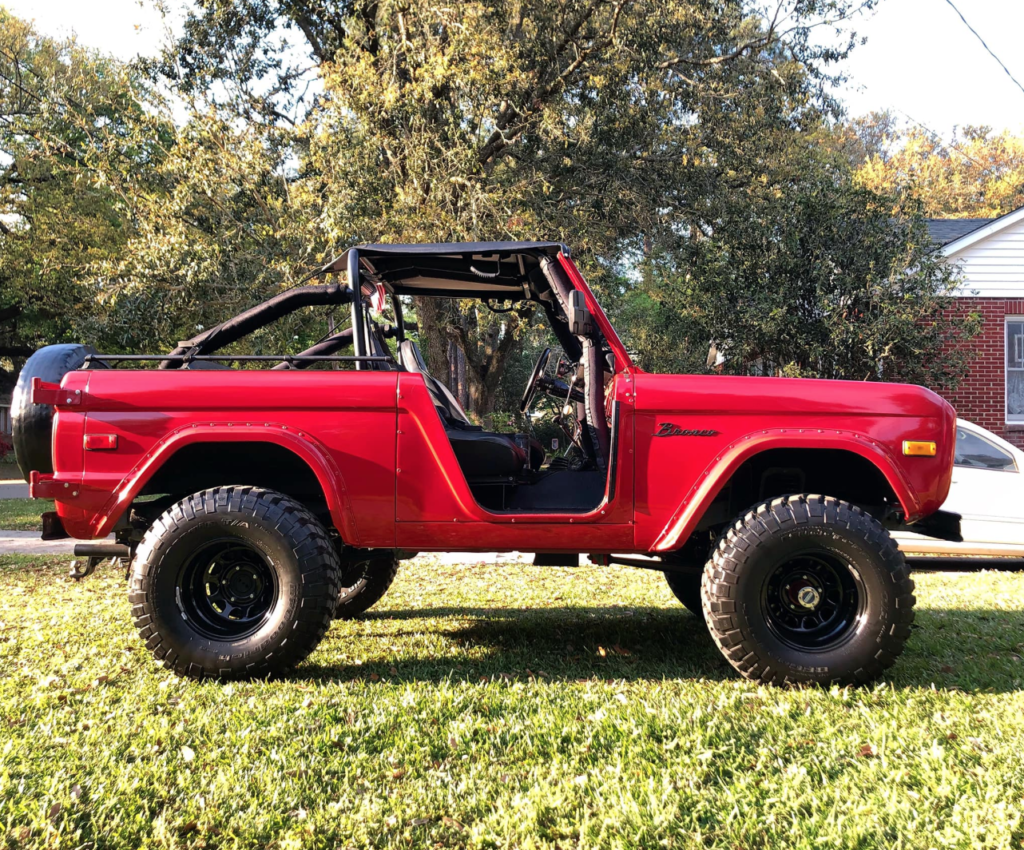 David described the Bronco as having a positive impact on his business, with people popping into his open houses when he has it parked outside just to chat about it. And it sometimes serves as a “cool conversation piece” for new clients.

David also agreed with other agents that perception in real estate is important — “I do feel that that first impression really matters” — but his affinity for his Bronco also goes quite a bit deeper than simply trying to control his image. He told Inman that his father first had the Bronco in the 1980s and that “as a child I got to watch him completely restore this vehicle.”

Years later, in 2015, flooding in Baton Rouge swamped the Bronco in more than four and a half feet of water. David then restored it again himself, and it very clearly remains a connection to his own personal history.

“It’s something that I will have forever,” he added.

For some agents, that kind of connection to a vehicle transcends its direct impact on their business. Though many agents who commented on the recent Facebook post advised real estate professionals to live frugally, or to not worry about the model of the car they drive, others stressed more abstract benefits to driving one car over another.

David and his restored family Bronco are an example of that.

Clarke’s BMW is another. She said that there are times when she actually leaves the BMW around the corner — much as Rivero did with his Saturn years ago — so it doesn’t influence her clients. But even if no one sees it, she knows its there and it makes her happy. And that, she said, is what really matters.

“I go to work everyday with a smile on my face,” she said. “I go to every appointment with that extra bravado.”

3 tips for winning real estate listings as a newbie agent 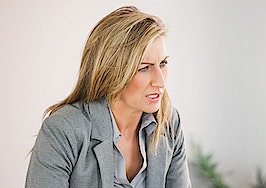 12 ways agents get on their clients' last nerves 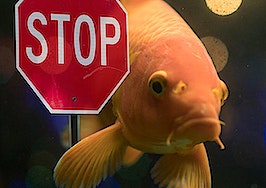 Are you making these 3 career-ruining mistakes? 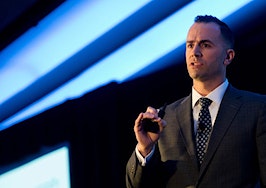 Here's why this broker started his own iBuyer