Following a lackluster March, housing starts in April rose by 5.7 percent to a seasonally adjusted annual rate of 1,235,000, according to the latest data from the U.S. Census Bureau and Department of Housing and Urban Development, released Thursday.

While the past year has experienced major drops in housing starts, April’s numbers show signs that the market is slowly turning around to bring in more construction.

“A strong spring homebuying season seems to have pulled the housing market out of its slump of the past couple months,” TIAA Bank Executive Vice President John Pataky in a prepared statement. “Wage growth has been solid, and relatively placid markets during April likely made consumers more confident in their finances. Furthermore, there has been an unseasonable dip in lumber prices, which has provided downward pressure on input costs in this important time for the market.”

Due to low inventory and growing home values, the market is currently struggling to meet an increased demand for housing.

“The for-sale housing market is continuing to cool as builders of single-family homes pull back from the market,” said Trulia Chief Economist Issi Rommem in a statement. “Earlier, this tendency was concentrated in those West Coast markets which have cooled the most, but it now appears to have spread to the South as well, where the bulk of new U.S. housing is produced.” 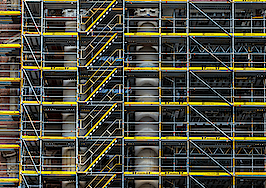