Technology and real estate are colliding more than ever before, and there’s no bigger tech company in the world right now, at least in terms of valuation, than Apple, Inc.

So when Apple rolls out a shiny new tool, it’s only a matter of time before it ends up changing the way agents and brokers do business. On Monday, the company co-founded by Steve Jobs presented a whole suite of new tools, services and products at its annual Worldwide Developer Conference (WWDC) in San Jose, California. Here are the updates most likely to work their way into the real estate ecosystem in the near future:

iOS 13, the new free version of Apple’s operating system for the iPhone and iPad (the software that controls these devices), will include the first official “Dark Mode” for the iPhone, which flips the colors on your iPhone’s screen to predominantly blacks and grays.

Apple believes the darker color scheme could be easier to view in certain situations, such as when lighting is low, and it generally should please people who prefer reading lighter text against darker backgrounds.

Dark Mode will work with all of Apple’s native apps, and can be programmed to kick in at a certain time of day or night.

At this point just about everyone has probably landed on a new website or app that asks users to sign in, but allows them to use their Facebook or Google profiles rather than using their email addresses or going through the time-consuming process of entering in a bunch of contact information.

Now, Apple is creating its own version of this tool that taps into users’ existing Apple IDs (the online profile you set up when first turning on a new Apple product or using iTunes/Apple Music).

In Apple’s case, the tool is called “Sign In with Apple,” and the company says it is more secure than the versions created by other tech giants. They key is that rather than giving the developers of third-party apps and websites your actual Apple ID, the tool creates a “unique random ID,” according to the company.

“Even in cases where developers choose to ask for a name and email address, users have the option to keep their email address private and share a unique random email address instead,” Apple explained in a statement Monday. “Sign In with Apple makes it easy for users to authenticate with Face ID or Touch ID and has two-factor authentication built in for an added layer of security.”

More privacy is certainly a good thing, especially in an industry such as real estate that has become a high profile target for cyber attackers.

But it’s also unclear how a system based on “unique random email addresses” might impact agents who operate in a uniquely interconnected digital environment. Some more tech-savvy real estate pros out there, for example, might have linked up their customer relationship managers (CRMs), lead generation tools such as those offered by Zillow, document providers and other electronic services.

Frankly it’s hard to imagine another industry that relies on more third-party apps all talking to each other, and only time will tell if Sign In with Apple enables the same kind of interconnectivity that other tech companies have developed.

Sign In with Apple is part of the company’s update to its popular iOS operating system.

As part of Apple’s refresh of its iOS operating system, the popular iMessage app will now let users choose how their display name and photo appears to anyone they message or call.

This is similar to what other communication apps, such as Facebook Messenger, already do.

However, given the ubiquity of iMessage the addition of names and faces could become a popular new feature, especially since Apple will now also let you create your own animated avatar to use as your profile photo, through its customizable Memoji tool.

At the very least, this ought to make communication between agents and clients clearer. But it’s also easy to imagine real estate professionals using this new feature to more easily recognize prospects and to unify their own branding and how it appears to anyone they message.

Apple unveiled a handful of new photo and video tools that have some pretty obvious applications in an industry that’s as visually oriented as real estate.

For starters, the update to Apple’s iOS, will now include tools that make it easier to browse and edit elements such as lighting. Users will also be able to edit video inside the Photos app.

Apple said Monday that these tools should give photographers “more creative possibilities and control over their images.”

The company also unveiled some higher end solutions that will likely appeal to professional videographers. Most notably, Apple built a new Mac Pro computer and high-end monitor. Apple described these products as the “most powerful” tools the company “has ever put in the hands of pro customers.”

The Hollywood Reporter argued Monday that these higher end tools are geared toward filmmakers. However, the real estate industry has increasingly turned to professional videography to sell homes, particularly at the upper end of the market. And that means it’s probably only a matter of time before someone is using this new Mac Pro to cut a video for some multimillion dollar listing.

However, you’ll need some high-dollar commissions to pay back the cost of the computer and monitor, which start at $5,999 and $4,999 respectively.

Apple’s flagship wayfinding app has long played second fiddle to Google Maps in terms of total user popularity and arguably in terms of accuracy, but the new iOS update promises an “all new experience” for the “millions of people” using Apple Maps. The new version of the app will include “broader road coverage, better pedestrian data, more precise addresses and more detailed landcover.”

Among the updates include a new, high-res panorama like feature to rival Google’s StreetView for getting close-up views of properties, which should certainly be helpful for those looking for homes and neighborhoods.

“The new map is available now in select cities and states,” Apple said Monday, “and will roll out across the U.S. by the end of 2019 and to more countries in 2020.”

A preview of Apple’s new version of its Maps app | Credit: Apple

Any better mapping tools will likely be useful to real estate agents who are constantly on the go.

Improvements to Apple Maps should also be especially handy for agents who like to use voice commands with their iPhones, as those phones default to Apple’s proprietary mapping technology rather than that of a competitor such as Google.

Also as part of the iOS 13 upgrade, Apple’s Files app will now enable iPhone users to access data stored on USB flash drives and SD cards, as well as the Apple’s iCloud drive.

Though it wasn’t immediately clear how the Files app will work with external peripherals, this could be immensely beneficial to agents who still have to transfer big digital files on physical hard drives, or between different devices.

In a move that is likely to please developers, Apple also announced Monday that it created a system to let iPhone and iPad apps run on desktop computers. Dubbed Project Catalyst, the system should eliminate the need to build entirely separate apps using different methodologies for Apple’s two main environments. And of course that should save developers money as well.

Apple previewed three different apps Monday that have used Project Catalyst, according to Macworld. One was built by Twitter and the other two were games, but Project Catalyst could conceivably be used by major real estate companies to more easily move their apps across digital ecosystems. And that could ultimately change the way consumers engage with portals and agents with their brokerage apps.

When is all of this available?

A beta version of the new iOS 13 will debut later this month. Apple will then release the final, full version of the software in the fall. It will be offered as a free download for any iPhone 6S or later, as well as more recent iPad models. 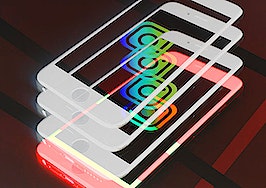 5 apps to level up your social media storytelling mojo 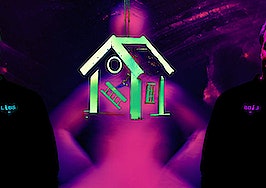 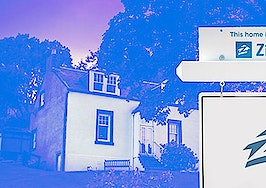 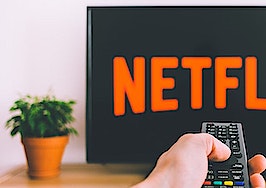