Hasier Larrea, the CEO of the Boston-based Ori Living, believes tiny apartments, and the kind of adaptable smart furniture his company produces, are inevitable.

After Ikea announced it would be rolling out a futuristic robotic storage unit that transforms into a bed, couch and room divider, many were left wondering whether tiny 200-square-feet apartments with adaptable robotic furniture would be the next big thing in urban dwelling.

While the so-called Rognan storage unit is, thus far, slated only for markets in Japan and Hong Kong, Hasier Larrea, the CEO of the Boston-based Ori Living, believes tiny apartments, and the kind of adaptable smart furniture his company produces, are inevitable.

“The way to make that sustainable is to say ‘Ok, you’re going to live in smaller spaces but use technology to make those smaller spaces feel like the larger spaces that you’re used to,'” Larrea told Inman. “That’s why technology is so important and this robotic furniture, robotic interior systems are inevitable.”

Inman spoke with Larrea about robotic furniture, tiny homes and the future of urban living. This interview has been lightly edited for length and clarity. 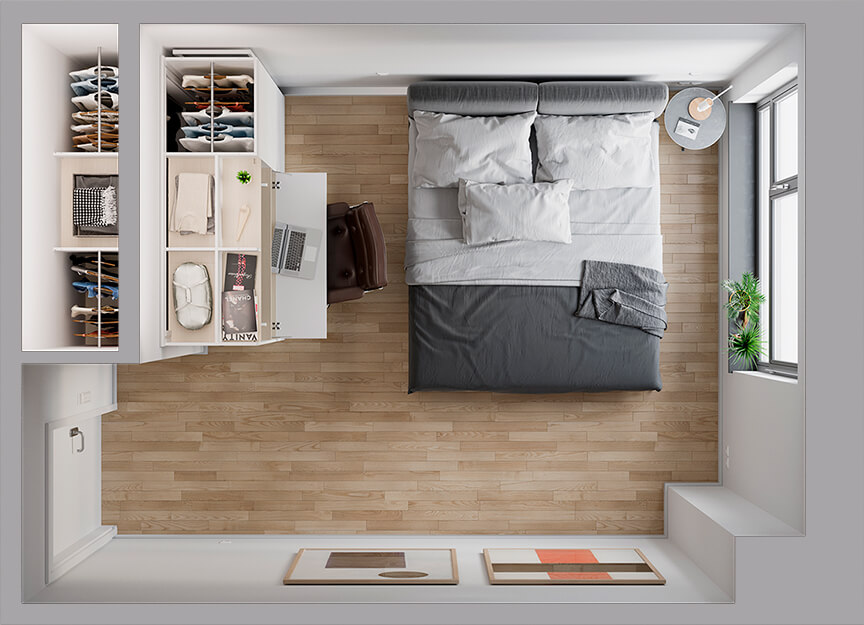 Inman: What does your team at Ori Living do?

Larrea: Our technology came out of the Massachusetts Institute of Technology here in Boston. And what we do is use robotics to create living spaces that feel much bigger, much larger than they are. Think about it as robotic interiors where spaces can transform to your needs on demand — with your touch, with your voice, with your mobile phone. We came up with the idea and, as a company, have launched a few products on our website. There’s the Ori Studio Suite, the Ori Pocket Closet. We are getting ready to launch the Ori Cloud Bed, which is already on the website. And we’ve been working with a lot of developers in the U.S. to launch some of the systems in real buildings.

How did the Ikea collaboration come about?

As part of this work, a couple of years ago Ikea came to us and we started looking at how we could integrate our robotic technology with their furniture design. When you look at all these robotics furniture systems, we basically always try to separate the robotics from the furniture. This means that you can create a lot of different systems. That’s why you have the Ori systems that are already on the market and now there’s going to be an Ikea-branded system that’s called the Rognan.

Tell us about the Rognan.

It’s literally a Swiss Army knife for a small apartment. You can think of it as your bed, your office, all your storage space, your couch and a partition wall all in one system. For some in a small apartment it might be the only furniture system you will ever need to have. The price hasn’t been announced yet but it will be Ikea prices, for sure. 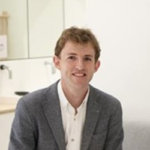 Why did Ikea choose to limit the Rognan to the Japan and Hong Kong markets? Is it because these two places are especially known for their high-density living environments?

Yes. With a global company like Ikea, we wanted to look at all their markets and we wanted to start in the markets where they needed it the most. When you talk about Tokyo and Hong Kong, that is the definition of density. That is the definition of tiny apartments and very expensive spaces. A lot of people are moving to these cities so it felt like the right place to design for. Once you design and sell a product for such small spaces, the other markets become much easier. Of course this is a global idea and we do plan to bring the Rognan to other markets but this felt like the right place to start.

Are Ori Living’s other products available in the United States?

Yes. Our main focus is on developers but you can also buy them online, for sure.

Do you see tiny living spaces also taking off in the U.S.?

Oh yeah. It’s unstoppable. I was in Sweden over the last two days and there was press from all over the world. It was very interesting to see how reporters from Australia, Latvia, Estonia, Russia and all these countries were so interested in this topic. That is because all these countries, almost without exception, are starting to feel the pressure of mass urbanization in their main cities. A lot of people moving into the cities is starting to put pressure on real estate. This is definitely a global idea. We see this having a big effect in Europe, in the U.S. and all over the world.

Why are people increasingly choosing this option?

In some sense, it’s innovation by necessity. You look at all the studies showing that more than 50 percent of the world is already living in cities and that number is going to increase to 60 to 70 percent in the coming years. It’s almost like a math equation. The more people you try to fit into these very dense spaces, the smaller the spaces are going to become. Smaller and more expensive. That’s already happening. What we’re trying to do is make that sustainable. The way to make that sustainable is to say, ‘Ok, you’re going to live in smaller spaces but use technology to make those smaller spaces feel like the larger spaces that you’re used to.’ That’s why technology is so important and these robotic furniture, robotic interior systems are inevitable. They’re coming, and the fact that Ikea, the largest furniture company in the world, went public this week saying “This is the future” is a big validation for all the work that we’ve been doing, first at MIT and later at Ori.

Is robotic furniture a serious solution to rising real estate prices? Some would argue that it’s a temporary solution while one’s young, living in a small apartment and saving up for something larger.

Can you tell me about some of the other products you offer?

We have the Ori Studio Suite, which is very similar to Rognan, with a few more functionalities. We added a few more things, we also have internet connectivity, you control it through voice. It also has more storage and it also has bigger beds because the beds in the U.S. are bigger than they are Japan and Hong Kong. That’s available already for both developers and consumers. Then the Ori Pocket Closet is kind of a simple version of what you’ve seen. It’s basically a walk-in closet on demand. So think about a storage system that opens to give you your walk-in closet experiences and then collapses when you don’t need the walk-in closet. And then the one that we have announced but haven’t launched yet is called the Ori Cloud Bed. The Ori Cloud Bed is literally a king-size bed that drops through the ceiling so that your whole living room becomes your whole bedroom. So that’s the first Ori Collection.

What else is in the cards for Ori Living?

We want to build these types of robotics systems for offices, for hotels, for retail. That’s kind of where our heads are. We are building up toward the mission that we have on our website. 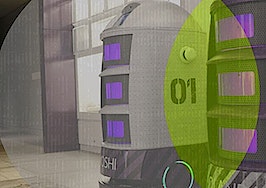 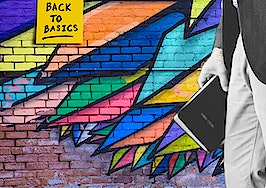 Coffee's for closers: How to create a mindset for success 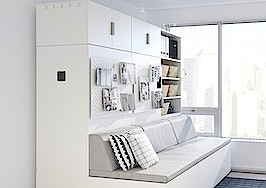 Would you buy Ikea's new robotic furniture?
Back to top
Only 3 days left to register for Inman Connect Las Vegas before prices go up! Don't miss the premier event for real estate pros.Register Now ×
Limited Time Offer: Get 1 year of Inman Select for $199SUBSCRIBE×
Inmanpot
Log in
If you created your account with Google or Facebook
Don't have an account?
Create an Account
Forgot your password?
No Problem