The Len on Shutterstock.com
by Patrick Kearns
Share this article
You successfully shared the article.
Close

An estimated $4 billion is forecasted to flow into the U.S. real estate technology (proptech) space in 2019, a record for the industry, according to a new report from CB Insights, but experts in the space say the industry hasn’t come close to reaching its peak.

An estimated $4 billion is forecasted to flow into the U.S. real estate technology (proptech) space in 2019, a record for the industry, according to a new report from CB Insights. But experts in the space say the industry hasn’t come close to reaching its peak. 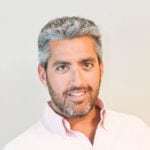 “We are still in the very beginning stages of this industry’s evolution,” Aaron Block, managing partner and director of MetaProp, a New York City-based proptech venture capital firm, told Inman.

Block told Inman this recent “lean-in,” was inevitable and is pretty much as one would expect, had they been watching this space. He said some are even asking why it’s taken this long.

“Many say that the industry is really five to seven years behind others like financial services,” Block said. “It might feel like an explosion but there is a lot of pent-up demand and very little research and development. It is all quite positive.”

Block said statistics show increased earlier stage startup deal flow and a flood of new ideas coming from entrepreneurs in the proptech space. And to complement that flow, more of the big industry players are embracing open innovation, according to Block, which creates even more opportunity.

Block said he’s also not concerned that the money will begin to dry up as more industry incumbents start to develop technology in-house.

“Most large companies realize they have no business trying to innovate on their own,” Block said. “And if they do not realize this, try as they may, they tend to fail.”

Andrew Flachner, co-founder and president of real estate tech startup RealScout, also believes that third-party tech vendors will always have a place in the business. 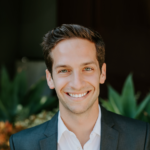 “While I think it’s true that the biggest players in the industry could attempt to go fully in-house, there’s only a few that have the scale to do so,” Flachner said. “For everyone else, this is a wake-up call that technology is an essential part of the real estate business, and for the right tools, I think that means spending will actually increase.”

Flachner’s advice to smaller companies competing for a piece of that capital pie, and trying staying relevant as company’s like RE/MAX and Compass look to build their own end-to-end real estate tech platforms? Focus.

“Most in-house platforms I’ve seen are going wide, which means they will have a base-line offering that checks a lot of boxes but falls short in delivering the most value in each product category,” Flachner said. “Know what you’re uniquely great at, then double down on that.”

Flachner also offered advice to brokerages thinking about building out their own technology.

“It’s worth noting that even the biggest and most sophisticated tech companies around the world rely heavily on third-party technology vendors,” Flachner said. “That’s because these companies recognize that they should focus on their core value proposition, and leave the tool-building to others. I think brokerages need to think carefully about what is worth bringing in-house, and what isn’t worth the resources or distraction.” 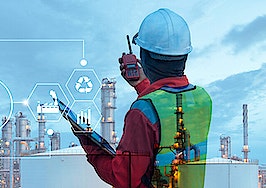