Brick and Mortar Ventures, a firm that thinks of itself as the “Fifth Wall of construction,” announced Tuesday that it now has nearly $100 million to pour into high tech startups.

The firm’s newly announced fund — which totals $97.2 million to be exact — will be used to invest in early-stage companies that focus on technologies in the architecture, engineering, construction and facilities management industries, according to a statement. Brick and Mortar founder and managing director Darren Bechtel added in the statement that “we are excited to formally announce our first institutional venture capital fund” after “flying under the radar for so long.” 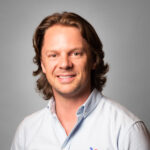 Bechtel, who has worked in the venture capital space for over a decade, first founded San Francisco-based Brick and Mortar in 2015.

He added in a conversation with Inman that Brick and Mortar is the “Fifth Wall of construction,” referring to the high-profile venture capital firm that last month announced a new $500 million fund. Fifth Wall Ventures has backed prominent companies such as Opendoor, and focuses on property-oriented technology, or “proptech.”

Though venture capital has been pouring into the proptech sector for some time now, Bechtel said that the building industry has lagged behind in terms of innovation and it has only been in the last few years that “you could build solutions that would radically disrupt construction productivity.”

“Construction has been plagued by a lack of investment,” he added. “But now in the last two or three years you’ve seen kind of a tectonic shift.”

Asked what parts of the construction and engineering industries are ripe for disruption, Bechtel pointed to the possibility of adding greater connectivity and automation to building processes, as well as to the prospect of developing better imaging tools. He also said that the construction industry is facing a labor shortage, which new technologies might help address.

“We’ve got the skilled workers, with the tribal knowledge, who are aging out,” he explained, adding that emerging technologies could be used to solve that problem.

Brick and Mortar’s new fund actually launched in late 2017 when the firm closed on $50 million. The company has used its money to invest in a variety of technology companies including Canvas, Connect Homes, Illumagear, SafeAI, Veerum, Ynomia, Curbio, Wingtra and others — all while continuing to raise money en route to the larger $97 million haul that was announced today.

Going forward, the firm plans to use its cash to invest between $1 million and $4 million in seed and series A funding rounds for additional companies.

Though it remains to be seen what technologies might emerge from the fund’s investments, Bechtel expressed optimism about the industry’s potential to experience disruption at the moment, ultimately telling Inman that “the time is now.”