You’ve been selling real estate for a couple of years now, and you’ve made a name for yourself. Some have said you’re a “top producer.”  So you think “I have an idea, I’ll get a team name, get some of my buddies to work with me, bring in some leads, lay back and wait for those Benjamins to start dropping. Welcome to easy street.”

That above line of thinking is where my head was at about 11 years ago. I had a handful of my “bros” hanging their license with me (for what reason, I have no idea).

I put all that aside four years later and started again with a single hire: a part-time assistant. Once again, you get to learn from all the stupid mistakes I made early in my career.

The evolution from a single agent to a team or even a brokerage is usually a long one with several steps in the process. The old saying “you have to crawl before you walk” is certainly relevant here. I see many agents stating that they are ready to hire a buyer’s agent and build a team. That’s not the way it should go.

The road to a team starts as a single agent who is producing at a high level. In many cases there are hires made and a team is formed without the top producing agent even realizing they formed a team. It is born out of necessity.

That’s exactly what happened with me. I started selling 30 homes a year over a decade ago, and I hired a contract-to-close (CTC) person on a transactional level.

This is where I think everyone should start.

In most cases, CTC isn’t paid when the contract falls out, so you pay out of the closing. A lot of agents that are attempting to build a team make the mistake of thinking the next step is to hire a buyer’s agent. I couldn’t disagree more.

Nine times out of 10, the agent you’re going to hire is going to be new to the industry and will require training and support. Devoting time to training this agent will very likely lead to a drop in production.

My advice for your first hire is to look for a licensed assistant. It can be someone who you hire as a strong admin and get him or her licensed, or you can post in the local agent Facebook groups that you’re looking for a non-producing licensed agent to hire as an assistant or office manager.

We all know people who started in the industry who just weren’t cut out for sales but have the attention to detail to help manage you. At this point, you can do one of two things: train the agent to do contract-to-close as well as other admin duties or just keep the CTC and have the agent work on admin, documentation and showing properties for you.

Note: The showing of properties from the assistant at this point should be just for when you’re in a real bind. The main job of this person is not to show properties. It’s just nice to have this person licensed for those times you are in a bind and when they conduct minor negotiations with the other agent and advise your client on minor issues.

Now you’ve laid the foundation, you can start to build the house. Your next hire needs to be a showing agent or a buyer’s agent or a mix of the two.

A showing agent is someone who shows your buyer clients’ homes but doesn’t take the deal from A to Z. Usually, this is someone who’s new to the industry and wants to learn in the field.

One of my star agents is building a team right now under our brokerage, and her first agent is both a showing agent and a buyer’s agent.  The new agent has access to this team lead’s pool of leads as well as our company pool of leads.

If those are converted, she acts as a buyer’s agent. When my team lead has a client she needs to have properties shown to, the agent acts as a showing agent. In this case, the team lead meets the buyer during the initial consultation, signs the buyer representation agreement and negotiates the contract with the selling agent when that time comes.

Adjust as you go

As buyer’s agents are added, it’s usually the case that the team lead will start to only take listings and handoff all buyer leads to the buyer’s agents. It’s not uncommon for the team lead to rarely give out listing leads. We operated this way for years.

Finally, I made the decision that the only way I was going to be able to properly grow our brokerage was to stop taking listing leads entirely. That was a huge awakening in my career.

We had a system down where when I went to a listing appointment, most of my work was done. The stager would come in, and my office manager (who started as an assistant) would coordinate everything else. I’d rarely go back to the property.

Once I stopped taking listing leads, I really found out how much time it was taking. The drive to and from the initial listing appointment, the conversations with the sellers and negotiating with the other agent was taking up more time than I realized. 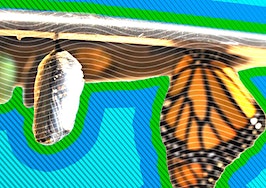 5 tips for getting past broker-owner growing pains 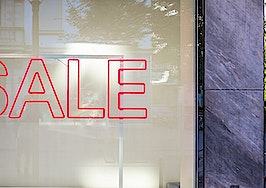 It ain't over 'til it's over: Jury's still out on discounted real estate services 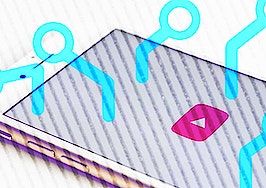 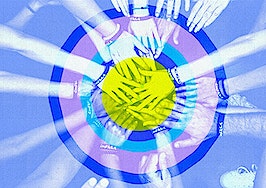