Tiffany McQuaid is the president of boutique brokerage McQuaid and Company Real Estate in Naples, Florida. The brokerage has about 30 agents (including two dogs who have their own agent pages) and focuses on the luxury market.

McQuaid has more than a decade of experience in real estate. She’s also currently working on a partnership with a firm in New York that will help buyers in the Northeast find properties on the sunny coast of southwest Florida. And most recently, she was out preparing for Hurricane Dorian.

McQuaid will appear at Inman Luxury Connect next month, and in the lead up to the event chatted with Inman about striking up partnerships, marketing properties and, in light of the hurricane, how agents can cope with climate change. What follows is a version of that conversation that has been lightly edited for length and clarity.

Inman: So first off, can you give me a preview of what you’re going to be talking about at Inman Luxury Connect?

Tiffany McQuaid: One of the things is an alliance that I’ve formed with a broker in New York City, Dolly Lenz. We’re both independent brokerage owners and we actually met through Inman several years ago. And I’ve been trying to get them to Naples for many years because those New York City people always want to go to the East Coast.

So I finally drug them over here and they fell in love because it reminded them a lot of South Hampton, where they also spend a lot of time. 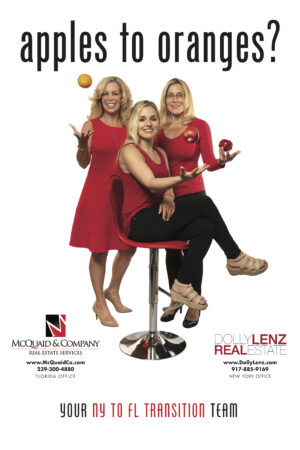 So we created a campaign called “Apples to Oranges” and had a photographer come in and shoot Dolly and her daughter Jenny and myself. And we’re kind of throwing apples and oranges in the air.

It’s letting people know that we’re your New York-to-Florida transition team and we’re going to give you all these reasons and understanding about why a move from New York to Florida has appeal.

So we saw a need. And to me Naples is kind of like the Beverly Hills of Florida. Although we don’t have the Hollywood back history and some of that, the areas in their design are very similar. So if you don’t want to have to deal with the flights going out to California and maybe potential issues that come up with the state taxes out there, this gives you an opportunity to come into a state that protects you tax wise, and be able to take advantage of the savings and the sunshine.

You mentioned the design of your area is similar to Beverly Hills, but it doesn’t have that cultural baggage that comes with Beverly Hills itself. Is this sort of a boom time for places like Naples that are great but might have played second fiddle to Beverly Hills in the past? Is this their moment now?

I believe that. There’s something to be said for best-kept secrets. As you go into certain areas as you’re traveling you find out where the best restaurants are. The hidden gems. The novelty places.

For us in Naples, and with other areas, we’ve been voted healthiest city in the country and best beaches and we’ve gotten a million different awards. But somehow our area has still been the best-kept secret.

You’ve got the tax savings and things that go along with being in areas like this. I think there are other pockets across the country that are very similar to that and offer that more relaxed type of environment and lifestyle.

What advice would you give to other agents and brokers working in places like Naples? Places that are best-kept secrets and hidden gems?

I think it’s so important that you find who your customer base is. Find a way to figure out where is that seed being planted. Where you can make a connection with another broker or another brokerage so you can create an exclusive relationship or a partnership that will afford you the opportunity to get them from point A to B.

Would you advise people to go down a similar path with interstate partnerships like the one you recently struck up?

Yes. But it’s going to depend on where they’re rooted. Not all areas are going to be pulling from other states. But I can see going forward, especially when you’re an independent brokerage, you have to look for creative ways to be able to expand your reach.

There’s so much business to be done in this country, and in some cases outside of this country. Everybody’s moving now. Everybody’s mobile. They find properties online. And if you can create a connection point for them in another area, a direct connection point and be able to hand them off knowing that they’re going to be taken care of, that’s a huge difference maker.

You just went through a hurricane and I’m glad you’re safe! But scientists tell us that these sorts of things may get more extreme and there are going to be more intense weather events. More sea level rise. And Florida is on the front lines of this. So what role can agents play in a world affected by climate change?

Certain areas are going to be affected by it more than others. And it’s one of those things that I think people recognize and hear about. But are they really processing it just yet? Are they really understanding that if sea levels rise and you’re right there front and center on the beach, are you going to be underwater? Are you going to have to worry about this? When is this going to happen? What’s anticipated?

This is where our value as an industry comes into play. Yes, anyone can Google and find out the research if they want to investigate it. But your value as a Realtor is, if you’re in an area that could be affected by something like this, you’re value is going to be in understanding.

So, can I assist this customer in making an informed decision if this is going to be their family home for the next 20 years? I want to be able to share this information as I know it. That is ultimately going to be part of the added value. And if you’re not paying attention to that, you really should. 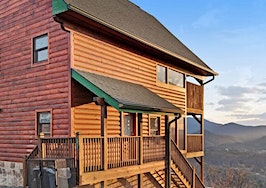 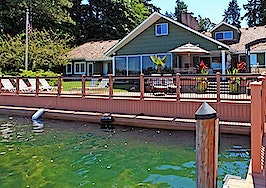 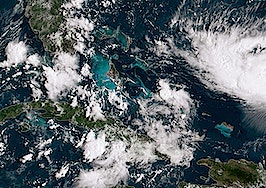 Agents brace for Hurricane Dorian, step up to serve the community 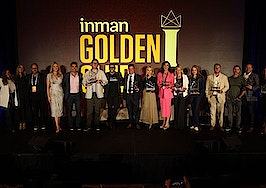 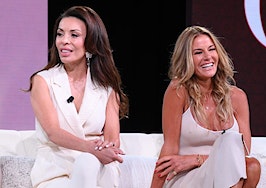